A FLORIDA man accused of groping a woman aboard a Southwest Airlines flight over the weekend has used a bizarre excuse to justify his lewd actions.

Bruce Michael Alexander, 49, told police “the President of the United States says it’s ok to grab women by their private parts,” according to court documents.

A criminal complaint states Alexander grabbed the right breast of a woman seated in front of him while aboard Flight 5421 from Houston, Texas, to Albuquerque, New Mexico, on Sunday. The victim told police that she dozed off after boarding and within 20 minutes into the flight, she felt “a movement on the right side of her sweater,” the complaint says, adding that the woman had initially assumed the touching was an accident.

Roughly 30 minutes later, the victim “felt fingers slowly grab the back of her arm, squeezing above the elbow, then slowly and ‘attentively’ grope her right side, again at and around her ribs and ‘bra line’”, according to the court document.

‘NAZI’ FIGHTER CRASHES ON US HIGHWAY

The hand, the woman said, “had thick fingers, were hairy and dirty fingernails.”

After the second groping incident, the victim turned around “and told the passenger behind her that she didn’t know why he thought it was ok (to touch her) and he needed to stop.”

The woman then asked a Southwest Airlines crew member to reseat her, and she moved to the back of the plane.

When Alexander was later arrested on a federal charge of abusive sexual contact, he reportedly referenced President Trump’s infamous “grab them by the p***y” quote in the back of a police car. 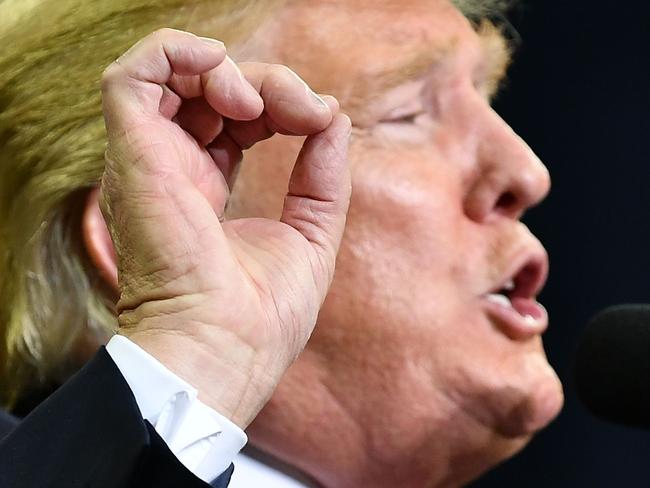 “Later, in the vehicle, Alexander stated that the President of the United States says it’s ok to grab women by their private parts,” the criminal complaint says.

Mr Trump was the star of The Apprentice TV show when he was caught on a hot microphone bragging to Billy Bush, then the host of Access Hollywood, about how his fame enabled him to kiss and “do anything” to women.

The tape emerged during the 2016 presidential election.

If convicted, Alexander faces a maximum penalty of two years in prison and a $250,000 fine.

This is an edited version of a story that originally appeared on the New York Post. It is republished with permission.

Escape the West Coast with this Utah Road Trip

A Spring day trip to Kawagoe ·

What Travelers Need to Know About Italy's Free Museum Weeks