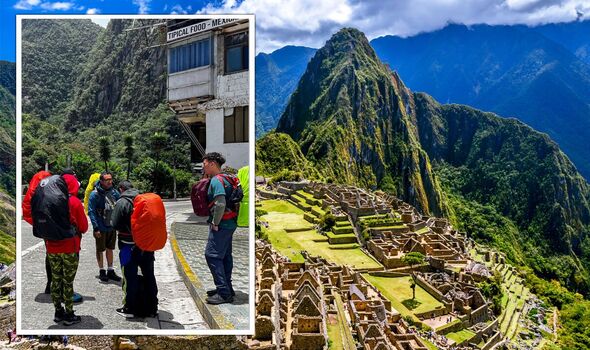 Peru has closed its famous tourist site Machu Picchu over safety concerns. Dozens of people have been killed in violent protests in the South American country.

Rail services to the 15th century Incan citadel were suspended on Thursday and last month the authorities had to rescue hundreds of tourists after they were stuck there.

Peru’s Culture Ministry said in a statement that those who had already bought tickets to the ancient site would be able to use them for one month after the end of the demonstrations or have a refund.

The site, which is one of the New Seven Wonders of the World, has been closed until further notice.

On Friday, tourism minister Luis Fernando Helgado, told AFP that “tourists couldn’t leave because the railway had been damaged in different places”.

Peru has been rocked by demonstrations as protestors call for fresh elections and the new president, Dina Boluarte, to stand down.

The protestors are calling for her left-wing predecessor, Pedro Castillo, to be released from prison. Mr Castillo has been charged with rebellion and conspiracy.

Mr Castillo denies all the accusations against him and insists that he is still the country’s legitimate president.

At least 58 Peruvians have been injured in the protests, according to the BBC. Police have fired teargas at protestors in the capital city, Lima.

The European Union has condemned the violence and called for an end to “disproportionate” violence by the police.

It said: “The EU calls on the government and all political actors to take urgent steps to restore calm and ensure an inclusive dialogue with the participation of civil society and affected communities as the way out of the crisis.”

Some areas of the country are under a state of emergency and there is a curfew in place in the Puno region.

Tourists should follow the advice of local authorities and their tour company or holiday provider.

More advice for British tourists in Peru can be found on the FCDO website.

The Best Dog-friendly Hikes in the U.S. – From Easy Loops to Tougher Treks