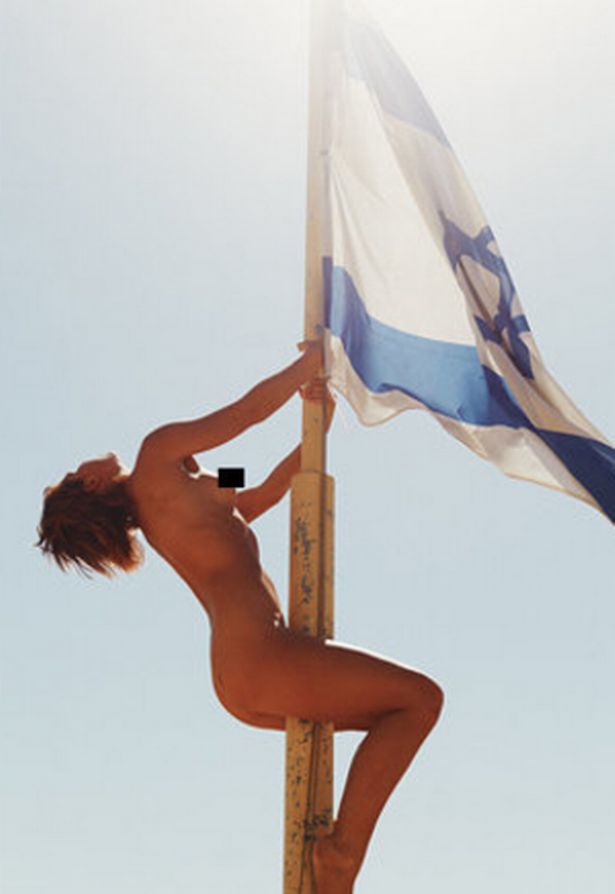 Marisa Papen refuses to let anything get in the way of her nudity.

Last year, the controversial blogger was jailed after she was caught posing naked at an ancient Egyptian temple.

But this brush with the law hasn’t deterred the passionate naturist as she’s continued travelling the world taking saucy snaps.

In a recent blog post, Marisa shared pictures from her a recent trip to Israel.

She revealed that she had stopped off at various places to take photos, from the Dead Sea to Jerusalem.

As the nation was celebrating 70 years of independence, the model stripped off at the different locations.

Most of the images were shot at remote locations, including the Judean desert.

But in some, Marisa dared to flash the flesh in close proximity to locals and tourists.

In one risqué snap, posed on a roof building near the Western Wall.

People could be seen walking around in the background as she soaked up the sun in the buff.

The phallic-looking photo sent shockwaves as soon as it was uploaded online.

On Marisa’s blog, one commenter said: “What exactly does this stand for?

“Cluelessness and disrespect in the extreme? What a dumb airhead.”

“You call it freedom? More like stupidity over an obsession of numbers.”

While the images received some backlash, Marisa says that she posted them to “push boundaries”.

She wrote: “After my escapades in Egypt. I knew that I wanted to push the boundaries of religion and politics even further.

“Breaking down the walls that have been build to keep all our wandering souls on this planet somehow under control.

“With other words, showing my personal religion in a world where freedom is becoming a very luxurious thing.”

Marisa’s fans also defended her for taking the racy photos.

One said: “You are a beautiful woman. Please keep expressing yourself in any shape or form.”

Another wrote: “Every picture you are in is a step closer to artistic freedom and freedom in every meaning of the word.”

A third added: “Huge respect! Thank you for making this art.”

Traffic chaos in first weekend without Melbourne’s ring of steel

A health expert says you can travel after the first dose of Pfizer or Moderna's vaccine, but you should still avoid crowds