The Northern Territory border has reopened for everyone except Victorians and Sydneysiders who will have to pay $2500 to quarantine before they can holiday in the area.

From 12.01am on Friday, domestic travellers from all over the country are able to enter the Territory with no need for quarantine, but Chief Minister Michael Gunner has named all of Victoria, Sydney and the Blue Mountains in NSW as hot spots, meaning those residents are not eligible.

Speaking on Wednesday, Mr Gunner said he would “keep hard borders” for as long as it took to keep Territorians safe.

“Our borders are still closed to all states and territories until Friday,” he said. Anyone arriving in the Northern Territory from a hot spot will be taken to quarantine at the Howard Springs facility, a disused mining camp, at their own cost.

There are no travel exemptions for people arriving from hot spots, with the NT Government advising those planning to visit the Territory from a hot spot to “cancel your plans”.

Anyone planning to cross the border will need to fill out a border entry application and present it upon arrival.

The decision to open borders to Sydney will be reviewed in two weeks – a full cycle of the virus, and Mr Gunner told reporters he did not expect restrictions to be in place “for as long as Victoria”. 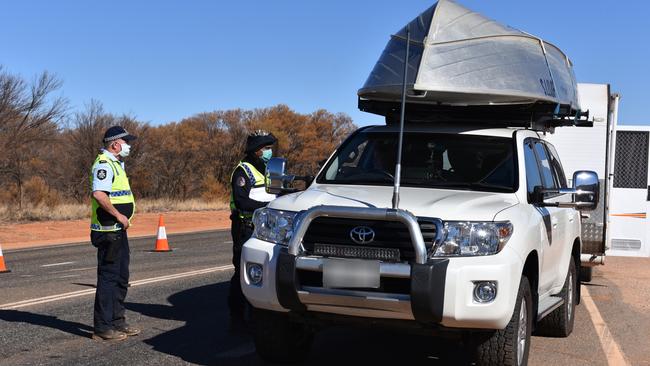 Anyone hoping to cross the NT border will have to fill out an application, while anyone coming from a hot spot will have to spend $2500 on mandatory quarantine. Picture: NT PoliceSource:Supplied

“This will stay in place for as long as we need it to until we are confident it is under control,” he said.

South Australia and Queensland have also imposed border restrictions on parts of Sydney as it suffers a rapidly spreading outbreak of coronavirus.

At least 34 people have contracted the virus throughout the city since a Melbourne freight worker travelled to Sydney for work and went to the Crossroads Hotel in Casula with colleagues.

Holidays: Most powerful passport in the world for 2020 revealed – how did UK rank?

The Whitsundays is back with new experiences ·

Passengers violently ejected from their seats on turbulent flight

Delta to Connect Minneapolis-St. Paul and Mexico City with Aeromexico