Our series featuring the holiday adventures of famous people continues.

He reminisces about singing sea shanties while sailing around the Caribbean and running through snake-infested grassland in Zimbabwe. 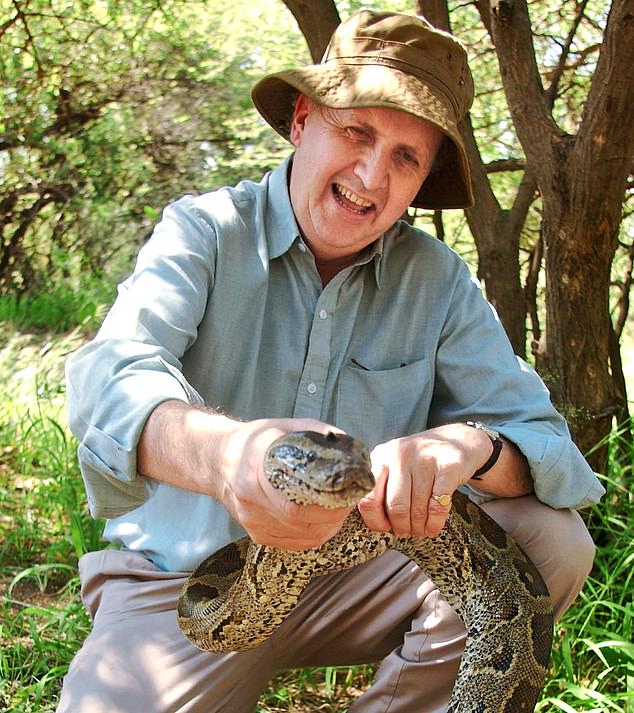 Plucky: Alexander with a python in Botswana in 2003

The first holiday I can remember

When I was a boy we lived in what is now Zimbabwe. At the age of four, we went on a family holiday to a village near Durban in South Africa. We stayed in a hotel that had a long veranda, the floor of which was made of cement covered with red polish. We children made a lot of noise because we liked to run up and down it, incurring the wrath of a permanent boarder in the hotel, an elderly woman.

I was a student when I went to Rome and saw my first opera – Cavalleria Rusticana by Pietro Mascagni. I sat next to an elderly man in the gods who hummed the music while following the score open on his lap. I disapproved greatly – stuffed shirt that I was at that age. I should have joined in.

I then went on to Greece, where I stayed in a dirt-cheap hotel in Athens. It cost something like one US dollar a night. In the early hours, someone tried to break into my room. I got out of bed and kept my shoulder to the door until the intruder eventually went away. It was a character-building experience.

As far as I recall, my school never did any trips – anywhere. It was very dull. I suppose the sports teams went off to play games against other sides, but I was never good enough to be chosen. However, I did go on holiday with school friends, including a memorable camping trip when I was 12 to a remote spot in the hills near Bulawayo in Zimbabwe. When darkness fell, we became so petrified that we made a desperate run through the night, probably in dangerous circumstances, because there were snakes around. We eventually reached a farmhouse and telephoned home. 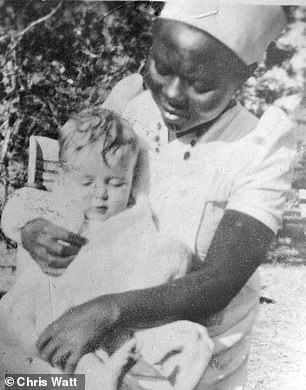 Alexander with a nurse in Zimbabwe when he was a youngster

I’ve had some great holidays with my wife, Elizabeth, and our two daughters, but over the past five years I have taken to doing a special boys’ holiday with eight old friends, with our wives’ permission. We charter a boat and sail around the Caribbean, Thai waters, or Greece. We revert to being 18 again. It’s like going off on scout camp and we love it. We are a singing boat, and we sometimes sing in bars in the harbours in which we call. We perform The Pirates Of Penzance and sea shanties.

An uncomfortable camping holiday in the wilds of eastern Canada – I can’t recall exactly where. I had no inflatable mattress, it rained and I became ill after eating a hot dog infected with E.coli.

Reading matter and my notebooks. If you have something to read, airports are bearable. I read books I don’t normally have time to tackle, such as a lengthy novel by Anthony Trollope.

Mount Athos in Greece, the centre of Greek Orthodox monasticism. You have to get special permission to go, but once you obtain it you can stay in the monasteries as a guest. They serve simple fare and you have time to think.

The Whitsundays is back with new experiences ·