From visiting a polka dot museum to dining in the mountains of Peru: New ‘bucket list’ reveals the 50 top things to experience in the world right now

A brand new ‘bucket list’ has revealed the best 50 things to experience in the world right now – and visiting a polka dot museum in Japan is top.

It beat a night of partying at a famous New York hot spot as well as a having a sauna in an egg-shaped pod in Swedish Lapland.

The list has been put together by local Time Out editors, city experts and 15,000 people surveyed across the world. Here we put the spotlight on the top 10 in order of must-do… 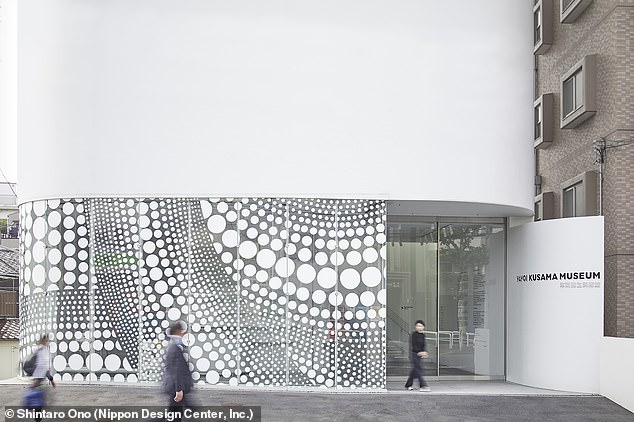 The Yayoi Kusama Museum in Tokyo, which gives fans of the artists an intimate glimpse into her work

The Yayoi Kusama Museum is a slender, minimalist space that opened in 2017.

It is a polka dot paradise and Instagram heaven, giving fans of artist Yayo Kusama an intimate glimpse into her work.

Time Out said: ‘Those who nab some are rewarded with an unforgettable experience of beautiful masterworks.’ 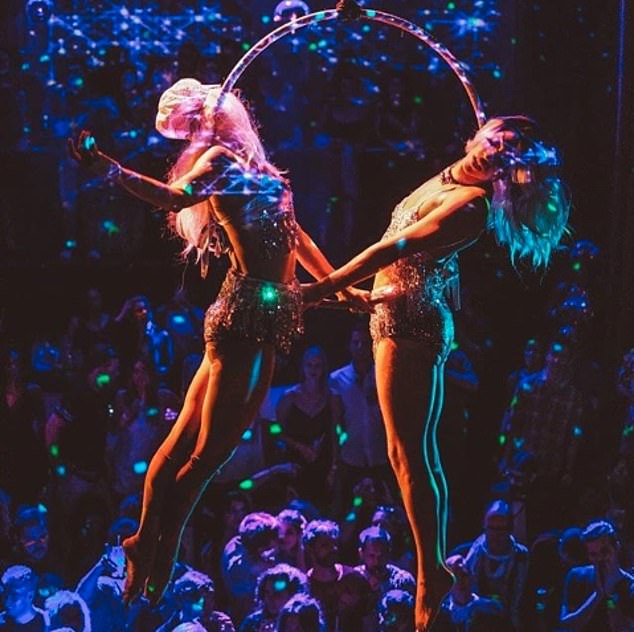 Located in Brooklyn’s Bushwick neighbourhood, House of Yes is a hidden-away club celebrating all things hedonistic.

According to Time Out, it is a place where anything goes, and it is keeping the city’s weird streak alive.

On any given night, the house is packed with body painters, aerialists, dancers and more. 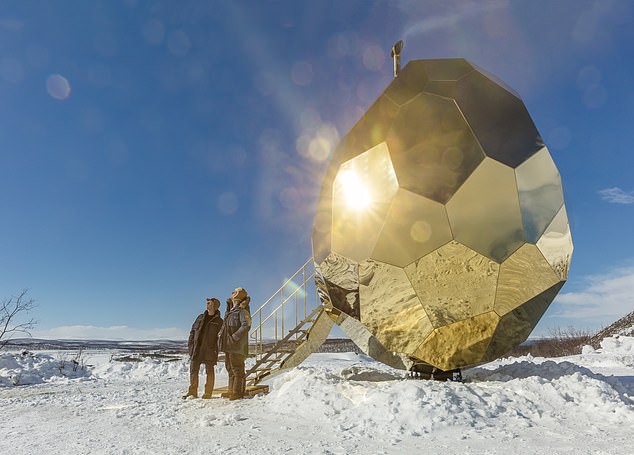 The solar egg, which houses an ‘insanely cool sauna’ is located in one of Sweden’s northernmost towns

Kiruna is one of Sweden’s most northernmost towns and home to an out-of-this-world sauna.

Solar Egg is a giant, shiny golden-mirror-clad social sculpture by artists Bigert & Bergström, laid on a hilltop and surrounded by Lapland’s icy landscape.

Time Out say it is an insanely cool sauna and a warm cocoon to enjoy and follow with a reinvigorating naked roll in the arctic snow. 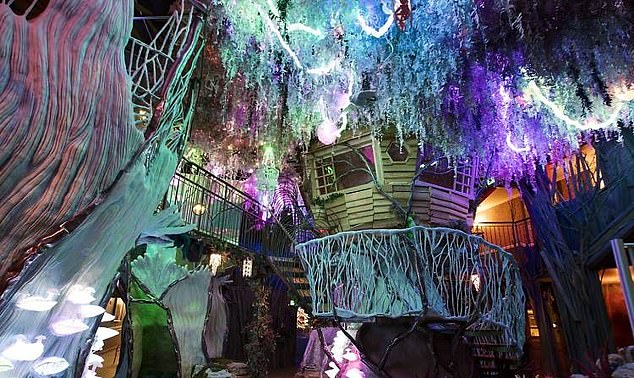 Taking entertainment to the next level, Meow Wolf in Santa Fe is an immersive, interactive art installation.

Inside an unassuming building in the city’s industrial district is the ‘House of Eternal Return’ – a multi-dimensional experience for adults and kids alike, featuring mind-bending and magical worlds, accessed through secret passages.

Sliding down a washing machine or climbing through a refrigerator, visitors land at the end of the tunnel in a lounge space, which is a room aglow with twinkling blue stars. 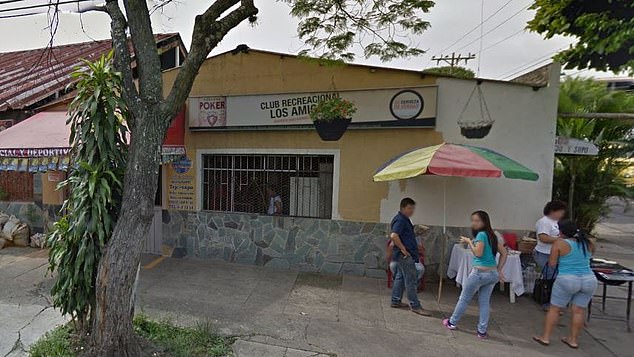 The Los Amigos Club in Cali, Colombia, where visitors can play the bizarre sport of tejo

But there is a twist: the clay is embedded with small explosives, which prove particularly difficult to avoid after a couple of drinks.

Time Out said: ‘The late Anthony Bourdain made Tejo internationally popular; he learned to play it at Los Amigos Club in Cali, where visitors can still toss a tejo puck, drink too much of the local brew and hang out with regulars.’ 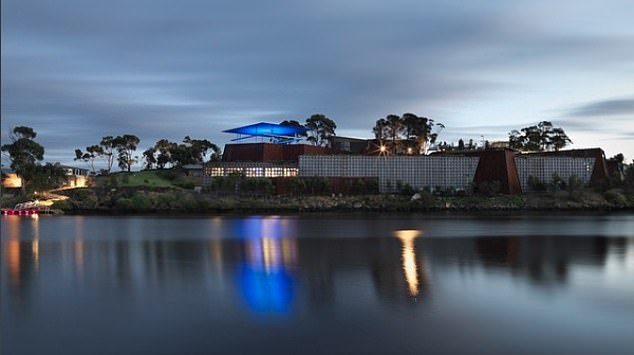 The Museum of Old and New Art in Tasmania, which Time Out say is full of surprises

The Museum of Old and New Art is full of surprises, say Time Out. It is built underground, accessed by a high speed, camo-painted ferry and was funded by the gambling proceeds of owner David Walsh.

Located in Hobart, Tasmania – Australia’s island state – the museum’s most recent addition is the Pharos Wing, described by Walsh as ‘a testimonial to the power of light as art’, and features four majors works by James Turrell among others.

In fact, it is one of the only places in the world right now to experience one of his perceptual cells: a fully immersive light bath that has been described as being like a hallucination. 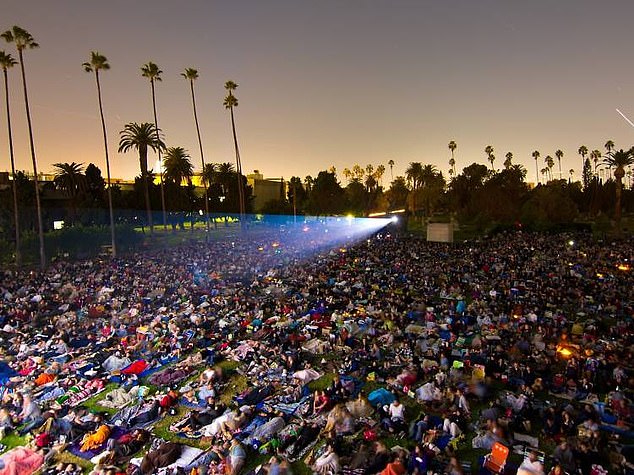 There is hardly a more magical movie experience in this world than Cinespia’s cemetery screenings which bring hoards of movie lovers to the hallowed resting place of Hollywood stars such as Bugsy Siegel and Rudolph Valentino.

According to Time Out, it isn’t summer in L.A. until Angelenos flock to the Hollywood Forever Cemetery lawn – packed with drinks, snacks and blankets – to watch classic and cult films projected onto the side of an enormous mausoleum. 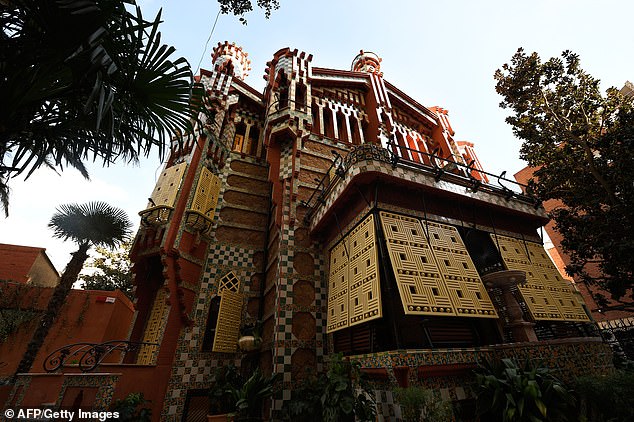 Casa Vicens in Barcelona, which was declared a UNESCO World Heritage Site in 2005, but only opened to the public in November 2017

Mention Barcelona, and the Gaudí wonders of Sagrada Familia and Park Güell are always going to be at the top of a traveller’s must-see list.

But the most recent Gaudí to open to the public was in fact his first major architectural undertaking, and an inspiration for his later works.

Casa Vicens was declared a UNESCO World Heritage Site in 2005, but only opened to the public in November 2017. Since then visitors have been able to explore the house designed in 1853 as a summer resort in the Gràcia neighbourhood. 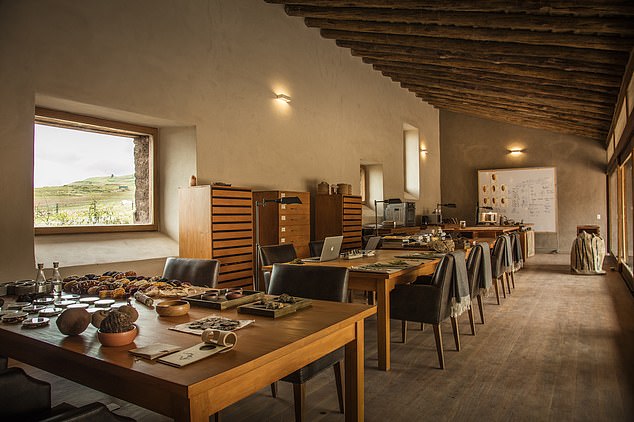 The Mil restaurant in Peru, which is dedicated to high-altitude cuisine and only serves ingredients grown above 11,500 feet

Mil is Peru’s only restaurant dedicated to high-altitude cuisine.

Guests of this unique restaurant overlook the ruins of Moray – built by the Inca as an agricultural laboratory.

As an homage to these former innovators, the restaurant only serves ingredients grown at 11,500 feet or above. Diners enjoy eight ‘moments’, featuring local wine, alpaca and a handful of Peru’s 4,000 types of tubers. 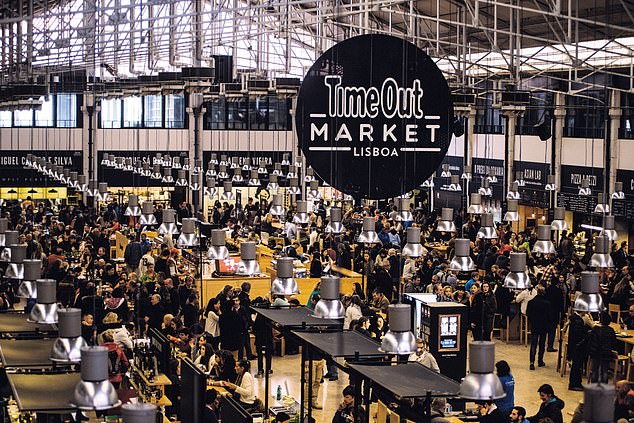 Once a neglected building, in 2014 Time Out Lisbon editors went about turning the Mercado da Ribeira into Time Out Market, a food and cultural market bringing the best of the city under one roof.

According to Time Out, the market is popular with both locals and tourists a 3.6 million visitors came to the market in 2017 to explore food from 32 restaurants and kiosk and enjoy drinks from eight bars and cafes.

There are also five shops, cooking workshops in the Chef’s Academy and events in the Time Out Studio, a 900-capacity entertainment venue.

THE TOP 50 THINGS TO DO IN THE WORLD RIGHT NOW

26. The Field of Light, Uluru (Australia)

Bud Light Is Celebrating Its New Hard Seltzer Flavors by Giving Fans $1,000 for Their Next Trip

The most jaw-dropping bridge in your state and DC

Mum says she bagged five-star holiday for £1.40 and you can too