Mykonos to Gatwick is revealed as Europe’s most disrupted flight route of 2018, with 75 per cent of journeys suffering delays

The flight route from the holiday island of Mykonos to London Gatwick is the most disrupted in Europe, according to new research.

Three-quarters of flights heading from the Greek destination to the UK’s second busiest airport experienced either cancellations or delays of more than 15 minutes from January 1 until October 9 this year.

The second most disrupted flight route is Lisbon to Rome Ciampino followed by Lisbon to Brussel Charleroi. In fourth is the route from Gatwick to Bucharest, which experienced disruptions 71 per cent of time, the figures revealed. 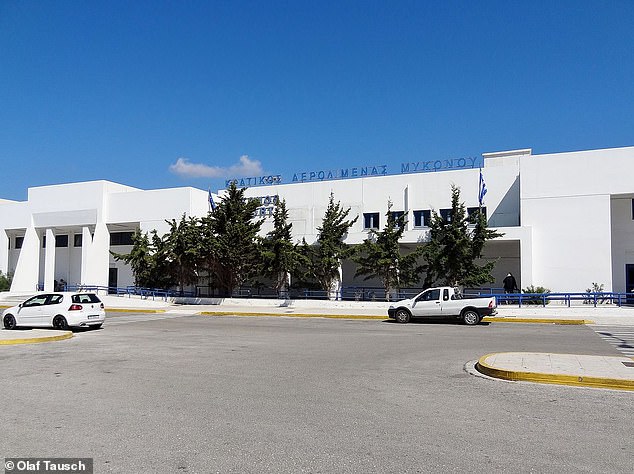 The most disrupted flight route in Europe is from the airport on the Greek holiday island of Mykonos, pictured, and London Gatwick, according to new research

The study of European flight data throughout 2018 was carried out by flight compensation company AirHelp.

It said it looked at figures from government agencies, airport databanks, flight-tracking vendors, historical resources and commercial data brokers to build up a real-time picture of flight disruptions.

The fifth most disrupted route on the list is Frankfurt International to Pristina International followed by Venice to London Luton, with more than two thirds (68 per cent) of travellers experiencing disrupted flights on this journey in 2018.

Overall, the research found passengers travelling via UK airports are more likely to suffer delays and cancellations than any other European air travellers, with UK airports featuring in 25 of the 50 worst European flight routes.

The research also produced a top-five ranking for the most disrupted flights for UK departures. After London Gatwick to Bucharest Henri Coanda in the table is London Luton to Ibiza (62 per cent), Gatwick to Cork (60 per cent), Manchester to Istanbul (59 per cent) and in fifth place, London City to Lisbon (58 per cent). 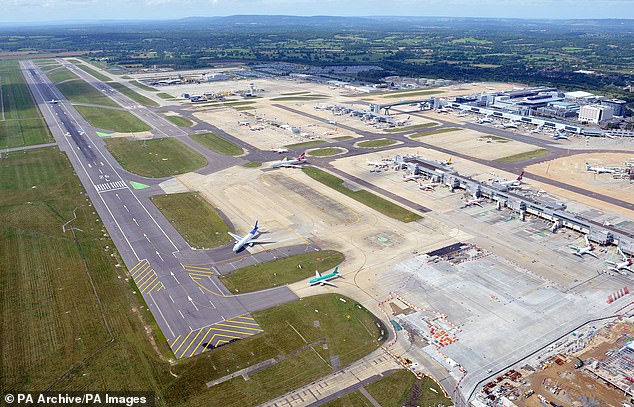 The fourth most disrupted routs is from Gatwick, pictured, to Bucharest, which experienced disruptions 71 per cent of time, the figures revealed

Meanwhile, passengers flying on a Tuesday are least likely to suffer delays and cancellations, with 78 per cent of flights arriving at their destinations on time, according to the research.

However, weekend travellers should be prepared for travel misery – more than one in four flights (29 per cent) are delayed or cancelled on Sundays, the study found.

‘UK air passengers have suffered an unprecedented level of flight disruptions this year, with over 186,000 departing flights delayed or cancelled to date in 2018 – that’s over 27,000 more UK flights affected than last year.

‘With a growing number of delayed and cancelled flights, European air passengers are enduring a rising tide of travel misery.

‘Although it’s not always possible to avoid travel disruption, we urge affected passengers to check whether they are entitled to financial compensation.

‘With 86 per cent of UK air travellers unaware of their air passenger rights, many are missing out on the compensation to which they are entitled by not filing a claim.’

THE 50 MOST DISRUPTED FLIGHT ROUTES IN EUROPE 2018

Is The Start Of A New Year A Good Time To Break Up? Experts Say Feel Free