During this week’s episode of Lunch Money Martin on 5 Live, Martin Lewis shed some joyful news among the Brexit chaos.

British PM Theresa May has failed to get the Commons to agree on her Withdrawal Agreement on two separate occasions.

It is unlikely a deal will be passed before the March 29 deadline, with the European Union offering later dates of April 12 and May 22 as alternatives.

Holiday-goers may have been reluctant to book trips abroad this weekend with the Brexit deadline predicted to cause disruption.

But, in Martin’s top tips segment at the end of the show, he claimed that has all changed.

Martin said: “It was meant to be Brexit weekend this weekend.

“It’s no longer Brexit weekend, the risk has gone.

“And it would be worth it if you fancied a week or weekend away checking whether you can get a cheap trip away this weekend.”

That has proven to be the case, with Ryanair, TUI and Thomas Cook all slashing prices. 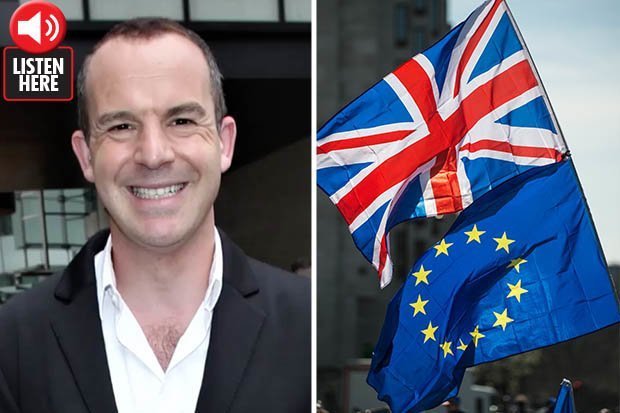 The Irish airline is offering one-way flights to the French region of Dole for just £7.97 from London Stansted on Saturday.

Bargain grabbers can also jump on £7.97 flights to Mallorca from Bournemouth on Monday.

Meanwhile, TUI is offering flights and accommodation from Manchester to Malta for just £255pp.

And Thomas Cook is selling a week from Birmingham to Lanzarote on 29 March for £234 per person, a trip which includes 3,500 miles of flying.

Only yesterday, the Money Saving Expert hit the headlines after revealing how to get a free £50 gift from Spotify.