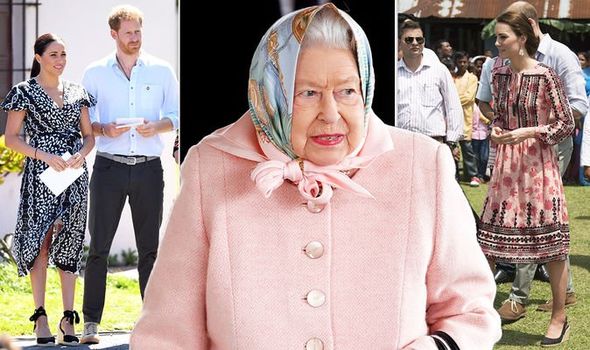 Meghan Markle and Kate Middleton come from very different backgrounds and, before their marriages to the British Princes, had very different lifestyles. However, there still have plenty in common, with one being their stylish fashion sense. What’s more, both Meghan and Kate have enjoyed much travel abroad during their time in the Royal Family.

Both royal women like to wear espadrilles when they travel to warmer counties.

Espadrilles are usually wedges with a canvas or cotton fabric upper and a flexible sole made of esparto rope.

Kate was seen wearing espadrille shoes during her royal tour of India in 2016 with Prince William. 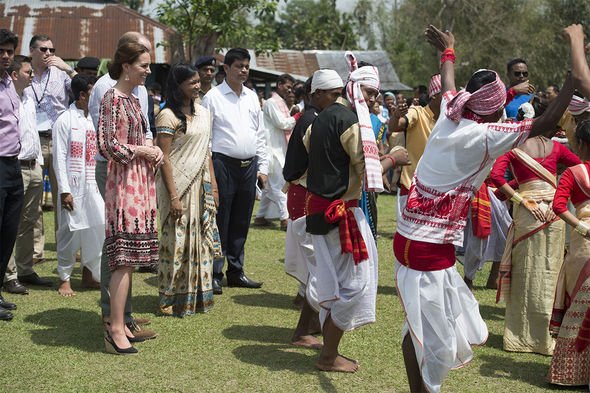 Meghan sported the footwear during her official royal tours to Australia and New Zealand in 2018 and to South Africa in 2019.

Espadrille shoes are favoured by many women looking for a solution to a cool yet comfortable shoe in hot weather.

However, there’s one woman who really doesn’t like espadrilles at all.

Queen Elizabeth, 93, is said to have a very dim view of the shoe style indeed.

“The Queen isn’t a fan of wedged shoes,” a source once told Vanity Fair.

“She really doesn’t like them and it’s well known among the women in the family.”

Interestingly, the monarch’s low opinion of wedges doesn’t seem to have prevented Kate or Meghan from sporting them.

Espadrilles are not the only type of shoe Kate likes to take with her when she travels. 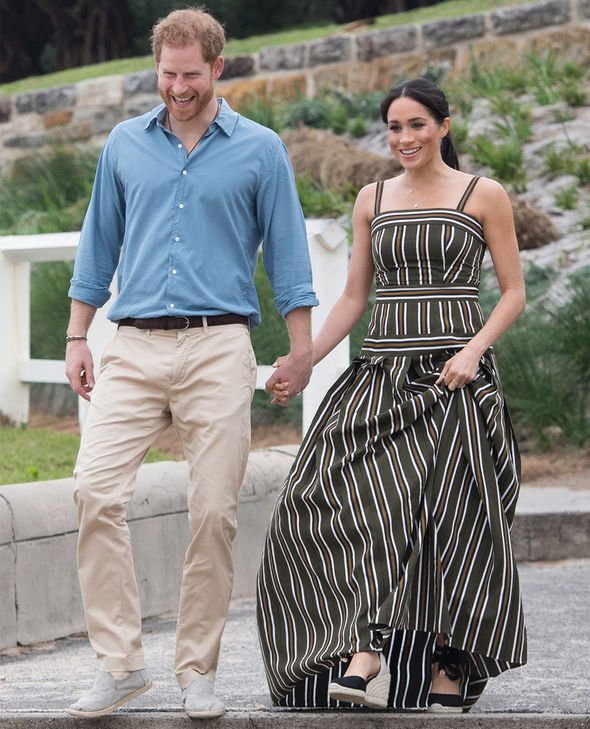 On multiple occasions – in countries across the globe – thrifty Kate has worn a pair of trusty boat shoes.

The pair of Sebago taupe suede and white Bala slip-on loafers have been frequently spotted on the Duchess’s feet.

She wore them sailing in Auckland Harbour in New Zealand, on safari at Kaziranga National Park in India and to row dragon boats on Dalvay Lake in Canada.

The 100 per cent leather shoes feature a latex foam cushion in the footbed and claim not to “compromise style for comfort.” 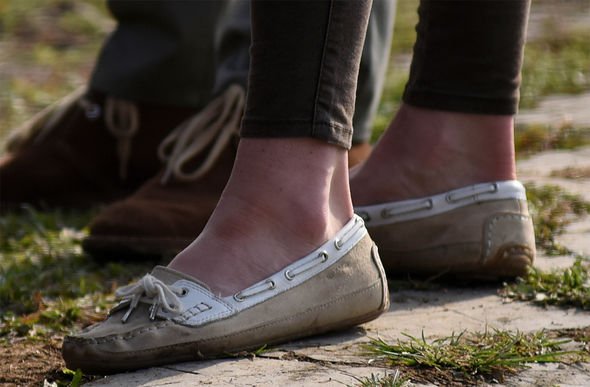 According to manufacturer Sebago, the loafers are “welcome footwear for lunch, errands, and just dashing around. A traction-ready outsole keeps things steady on- and offshore.”

Both Kate and Meghan also choose to wear clothes from local designers when they go abroad on royal tours (although now Meghan has stepped down as a senior royal this fashion rule will no longer apply).

For instance, during Kate and William’s royal tour to Pakistan last year, the mother-of-three sported a black and white embroidered kurti by Pakistani designer label Elan with white trousers.

When Meghan was in South Africa with Harry in 2019 she wore a white shirt dress from local South African designer, Hannah Lavery.

Airbnb to Pay Estimated $250 Million to Hosts Impacted by Coronavirus