As adventures go, few are as overblown as the one embarked upon recently by one Steven Payne, who most definitely has a yen for the eccentric.

For the former physics teacher from Chichester managed to traverse the Alps – on a space hopper. 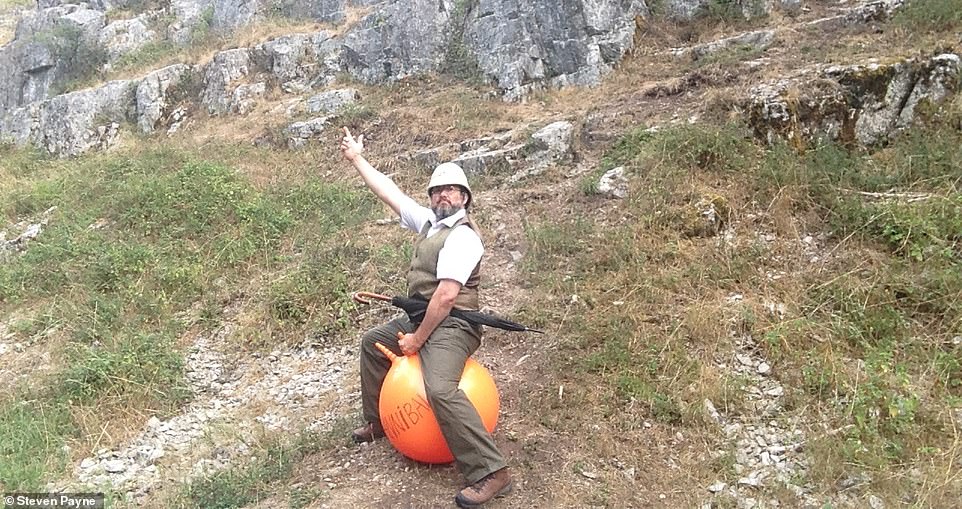 Steven Payne, from Chichester, bought a space hopper on eBay and hopped 76 miles from Italy to Grenoble in Switzerland 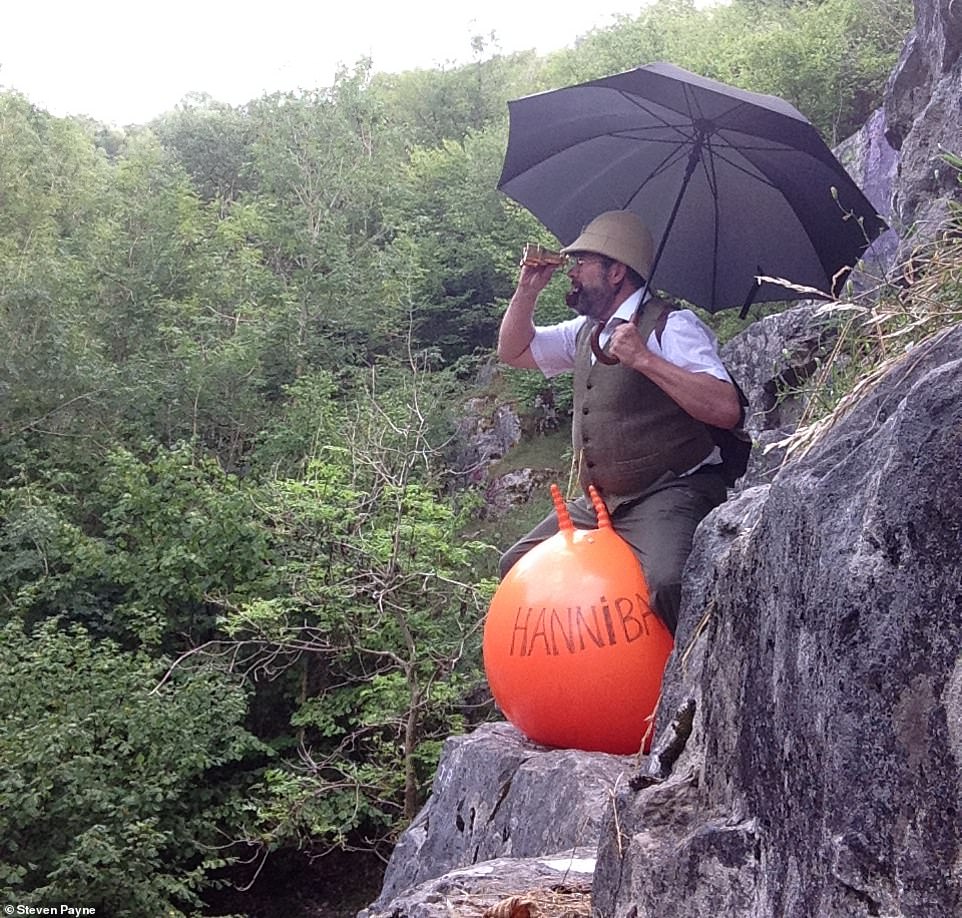 Mr Payne dressed in the style of a true English eccentric for his journey – completely inappropriately. He said: ‘‘I wore a tweed suit, pocket watch, 1880’s pith helmet and carried an umbrella and pipe. This was because a chap has standards and I would not wish the English to get a reputation for looking scruffy abroad’

It was never designed to tackle major mountain ranges, but that’s precisely what appealed to the 55-year-old.

He wanted to find out if it could be done.

And to raise awareness for a cause close to his heart – homelessness.

He told MailOnline Travel that the idea for the adventure came from a conversation he had with a homeless man he had bought dinner for.

He said: ‘I asked him over a steak and kidney pub lunch how hard it was in Chichester to live homeless, and he likened it to “crossing the Alps on a space hopper”. That is, something impossible that you never think you will have to face, until it happens.’

The seed was sown.

Mr Payne just had to find out if he could indeed cross the Alps on an inflatable toy.

Being no stranger to quirky adventures – he had already walked from Southampton to Canterbury in medieval pilgrim’s clothes and ridden the river Wye in a coracle in a recreation of the journey of St Brendan the Navigator – he was confident of success.

He bought a 1970s space hopper on eBay and practised on nearby hills – and spent the next eight months researching and planning his odyssey. 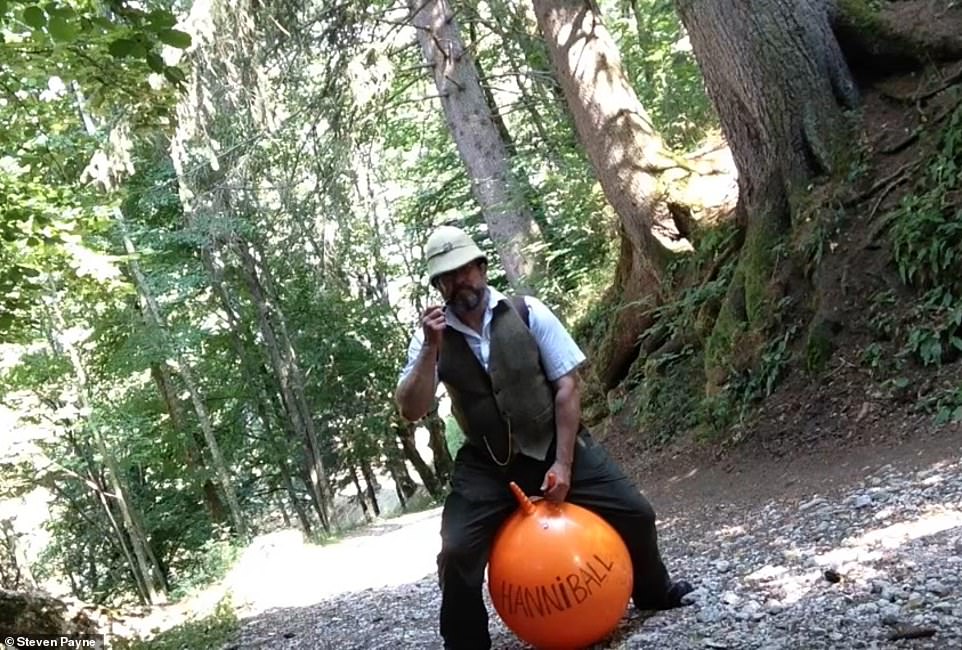 Mr Payne reached heights of 7,000ft along the way. His starting point was  Bardonecchia and the journey took 17 days

#1 In 2016 was a walk in 14th century medieval pilgrims clothes, in winter, from Southampton to Canterbury for the annual celebration of the life of St. Thomas Becket on 29th January. During this walk (the first time it had been done in authentic period clothing since Henry VIII shut down the monasteries), I slept rough under trees and bushes along the way, just as many of the pilgrims would have.

#2 In 2017 was a recreation of the journey of St. Brendan the Navigator across Wales, in a coracle, from Plynlimon mountain, down the entire course of the river Wye, and then to the ruins of Llancarfan Abbey in South Wales.

I was the first person to recreate this journey and the first to sail the River Wye in a coracle.

Then on August 1 this year he arrived in the resort of Bardonecchia in the Italian Alps with the aim of bouncing his way to Grenoble in Switzerland, 76 miles (122 kilometres) away.

And dressed in the style of a true English eccentric – completely inappropriately.

He said: ‘I wore a tweed suit, pocket watch, 1880’s pith helmet and carried an umbrella and pipe. This was because a chap has standards and I would not wish the English to get a reputation for looking scruffy abroad.’

The trip, he explained, had its ups and downs, but it was ultimately a success.

He continued: ‘I reached heights of almost 7,000 feet, twice the height of Mount Snowdon, one quarter the height of Everest and reached Grenoble in France after 17 days.

‘Hannibal and Napoleon famously crossed the Alps in 212BC and 1800AD respectively, but going the other way.

‘Napoleon Blownapart popped on day five, Nelly blew off a mountainside on day 14.

‘I suffered heatstroke, altitude sickness and a twisted knee along the way. And I often had to wash myself and my clothing in mountain streams which were extremely cold, as they were basically run-off from high glaciers.’

Surprisingly, no one seemed that surprised that an Englishmen was undertaking such a quirky endeavour.

Mr Payne said: ‘The many European people I met on my recent Alps trip seemed very supportive of my journey, if a little incredulous about the manner of it. None seemed at all surprised that an Englishman should be attempting this.’

Upon completing the journey he wrote on Facebook: ‘The thing I am really looking forward to, the thing that makes Chichester really stand out, is that it is flat!’

For his next adventure Mr Payne intends to use his favourite mode of transport – the penny farthing.

He said: ‘My main hobby and form of transportation, and the reason I am generally known in town, is for travelling everywhere on my penny farthing.

‘My next adventure is in the planning stage. I hope to ride from London to Paris on my penny farthing in a full suit of medieval armour. I have already completed several short journeys around West Sussex and Chichester as a “proof of concept”.’

There’s certainly no sign, then, that his adventuring ambitions are about to be deflated. 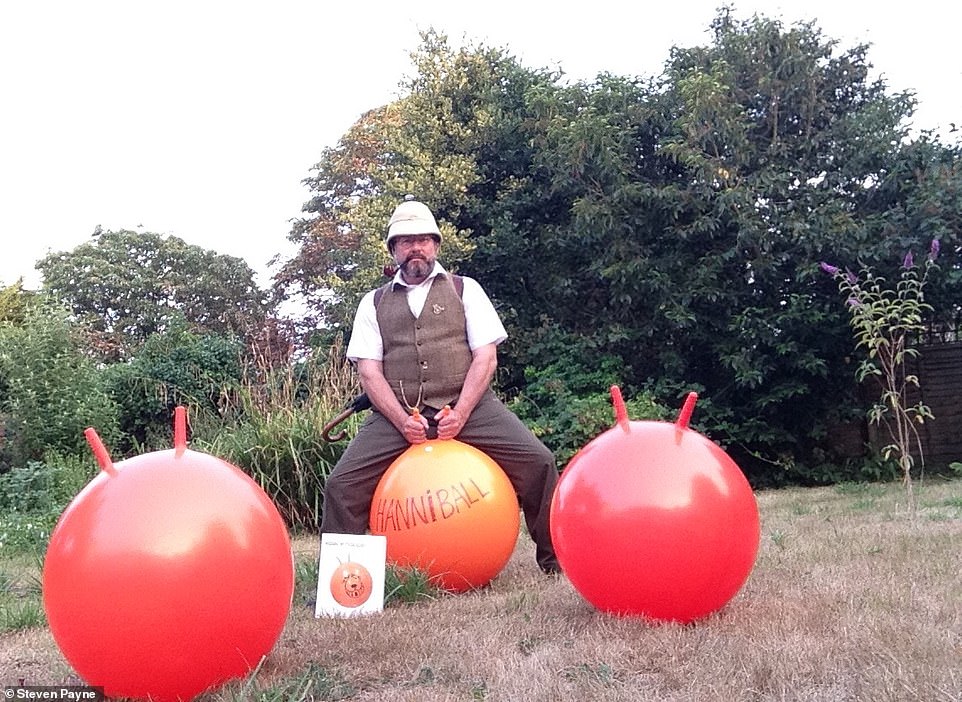 How Travel Agents Can Score More Sales During the Summer Season

Delta Air Lines just made it cheaper to travel with bikes, surfboards