This is the bizarre moment an unruly passenger forces a plane to turn back 30 minutes after take-off – because he is too hot.

The incident occurred on an internal Colombian flight between Bogota and Monteria.

Video uploaded to social media shows the unnamed individual complaining that the cabin is too hot and that something must be done. 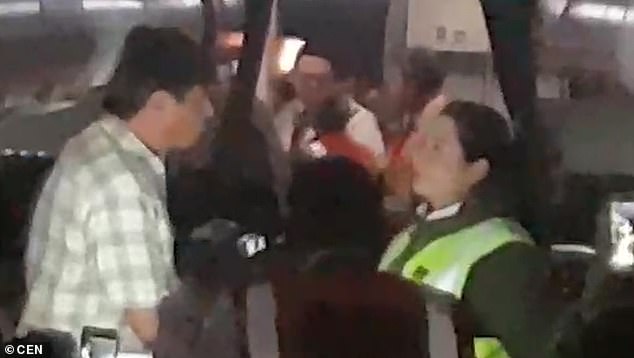 When staff remonstrate with him he threatens to open the emergency door.

Other passengers were incredulous as they watched the man berate the cabin crew.

With the passenger refusing to calm down and continuing to threaten to open the door, the pilot took the decision to return to Bogota.

On landing at the point of departure, the man was escorted from the plane by Colombian National Police and members of the Civil Aviation Authority to loud jeers from his fellow passengers. 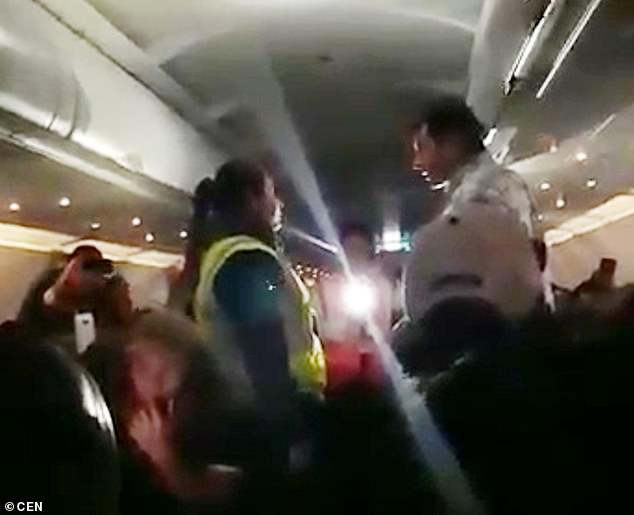 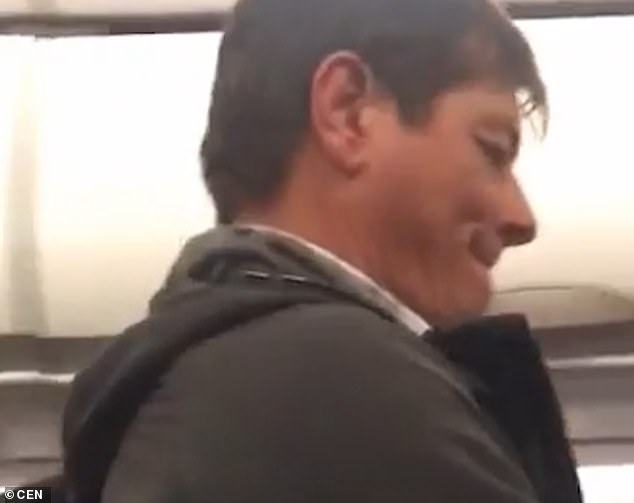 The disruptive passenger is pictured here leaving the plane

Social media commentators were largely unsympathetic to the over-heated passenger.

Several commentators suggested he should have been thrown out the plane in mid-air, while others suggested he may have been suffering from a mental illness or have ingested hallucinogenic drugs.

Others suggested that he was simply unused to flying and should go back to taking the bus in the future.

A spokesperson for Air Plan, the concessionary that operates Monteria airport, said: ‘A disruptive and aggressive passenger generated problems so the captain decided to return.’