One of New Zealand’s most scenic locations is buckling under the strain of selfie-seeking tourists, with lines of up to an hour to capture scenes of supposed isolation and peace.

Roys Peak in Lake Wanaka is one of New Zealand’s most Instagrammed day walks, a three-hour hike that offers sweeping views towards Mount Aspiring and the Southern Alps.

In the past few years the hike’s popularity has soared, with more than 73,000 people walking it this year, a 12% increase on the year before. Most hikers are lured by the hike’s fame on social media after a promotional campaign by the local tourist board, according to the Department of Conservation.

A photograph has since revealed the long lines behind the #royspeak Instagram photos, as concerns grow among locals about the damage being done to once pristine alpine environments. 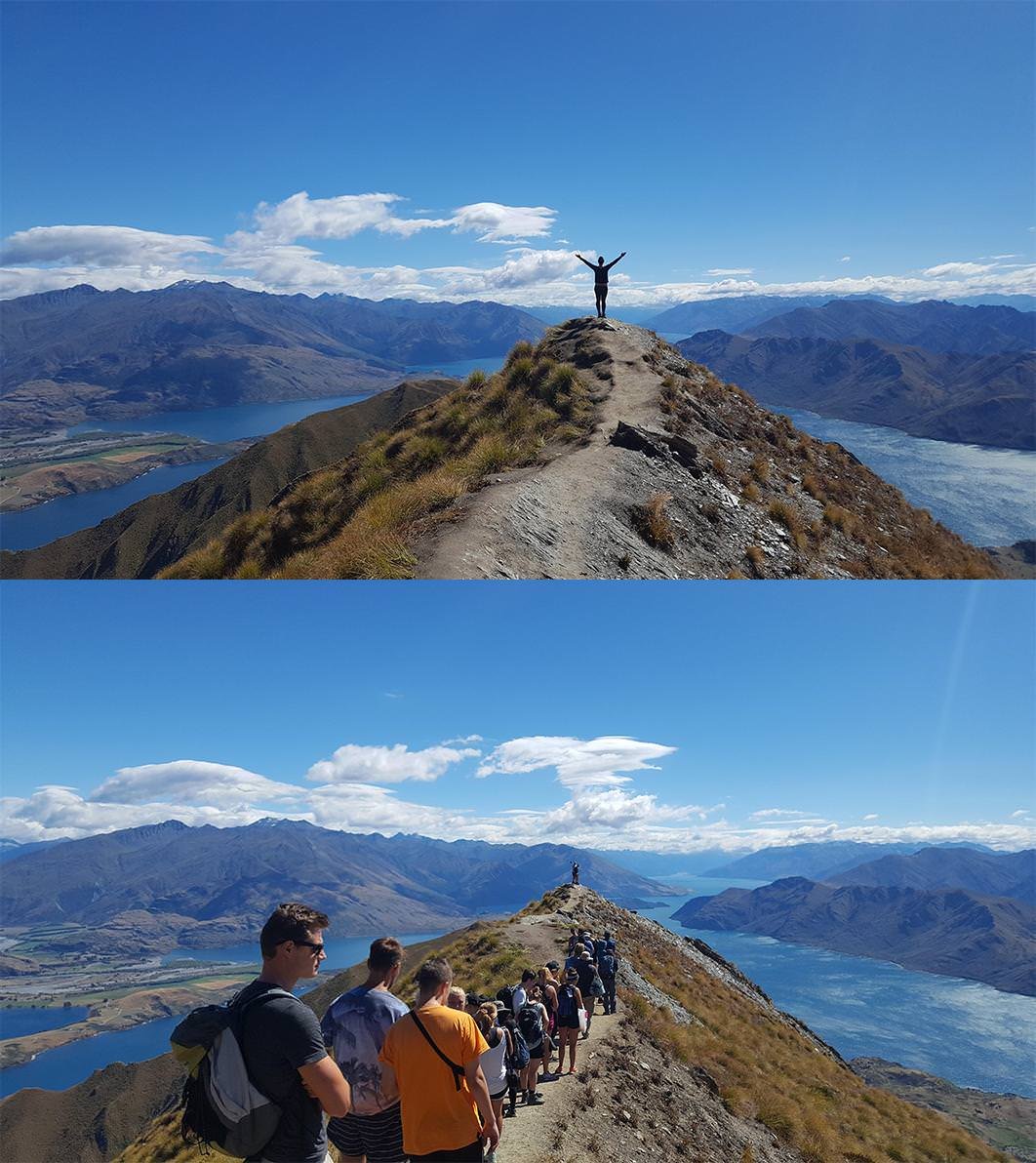 “It appears to be unique – but it is nothing of the sort. It’s all a deception and it’s whacking the environment big time,” said Van Reenen.

The Roys Peak walk has a five-star rating on TripAdvisor, with many commenting that it was now essential to leave as early as 3am to avoid congestion and crowds on the track.

Last year the local council doubled the car park’s capacity and installed toilets along the walk to try and manage the crowds, but locals say that has simply encouraged more to come.

“It was hard to get a photo without several strangers in it,” wrote one visitor to Roys Peak on TripAdvisor, “and a tad awkward posing for a picture with such a large audience.”

Aaron Fleming, an operations director at the Department of Conservation (DOC), said tourists were getting “fixated” on the perfect Instagram snap, but “what you see on social media is the good times, it is uncommon to see the hazards or the bad experiences.”

“One of the biggest challenges park managers face worldwide is the power of social media to create new visitor destinations at short notice, such as is the case with Roys Peak,” Fleming said.

“DOC is encouraging visitors to seek out new landscapes for their photos and avoid queues of this kind … there are many quieter parts of New Zealand people can discover on their visits if they do a little research.”

Another site popular with Instagram enthusiasts is Gertrude Saddle in Fiordland, where three international tourists have died in the past three years. Fleming said many went to extreme lengths to create an Instagram picture, and forgot to think about changeable weather, dangerous alpine conditions, or their own outdoor abilities.

First Four Points by Sheraton in the Charlotte/Lake Norman area ·