Home » Travel » Inside Naples, the most authentic of all Italian cities

The heart and soul of Italy: Naples may be rough and ready — but it is the most authentic of all Italian cities, as fans of Elena Ferrante’s novels are finding out

Barely an hour after arriving in Naples, a swarm of hormone hyped teenagers on whining scooters almost send me flying as, like thousands of tourists, I make a beeline for the Quartieri Spagnoli — the messy, thronging ‘Spanish Quarter’ of narrow alleys between high tenements strung with washing — that forms the classic notion of Naples.

Undaunted, I weave deeper into a jumble of drunken steps and tiny squares. I find darkened bars, lurid shrines and tiny shops selling sugary pastries or tubs of writhing live eels. Locals yell at one another in an unfathomable dialect.

I sense an exciting, though slightly sinister energy resonating through the district. Yes, Naples really does live up to its exuberant, darkly romantic reputation. 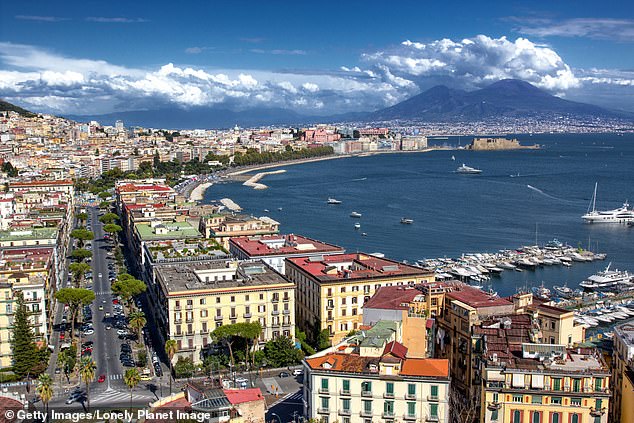 All the same, no one can deny that this city has a glorious setting. I stay in a waterfront hotel with views over the bay and looming Vesuvius. At my feet is the Castel dell’Ovo fortress and restaurants with gingham table cloths and singing waiters clustered round cobbled squares. Here reigns the Gucci wearing, extra-virgin Italy we think we know so well. It is as if it has turned its back on the untamed, more intriguing Naples.

The main reason I am here is that, like millions of others, I have been inspired by Elena Ferrante. First there was My Brilliant Friend, followed by the other novels of her so-dubbed ‘Neapolitan Quartet’. In the wake of these came the spellbinding TV series — second season due at the end of this year. Page and screen alike promise an exciting urban adventure in this singularly seductive city.

So, I leave behind both the anarchic charm of the Spanish Quarter and the chic Castel dell’Ovo, to discover the secretive neighbourhood of the Ferrante novels. My minder is an young Englishwoman, Sophia Seymour, who has made Naples her home and leads individual walking tours for fellow fans. 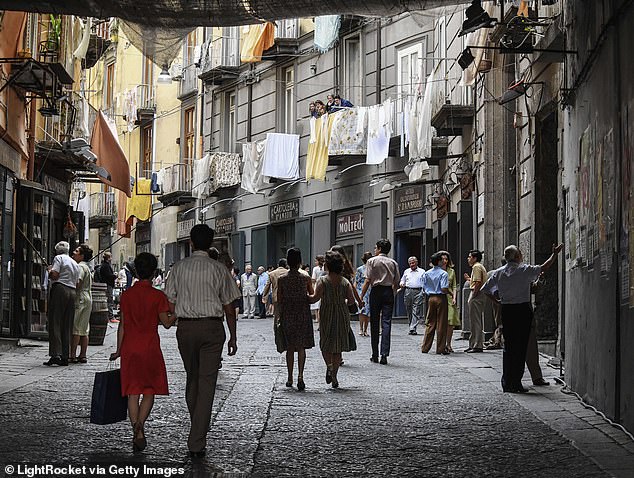 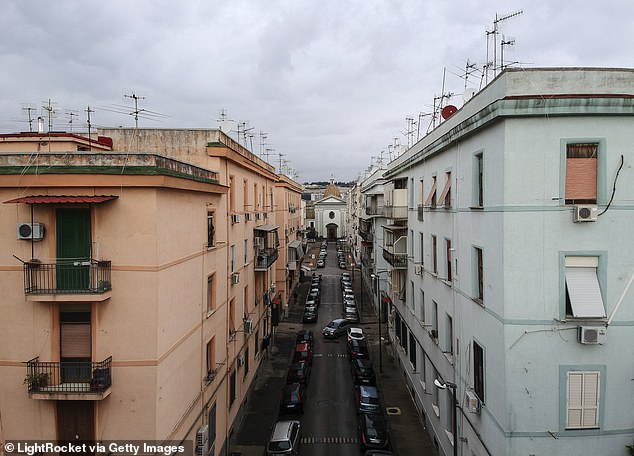 Sophia’s stomping ground is the Rione Luzzatti neighbourhood, unnamed in the novels, east of Napoli Centrale railway station. We start our ‘Looking For Lila’ tour at the dark, infamous ‘tunnel with its three entrances’ where Sophia reads a passage from the first book, where small-girl protagonists Lila and Lenu leave the Rione for the first time and go to the sea.

Next we head along Via Gianturco — the ‘Stradone’ main road in the series — deep into the neighbourhood’s underbelly. With its dishevelled apartment blocks, it is hardly a pretty place. The Cerullo family’s shoemaking shop is now a hardware store run by a lady called Tina, who Sophia kisses on both cheeks as we pass.

We stop for an espresso macchiato at Bar Parisi, where owners Stefano and Francesco Parise tell me that they are used to Ferrante-seekers looking for Bar Solara. I am a little wary because the fictional bar belongs to malevolent Marcello and Michele Solara of the Camorra, the local mafia. 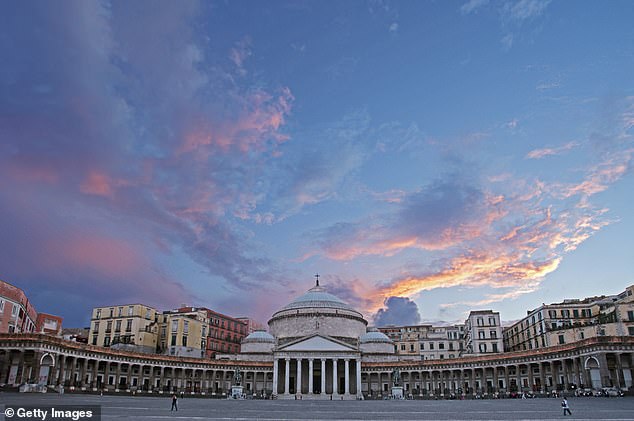 The spectacular Piazza del Plebiscito, one of the most elegant sights in Naples

Not that all the action in the novels is based in this deprived district. From Rione Luzzatti we make our way to chic Piazza dei Martiri in the elegant Chiaia district, where Lenu’s first impressions were that the people ‘seemed to have breathed another air, to have eaten other food, to have dressed on some other planet, to have learned to walk on wisps of air’.

We finish on the bombastic Piazza del Plebiscito with the San Carlo opera house at one corner. At the other is the art-nouveau Gran Caffé Gambrinus, scene of intrigues between the characters.

Ferrante’s novels highlight the vivid contradictions of Naples. To follow her characters has been to discover the flavours of previously unknown parts of town. And to stir them into the bubbling cauldron of this big, baffling city.

Martin travelled with Kirker Holidays (kirkerholidays.com, 020 7593 2283), which has three nights B&B at Grand Hotel Santa Lucia from £598pp, including BA flights and private transfers. A five-hour tour with Sophia Seymour (lookingforlila.com) costs £250 for up to five people. Four-day meet and greet parking at Gatwick from £67 with ilovemeetandgreet.com.

Backpacking couple convert an £8,000 van into a home on wheels

17 abandoned hotels around the world and the stories behind them