View to a thrill: Incredible footage shows daredevil soaring across the skies of Oman by paramotor

This is the incredible video footage that shows the moment a daredevil paramotors across a huge desert.

Victor Rodriguez, 30, from Leon, Spain, captured the stunning short film when he embarked on an adventure to cross the country of Oman, in the Middle East, in just his trusty paramotor.

Flying since the age of 15, Victor has now been paramotoring for half of his life and describes his passion as ‘always making him happy’. 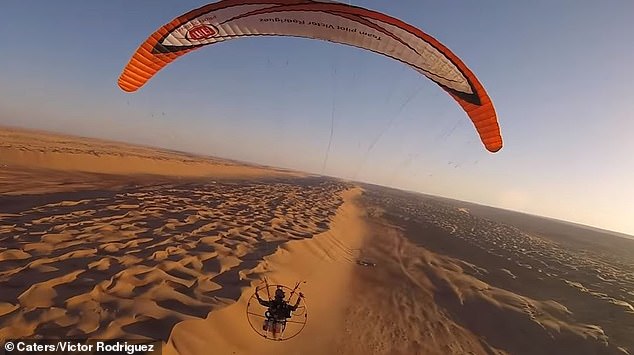 Victor Rodriguez, 30, from Leon, Spain, has travelled across Oman in a paramotor. He captured his journey on camera 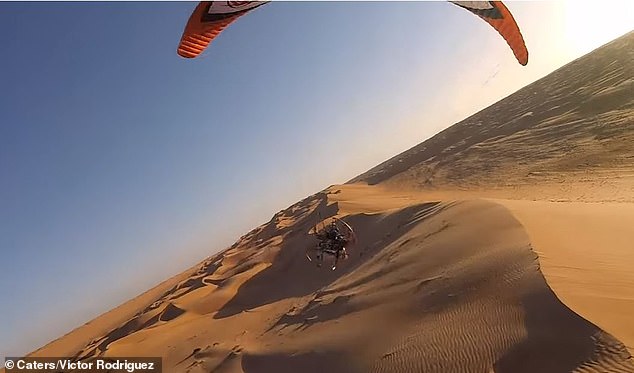 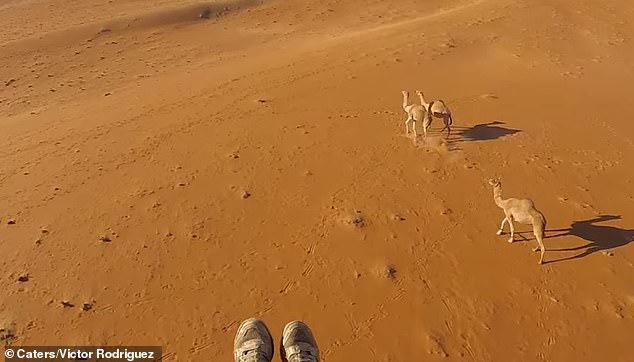 At one point, as Victor glided through the air, he passed a group of camels who were running on the sand below

Victor, who shot this footage earlier this month, said: ‘I’ve always had a passion for flying.

‘This video is part of my big adventure crossing the country with my paramotor.

A paramotor, also called a powered paraglider, consists of a harness, engine and propeller connected to a pilot’s back in a hoop frame. 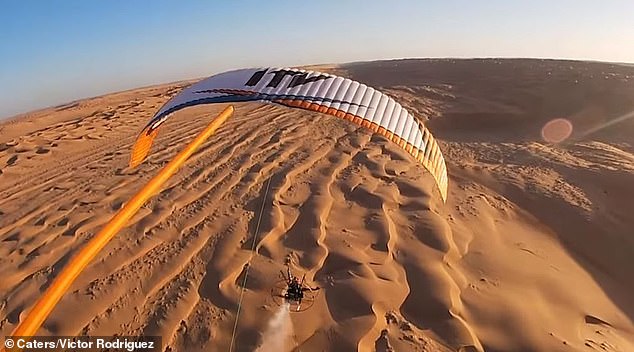 A paramotor, also called a powered paraglider, consists of a harness, engine and propeller connected to a pilot’s back in a hoop frame 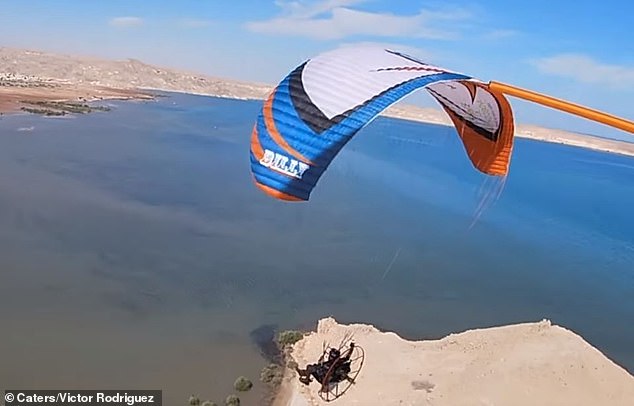 Flying since the age of 15, Victor has now been paramotoring for half of his life

The frame is then covered in netting to protect the pilot – who is also attached to a paragliding wing.

Many of the motors have electric starters, which allows the pilot to adapt his flight to the prevailing conditions and stop and restart the motor while in the air.

Oman, which borders the United Arab Emirates, Saudi Arabia and Yemen, is mostly covered by a vast gravel desert plain.

30 ‘Nightmare Before Christmas’ Quotes For Instagram Captions This Halloween