Home » Travel » In the future fliers may order food on their phones, collect on board

The end of the food and drinks trolley? In the future passengers could order meals on their phones and collect them from on-board lockers

The food and drinks trolley could become a thing of the past.

That’s because airline passengers of the future might be able to order snacks on their mobile phones and then collect them from on-board lockers – and order food mid-flight that’s heated up by robots in the belly of the plane and collect it from a delivery point.

The concepts have been conceived by Seattle-based design firm Teague, which says they will transform aircraft galleys from back-of-house kitchens into self-service retail spaces. 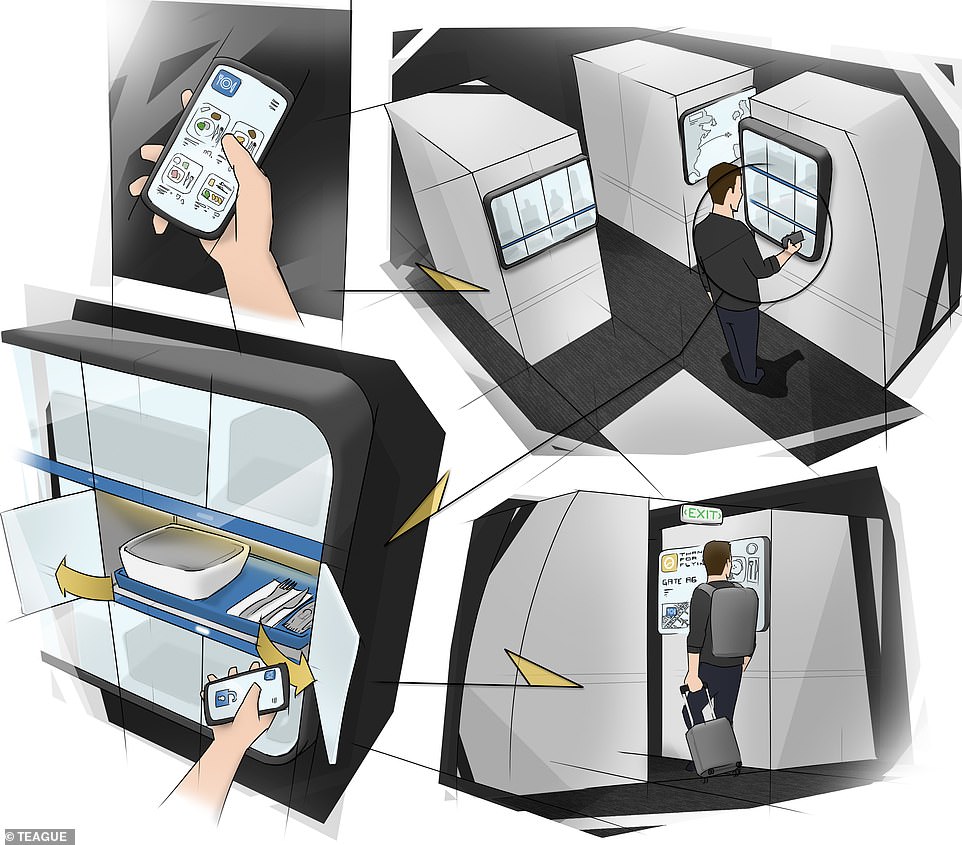 A concept drawing by Seattle-based design company Teague, which shows how its new concept of ordering food on planes could work. Passengers would order food on their mobile phones before collecting it from on-board lockers

With the locker system, passengers would peruse menus and drinks lists on airline apps on their phones.

When they know what they want, they place an order then collect their items from near-field communication (NFC) enabled compartments.

But Bernadette Berger, associate creative director at Teague, says it’s not just food or drinks this concept could offer.

She said: ‘Forgot your headphones? Splurge on the noise-cancelling set you have been eyeing. Feeling chilly? Purchase a cozy blanket to share. Nursing a hangover? How about a glass of small-batch cold-brew?

Another concept drawing, which shows how food would be stored and warmed in the belly of the plane before being brought up by an elevator to the cabin, where passengers would collect it

‘The passenger experience is enriched with seamless access to preferred products on the ground and in the air.’

What if passengers forget to pre-order their food? Not a problem, thanks to the robot chefs.

Teague says that food could be stored and warmed in the belly of the plane using a robotic system.

Once a meal is ordered by a passenger, robotic arms would locate and transport the meal to a prep area for warming.

The robotic arms would then transport the warmed meal to an elevator and up to the cabin, ready for collection by the passenger. 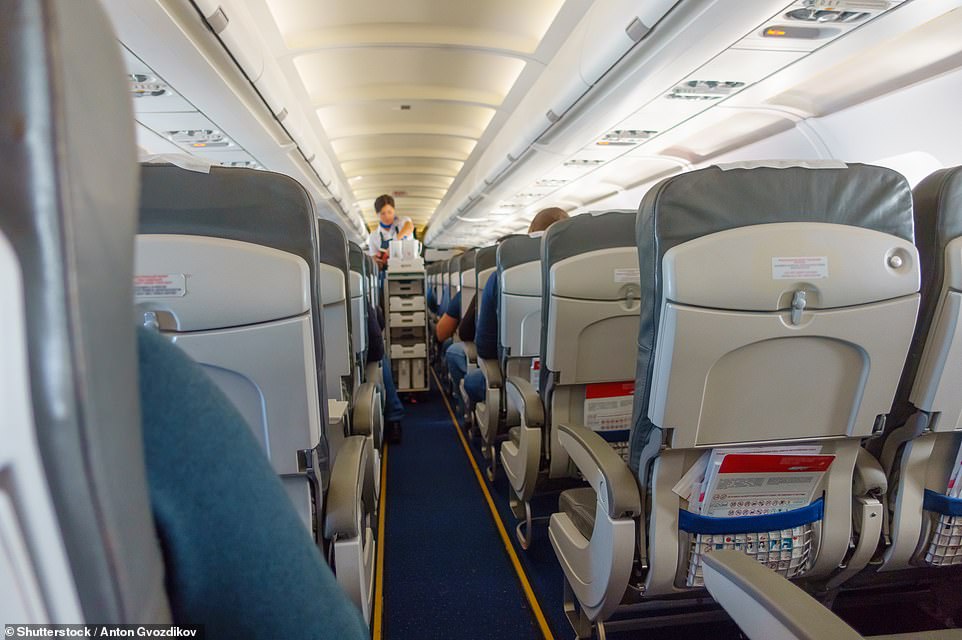 If the ideas by Teague take off, flight attendants serving food and drink from a trolley could become a thing of the past

Bernadette added: ‘On the main deck, the galley is transformed with open floor space. The bulky monuments which once housed inserts are gone, and new opportunities remain for adding additional seats and inspiring ceiling architecture.

‘The entryway can be transformed into a welcoming threshold, an efficient work space, a secluded rest space, or the main cabin can be extended by an extra row.

‘As we eagerly await systemic changes to food and beverage infrastructure that support in-flight meal service at 40,000 feet, opportunities for innovation are already at our doorstep. Data-managed inventory will speed the procurement and delivery of food.

‘A pen can change the world’: the duo behind the ‘world’s largest public library’

We round up the best villas in hot European destinations