Home » Travel » I walked the perimeter of Britain – in pictures

I set off from the steps of St Paul’s Cathedral on 17 April 2015, walking east towards Kent before heading west along the south coast. My mission was to walk the perimeter of Britain in order to get under the skin of our island nation – and find photographic inspiration. I’d previously only found interesting photo opportunities abroad but that all changed in 2012, when I walked from the source of the Thames to the sea with my tent and a camera. On that trip, I slowed down enough to see Britain with fresh eyes, especially where the estuary met the sea. I was hooked and wanted to commit to the coast for a prolonged period. 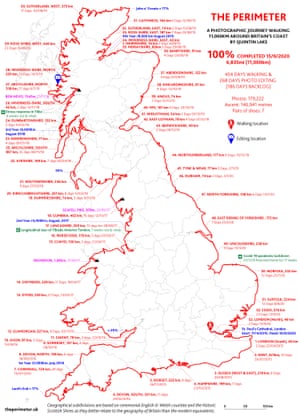 My walk around mainland Britain totalled 6,835 miles and took 454 days over five years. I would walk in sections of two to nine weeks, before returning home to edit the pictures, earn money from selling the prints, and prepare for the next section.

I walked an average of 15 miles a day, in which I allowed for three hours of photography. I sustained this rhythm for five years through all seasons, which made the photography more diverse. I mostly slept in a tent to save money but also because I felt that sleeping on the soil connected me to the landscape and meant I could be best-positioned for dawn and dusk photography. I carried a pack of up to 20kg on my back and was self-sufficient in terms of food, fuel and power for five days at a time. On the fifth day, I would stay in a B&B or someone would put me up: I had sent ahead ration packs of dehydrated food.

As I walked away from London, the urban was sloughed off in a single day, and it was only a few days more before I reached the enigmatic “desert” landscape of Dungeness in Kent, a part of the coast that’s gradually growing as the current builds up more shingle around the headland. Soon after, I reached the chalk cliffs of the Seven Sisters in East Sussex, where walking along the rolling grass felt like flying above the sea. By the time I got to the coast in Devon, dramatic cliffs had become the norm; and in Cornwall the coast path is so vertiginous it often involves hundreds of metres of daily ascent. 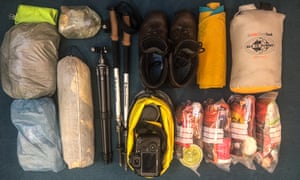 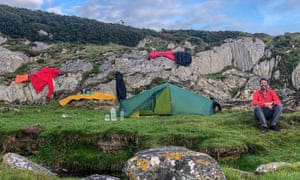 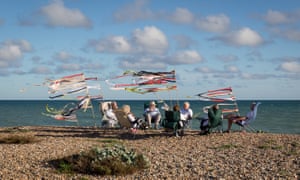 The exhilaration of walking across the Severn Bridge was palpable, as it marked one-quarter of the journey done and also my entry into Wales. My diet was now supplemented by bara brith (fruit loaf) and Welsh cakes rather than Cornish pasties. The Welsh coast path was consistently fascinating – plumes of steam rising from the Port Talbot steelworks were as jaw-dropping as the stunning Worm’s Head on the Gower. I loved stopping in cafes and hearing the musicality of the Welsh language before heading out along another unknown clifftop path. At Barmouth, the rail bridge runs like a zip across the landscape, with Cadair Idris and the surrounding mountains behind – the natural and manmade in perfect harmony. 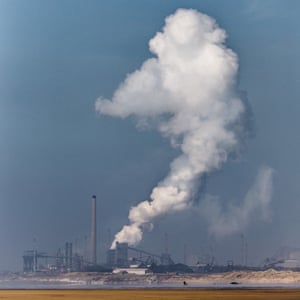 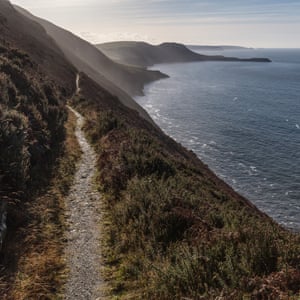 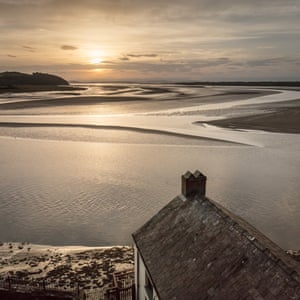 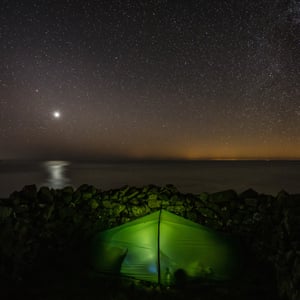 By the time I could see the Liver Building in Liverpool, I was limping heavily, my typical remedy of food, sleep and painkillers not helping. It transpired I had split a tendon in my foot, a repetitive strain injury which meant I needed to wear an immobilising boot for seven weeks while it healed. After this hiatus, it was only by the time I reached Cumbria that I was trail-fit again and able to relish the views of the fells from the sea. When I pitched my tent near a milecastle on Hadrian’s Wall, I realised just how close I was to Scotland. 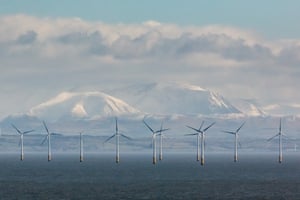 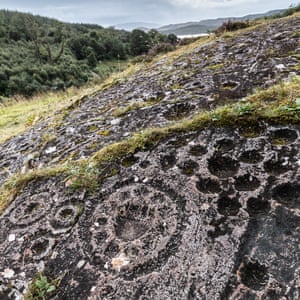 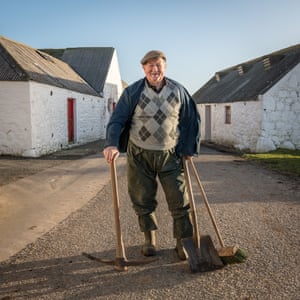 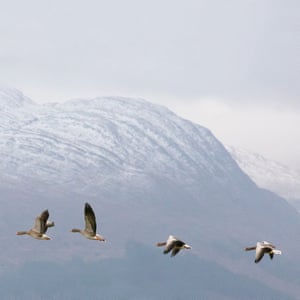 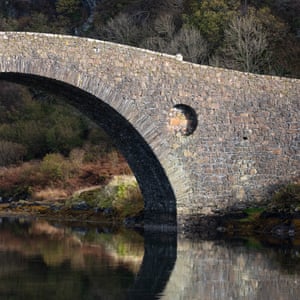 The first person I met in Scotland, as I was following the Solway away from Gretna Green, was a farmer who, rather than tell me to get off his land, showed me the easiest way to cross and asked me if I had enough provisions. This was a heartwarming encounter, and one that confirmed that the right to roam is alive on the ground. I left him with a grateful wave as he returned to fixing his fences, which, like many I’d seen that day, had been flattened by heavy flooding.

Almost half my journey – 200 days – was in Scotland, and this was a completely distinct experience, as the right to wild camp and walk anywhere gave me a sense of belonging that I never felt in England. Physically, the walking in Scotland was far more challenging: the lack of paths meant crossing the mountainous landscape required more initiative. 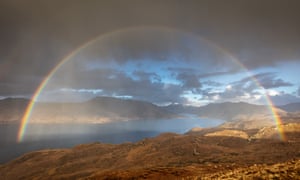 The Knoydart peninsula was the most beautiful and toughest section of the walk. As the mountains fall steeply to the sea, the easiest route in this pathless terrain is via mountain ridges and passes, which when I was there was complicated by the wet winter and gale-force winds. With so little daylight at this time of year, four hours of every day involved night hiking with a head torch. Each evening I poured water out of my boots and peeled off wet clothes before curling up in a sleeping bag in the sanctuary of my tent.

I felt a greater sense of loss on leaving Scotland than I did on ending the whole journey, but I was cheered by just how beautiful Northumberland is, with its pristine beaches and extraordinarily evocative places such as Bamburgh Castle and Lindisfarne, which I walked to on the pilgrim’s path over wet sand at night, guided by a full moon. 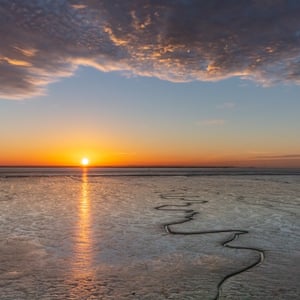 My most terrifying moment came in Holderness in East Yorkshire, where the cliffside is being eroded by five metres every year. Over time, roads crumble into the sea and whole villages have been lost to the waves. I didn’t know any of this, however, and was walking on the beach below the cliffs, assuming that when night fell and the tide came in, I’d be able to find a pathway up to the clifftop. But as the tide approached, I could see no way off the beach. When the water lapped over my boots, I panicked and thought I’d have to scramble up the cliff face, goodness knows how. I began to jog along the beach, then broke into a fearful run, my torch bouncing around as I tried to beat the tide. Eventually, and probably just in time, I succeeded in hauling myself up some steep ground, collapsing at the top and panting with adrenalin.

I bade farewell to the last high cliffs of the journey and entered the flatlands and expansive skies of East Anglia, a landscape which inspired me to alter my photography to capture its subtle and abstract beauty. Just as I started to think about reaching the finishing line, the coronavirus pandemic struck, and when lockdown was announced I had to leave my tent on the Norfolk dunes and return home for four months. By the time I got back on the trail in August, I was determined to finish the walk in a single push.

Even a few days from the finish in London, there was still one more major obstacle: the Broomway. This notorious six-mile tidal route on the Essex foreshore connects the mainland to Foulness Island, and has been called “the most perilous byway in England”. It has probably claimed more than 100 lives over the years, as the tide comes in faster than a person can run. Furthermore, the path (which is invisible on the ground) must be followed very precisely as on one side there is sinking mud and on the other unexploded ordnance. When I walked it, alone, the clouds were reflected in the wet mud like a mirror, so it felt like walking on water.

My last night in the tent was spent by London Gateway port, on the north bank of the Thames in Thurrock, where I listened to the clanking of containers being unloaded. Then, for three more days, I followed the funnel of the Thames to the centre of London, where I was reunited with my family on the steps of Saint Paul’s. 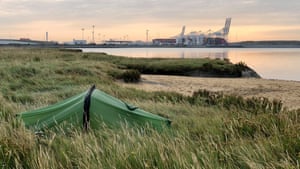 Britain is a small island but has a vast coastline. The huge variety of geology and history means the change in landforms, plants, architecture and accents is noticeable even at walking pace. Walking the British coast felt like a beautifully orchestrated piece of music – one or two weeks had a particular mood, and then that mood would evolve as the topography changed.

Air Vanuatu expands its team with a new Sales Representative ·