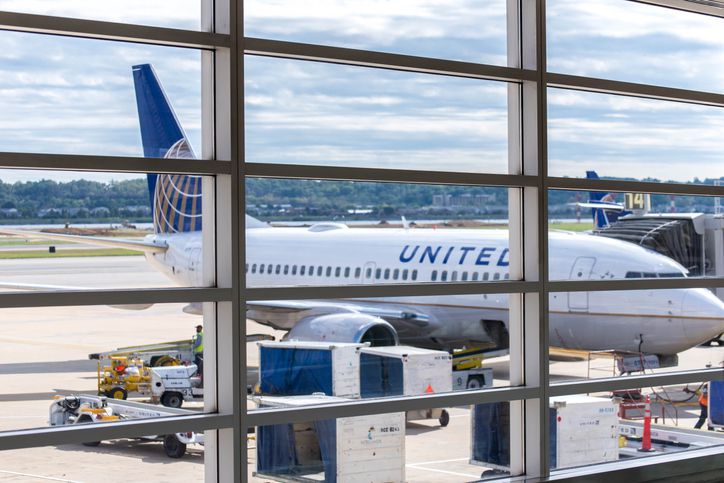 It was a lot, especially for my first time flying alone

Whenever I’ve flown, I’ve always been with my parents and/or sister. I’m 23 and my first time flying alone happened just a couple of weeks ago — right as COVID-19 cases were rising sharply again in many parts of the country. It definitely made for a memorable journey.

If you’ve wondered what it’s like to travel with new and evolving safety guidelines, you can use my experience as a guide for what to expect.

My journey began at Newark Liberty International Airport where more than 11 million passengers flew between January and August. That may seem like a lot, but it’s actually 63% fewer than average. It was definitely busy enough to cause me discomfort, though. I had more than a few bouts of anxiety when people chose not to obey social distancing guidelines.

So far, I haven’t had any COVID-19 symptoms, but as I make my way back home from Orlando, Florida, I’m sure some of those feelings of anxiousness will return.

Checking in my bag

There were two stations set up for check-in. Step one, was familiar. I used a touchscreen to print out my boarding pass and tags for my bags.

There were multiple sections of touchscreen stations, giving people an opportunity to spread out. I was fairly comfortable with this process despite there being no nearby hand sanitizer or wipes.

I recommend carrying your own. As you’ll see as you read on, they may come in quite handy depending on your particular airport.

Dropping off my bag

After printing my boarding pass and baggage tags, I joined the bag drop-off line. Step two. Again, this was pretty familiar, but it was a slow line and people tended to crowd together at the drop-off, not paying particular attention to the social distancing floor stickers.

In all honesty, the TSA checkpoints were the most worrisome for me. It was packed and, again, there wasn’t a lot of social distancing taking place. Even with security separating lines as best they could, it didn’t stop smaller crowds from simply packing into their smaller queues.

Fortunately everyone was wearing their masks.

As I went through the security scan, I was required to remove my mask so security personnel could properly ID me. It was really crowded, so I held my breath.

The main terminal areas were pretty free of crowds and there were several signs placed in the middle of walkways reminding people of CDC social distancing guidelines. This part of the journey felt pretty safe.

Some gate areas were more crowded than others. But as you can see in the picture, closer people got to the boarding bridge, the less important social distancing became.

If the gate pictured had been my actual gate, I would have stayed in that back area to calm my nerves. Fortunately, my gate was at the end of the terminal wing and there was more room than you see here.

I stopped to pick up a few snacks before boarding my plane, and both places I went to — a food court and a kiosk — had self-checkout options. I was able to buy water, hand sanitizer and snacks without having to interact with anyone.

When it came time to board my flight (I flew United), airline employees called passengers by rows of eight as opposed to the standard group numbers. Despite this effort to avoid crowding at the gate, the line to board the plane was very long and I did not feel socially distanced.

How airlines are protecting passengers & crew

To help keep passengers and crew safe, United said they are doing routine testing among both ground and flight crews.

“We have implemented employee temperature checks before the start of their workday, helping them take steps to safeguard their health and their teammates’ if they are unwell,” United representatives said in an email.

And for high-touch surfaces, United uses “UVC lighting to disinfect sensitive components like switches and touchscreen displays in our pilot flight decks.”

Getting to my seat

Before I entered the plane, a flight attendant handed me a sanitizing wipe I could use to wipe down my seating area. This definitely made me feel safer knowing I was in control of how disinfected my area was.

I was told when I checked in for my flight that it was going to be fairly full, and it definitely was. Despite that, I ended up with a row to myself. Even so, there were full rows of three or partial rows of two throughout most of economy class.

The flight crew also announced that passengers should not leave their seats unless absolutely necessary and that the plane is sanitized thoroughly before each flight. They also emphasized that masks should be worn at all times except when eating or drinking.

The people on my flight seemed to wear their masks without issue, but that’s not always the case. United said the company has banned roughly 380 passengers since April across all travel routes due to issues with not wearing masks. How long that ban lasts depends on the severity of the incident, United representatives said in an email.

I was given a single-use mini plastic drawstring bag containing water, pretzels, a cookie and another sanitizing wipe. The crew still offered drinks of choice for those who wanted something else. Still, it was nice to know they were trying to avoid interactions as much as possible.

When it was time to disembark, we were told to exit the plane in rows of eight. This didn’t stop congestion in the aisle due to people struggling to get bags out of their overhead compartments.

United’s policy is to disembark in rows of five. There may have been less congestion leaving the airplane if that had been followed.

Regular air travelers will probably find the processes through the airport and in the air very familiar. If you are cautious when it comes to social distancing, however, you may find air travel right now to be uncomfortable at best, or anxiety invoking at worst.

Overall, it was manageable, and while I’m not thrilled to face another set of airports on my return flight, at least I’ll be heading home.

This article was produced and syndicated by MediaFeed.org.

Tourists in Australia Unwittingly Play Around With Extremely Poisonous Octopus

Top Dining, Exciting Thrills and Relaxation in Turks and Caicos