Home » Travel » Hurricane Humberto: As tail-end of storm batters Britain will it affect your travel plans?

Britain has waved goodbye to summer as the remnants of Hurricane Humberto has made its way across the Atlantic and onto UK shores. Though the storm, which rocked Bermuda last week, has died down, its blustery winds and torrential downpours caused chaos up and down the country on on Tuesday and Wednesday. With another weather warning issued for the weekend, further flooding could see those with internal travel plans facing long delays and cancellations. Following Tuesday’s downpour, the Met Office released additional weather warning for the weekend, advising Britons that “journey times may take longer”, as well as suggesting “bus and train services will probably be affected”. 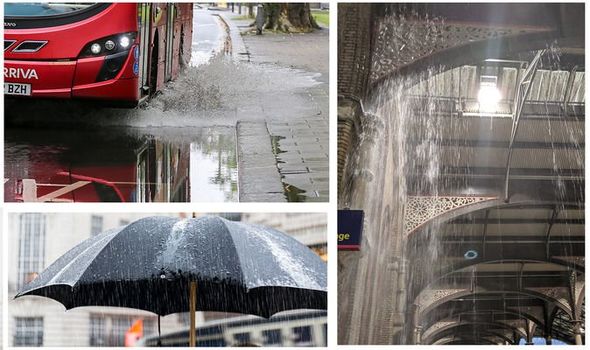 Met Office meteorologist Steven Keates said: “I wouldn’t be surprised if more (warnings) are issued before the week has finished.”

On Tuesday Network Rail and Transport for London faced a number of tube cancellations which saw commuters in the capital, along with travellers up and down the country, stranded.

c2c Rail posted an update to their Twitter account informing passengers in the midlands of a tree which had blown onto overhead rail wires, disputing service between Stanford-Le-Hope and East Tilbury.

Meanwhile trains as far north as Scotland felt the knock on effects of closures in the south.

Passengers at Edinburgh Waverly were also left facing long waits, as a power outage brought further disruption to the station. 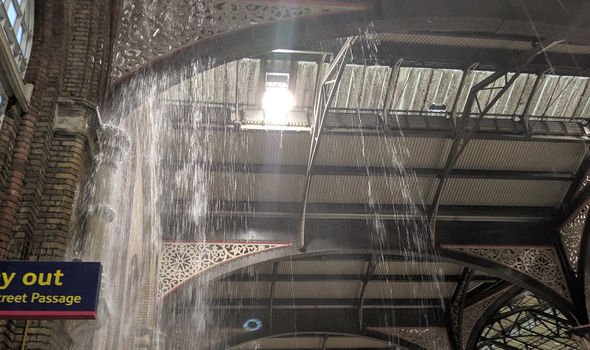 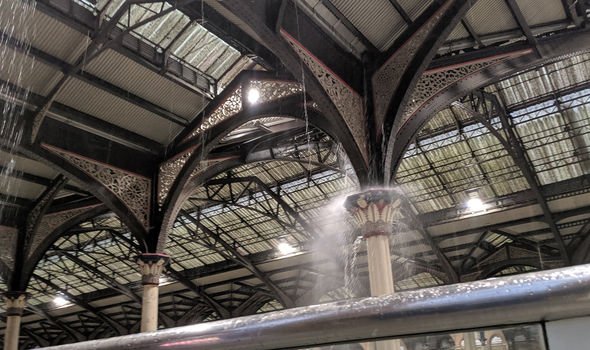 Rail passengers across the country took to Twitter to voice their dismay.

One Twitter user wrote: “I swear the rain disrupts everything. Gridlock traffic everywhere and next thing you know half the trains are delayed or cancelled gotta love the British weather.”

Meanwhile a disgruntled Londoner tweeted: “Apparently London has forgotten what rain is. So many stations are flooded. Absolute shambles.”

While the tube services managed to return to their regular schedule by the end of the day, trains across the country continue to be affected.

Roads up and down the nation also took a hit.

However, it is good news for Britons jetting off on destination holidays, as all airports remained open throughout the turbulent weather. 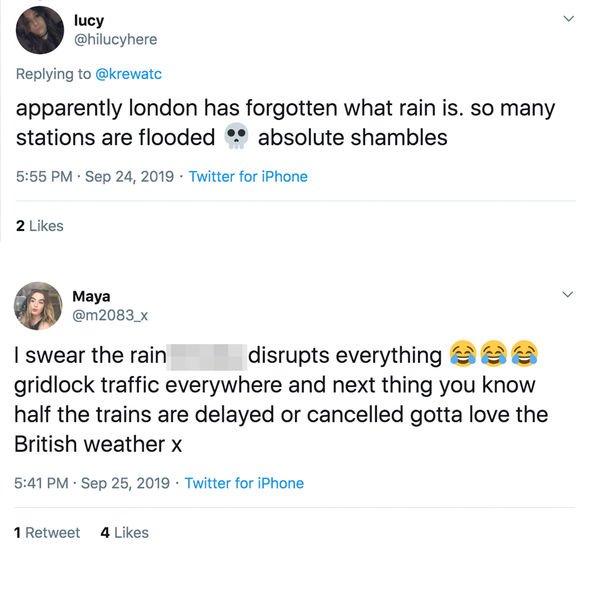 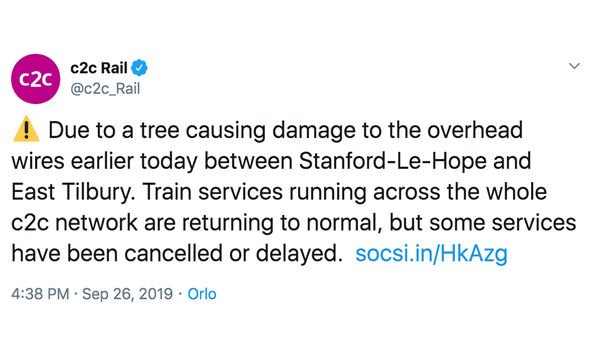 Hurricane Humberto was at its strongest last week, as the category 3 Hurricane knocked out power lines and left a reported 80 percent of Bermuda residents without power.

Nasa additionally released horrifying satellite images which showed the strength of the storm, reported to have winds reaching up to 120mph.

NASA said: “The storm appears large in the imagery as it stretches from Florida to North Carolina, and has a tail extending to the northeast for hundreds of miles into the western Atlantic Ocean north of Bermuda.

“In the image, powerful thunderstorms circled the eye, which was also visible.”

Though the storm has lost most of its power during its journey across the Atlantic, an even more intense weather system is set to hit the country by Saturday, with the country bracing itself for more torrential flooding.

The Environment Agency has issued 37 flood alerts and four flood warnings following the 39 alerts and 12 warnings that were issued on Tuesday.

With the impending weather warning ahead, authorities advise those travelling to keep an eye on relevant weather updates.

Ask the Captain: What do airline dispatchers do? Why are first officers on international flights older?

Where can I travel to OUTSIDE Europe? UK travel corridor list in full