Home » Travel » How to spend 48 hours in Luxembourg

How to spend 48 hours in Luxembourg: Party with the Eurocrats or vanish into a secret maze of tunnels in this high-living, cliff-top city

Jean-Claude Juncker’s birthplace may not be every Briton’s go-to place for a long weekend right now. But this tiny, cliff-top capital – one of the main administrative centres of the EU – turns out to have quirks, cafes and culture at every turn.

Luxembourg City sits, of course, in the tiny country of Luxembourg, which covers an area roughly the size of Dorset. So it’s no surprise that the journey from the airport to the city centre is an easy one. Buses leave from outside the terminal every ten minutes, cost €2 and can get you close to most hotels in half an hour.

If you arrive in time for a nightcap, try Ennert de Steiler (steiler.lu) for atmosphere. It’s officially the oldest pub in town. Also try Vins Fins (vinsfins.lu) for local, organic wines, beers and ciders, or, for a cocktail with a view, splurge at L’Observatoire at Le Grand Ducal hotel (sofitel.accorhotels.com). 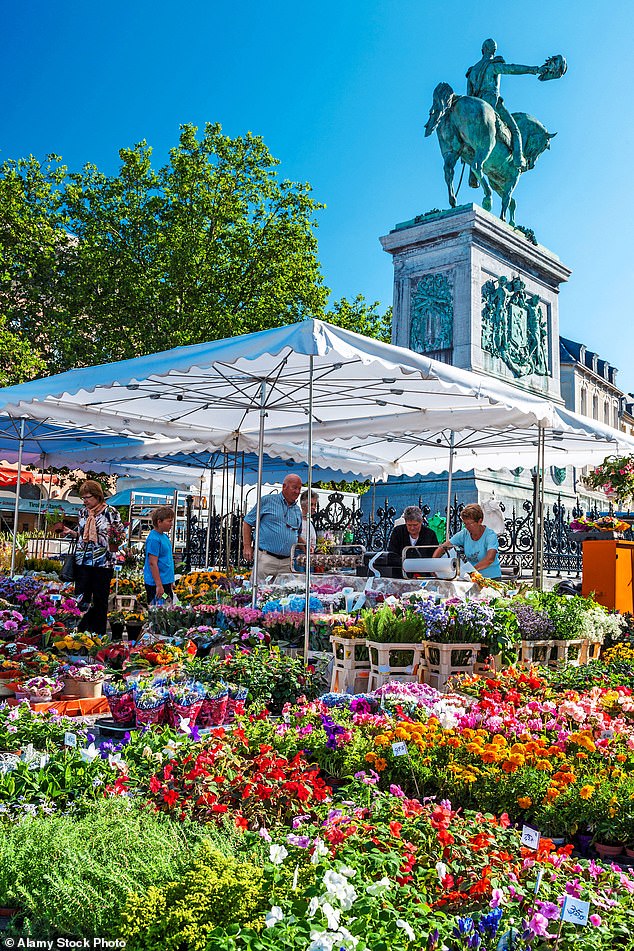 Go underground. The rocks beneath the city are riddled with 15 miles of once-secret tunnels. In the Second World War they gave shelter to 35,000 people. Today they’re home to more than a million bats. Tour these cave-like Bock Casemates (visitluxembourg.com/en/place/castle/bock-casemates-luxembourg) or €6. Or go underground for free at Am Tunnel (bcee.lu/en/about-us/contemporary-art-gallery-am-tunnel), a subterranean art gallery beneath one of the city’s many banks.

Back above ground, head to the old town for the Saturday morning food and flower stalls in Place Guillaume II. If you’re hungry, grab an outdoor table at Beet (beet.lu), where you can wash down a vegan salad with one of ten varieties of rum.

Next to Beet is the main tourist office, the starting point for the 2pm, two-hour English-language tour that costs €14, shows you the best cliff-edge views of this hilly city, helps you get a selfie with a sentry at the Grand Ducal Palace and tries (not always successfully) to sum up a complicated history taking in the Romans, Burgundians, Habsburgs and Prussians.

If you don’t fancy a group tour, then do ‘The Wenzel Walk’ on your own.

It’s named after Wenceslaus II, one of the city’s many grand old dukes. The well-signposted trail takes in the key sights and will last about an hour.

To see young Eurocrats at play, go down into the gorge beneath the old town and take your pick from the bars, clubs and restaurants in the Rives de Clausen area. It’s a car-free network of streets centred on an old brewery, where swarms of EU translators and admin staff party at night.

The smartest restaurant is Le Sud (le-sud.lu), though you can go much further upmarket in the old town. Luxembourg isn’t short of expense-account diners, so it has more Michelin-star restaurants per head than anywhere else in Europe. 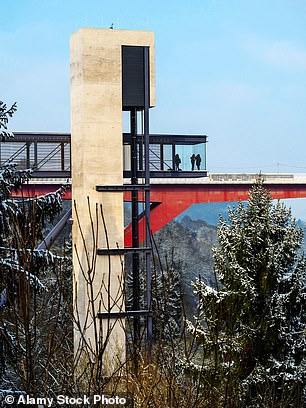 Going up! Take a ride up the The Pfaffenthal Lift where you can stand on a glass floor 230ft above the ground

Eat breakfast in your hotel because Luxembourg hasn’t warmed to Sunday brunch, and you’ll find few cafes that open before midday.

Then start with the art. Join a free English-language tour of the Museum of Modern Art (mudam.lu) at 11am. Or just gawp at the building. Designed by IM Pei, it’s part of his ‘European trilogy’ that includes the Louvre extension in Paris and the German Historical Museum in Berlin.

Getting back from Mudam to the old town, you take in the city’s love affair with expensive engineering and glass. Start with a free, 60-second ride in a glass funicular before taking an even speedier descent to the valley floor in a glass, outdoor lift.

Cross the river and you fly up another glass elevator (the gloriously named Pfaffenthal Lift) where you can stand on, yes, a glass floor some 230ft above the ground.

Grab a healthy bite at A La Soupe (alasoupe.net) or ditch the diet at The Chocolate House (chocolate-house-bonn.lu) by the Ducal Palace. Then head to the hills. On Sundays it costs just €4 to travel on any bus, train or tram, anywhere in the country.

Head east towards Echternach to pass fairytale ruined castles and see the waterfalls of ‘Little Switzerland’. Then use the same ticket to get back to the airport to fly home.

British Airways, easyJet and Ryanair have flights from London airports from £46pp return. For €13 a day, the Luxembourg Card gives you free entry to dozens of museums and attractions, and free transport, too. Double rooms at Melia Luxembourg (melia.com), beside Mudam, cost from £90 a night. Fridays and Saturdays are the cheapest nights of the week.

Colorado city to visit: Grand Lake is an ideal getaway for family, friends