Home » Travel » How to Discover the Country That Discovered the World

Americans don’t know when they can visit the European Union again. But they can know where to go when the ban lifts. It’s Portugal. The Age of Discovery’s MVP, this understated country the size of Indiana has yet to really be discovered. Sure, Portugal has been a hot destination since 2017. But it welcomes a fraction of the visitors welcomed by neighboring Spain and France. (It also has a fraction of COVID-19 cases). Fortunately, TAP Air is resuming service to seven U.S. cities in October. From north to south, by land and sea, here’s how to discover the country that discovered the world.

Porto is Portugal’s second city. It’s also its namesake. Located where the Douro River meets the Atlantic, Porto is as waterfront as cities come. It’s edgier than Lisbon – locals are friendly but frank. It’s arguably more picturesque – thanks to six bridges including one designed by Gustave Eiffel. It’s also cheaper. Rooms at Lisbon’s 5-star Intercontinental start at $166. Rooms at Porto’s 5-star Crowne Plaza start at $99. Porto also has boutique properties in renovated historic buildings. Rates at Shiadu’s insta-worthy guesthouses start at $70. Wherever you stay, cross the bridge to Gaia – home to dozens of 17th-century wine cellars. In August, the Taylor family opened WOW – The World of Wine. Formerly abandoned buildings comprise this new cultural district housing six museums, 9 restaurants and the best views of Porto.

Lisbon’s nicknames include the City of Seven Hills, the City of Lights and the Queen of the Sea. Regardless of what it’s called, call it home for a few days, because this European capital is just as enchanting as its better-known counterparts. What makes Lisbon unique, however, is its music. Visit Museu do Fado or a traditional bar to understand why Fado made UNESCO’s Intangible Cultural Heritage list. Leave a day for exploring nearby Sintra. Once a retreat for Portugal’s royalty, today their former homes – including castles – are open to the public. Since they sit atop hills, the best way to palace hop is by e-bike with Park E Bike.

Even though you’re paying, it feels like a privilege to stay in hotels here. Lisbon has plenty. But why not stay in a 700-year-old medieval village just 50 miles away? According to Travel & Leisure, book lovers must visit Óbidos – home to an international literary festival – and book a room at The Literary Man – home to 40,000 books. Its sister hotel is Rio do Prado – an eco-inspired boutique property that won Portugal’s top hotel award the first year it opened. Traveling with a group? Reserve a villa or townhouse at Areias do Seixo. This 5-star property takes home a TripAdvisor Traveler’s Choice Award every year. 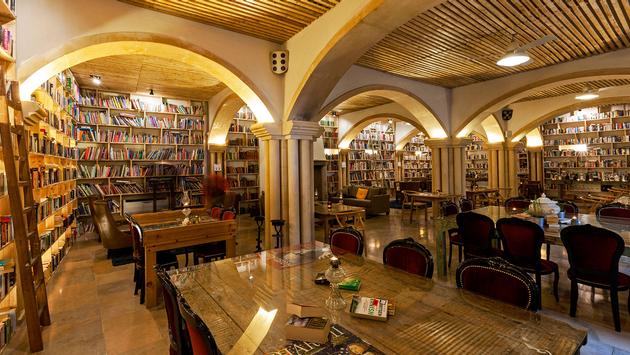 Central Portugal’s coastline is world re-known for its waves. The fishing village turned seaside resort, Nazaré, boasts a wave so big it holds a world record. (“The Telegraph” called it the ocean’s Everest.) The best professional surfing competitions take place here. They’re free, and fun, to watch. Or book a bungalow at Noah Surf House and learn how to catch your own. Finally, head to Óbidos Lagoon – Portugal’s largest saltwater lagoon. On an Intertidal boat tour, you’ll learn when the lagoon was formed, how to fish for clams, why kite-surfers flock here and what kind of flamingos are feeding next to you.

Why you should celebrate New Year's Eve in Iceland