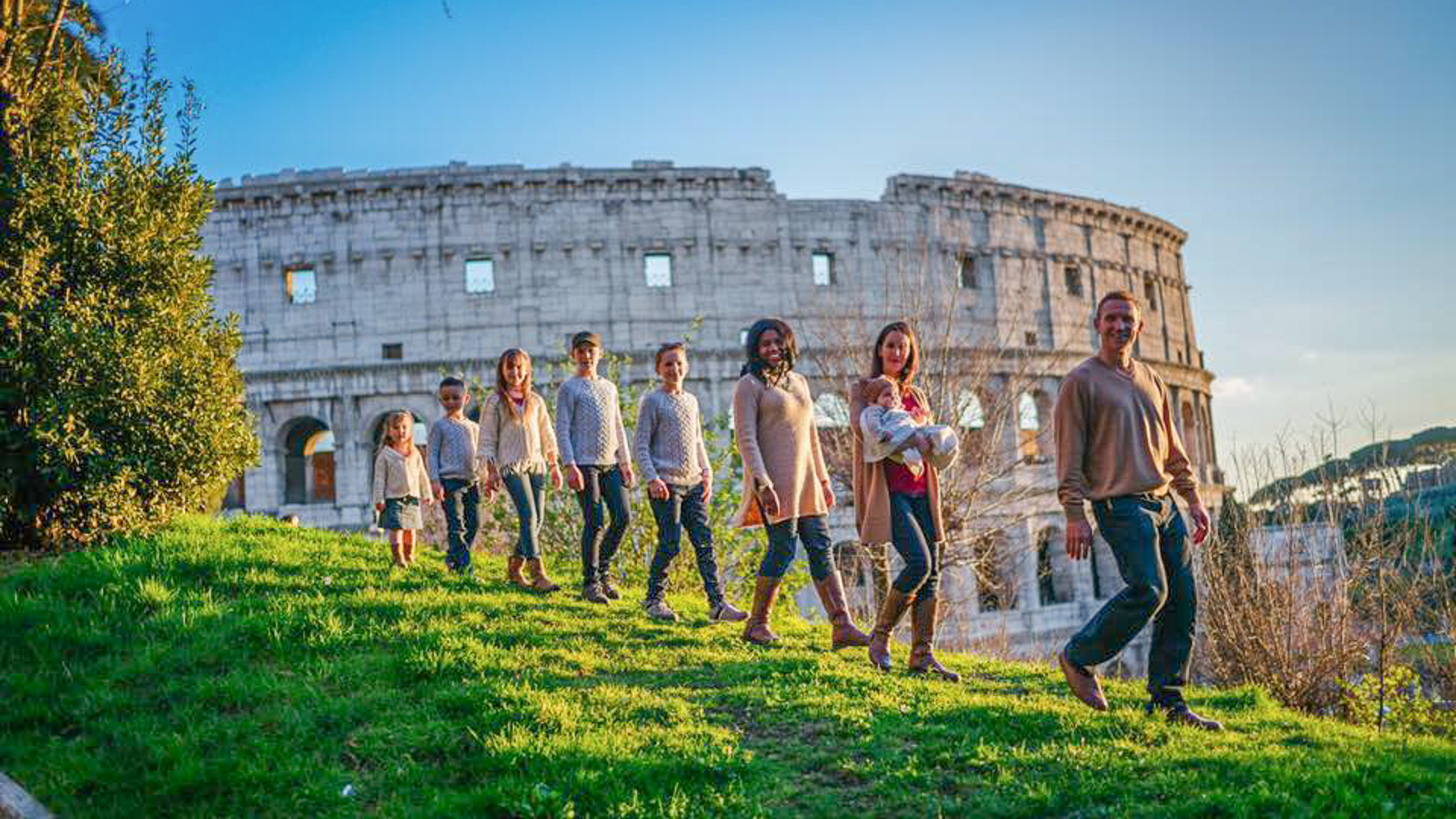 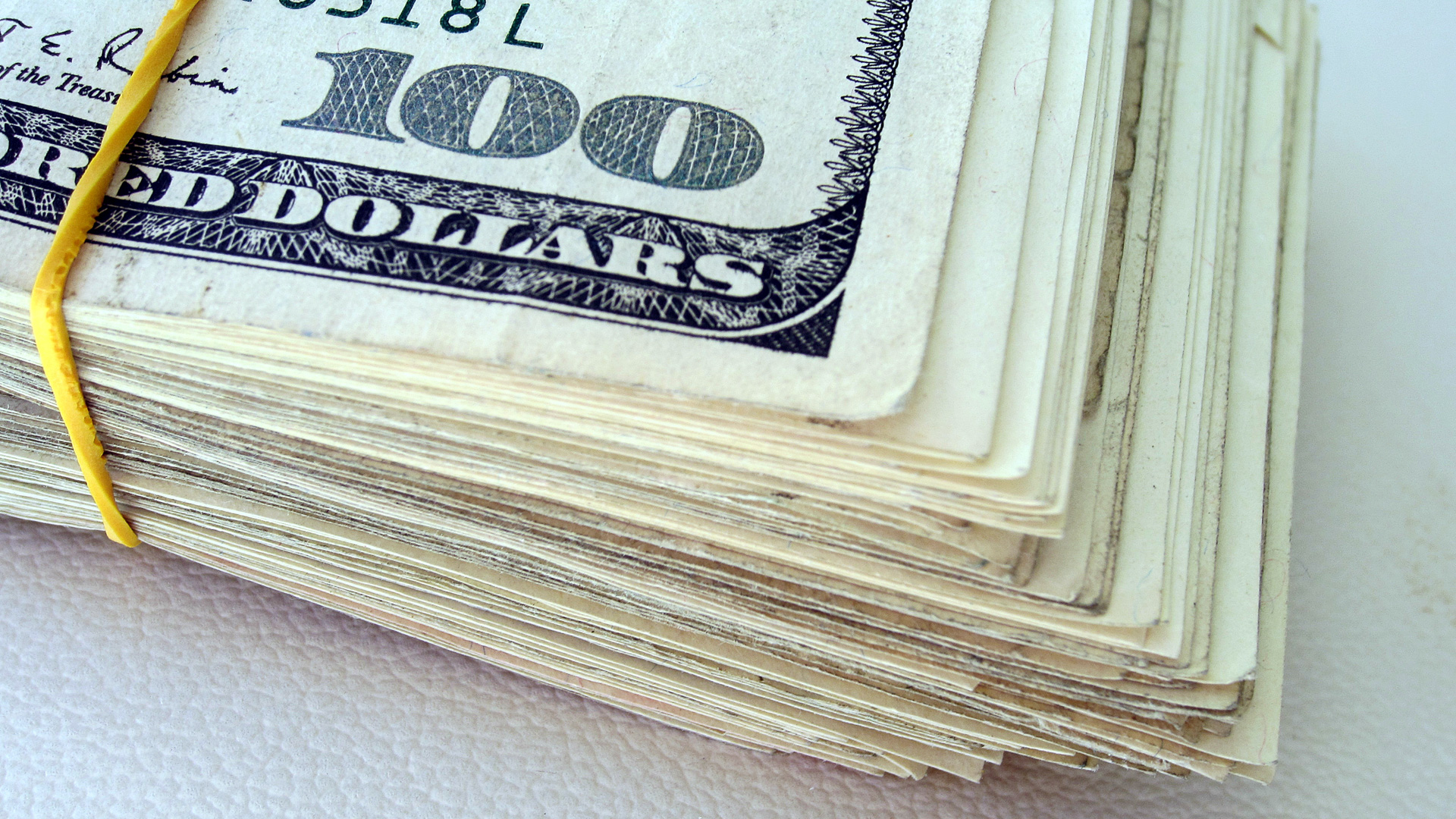 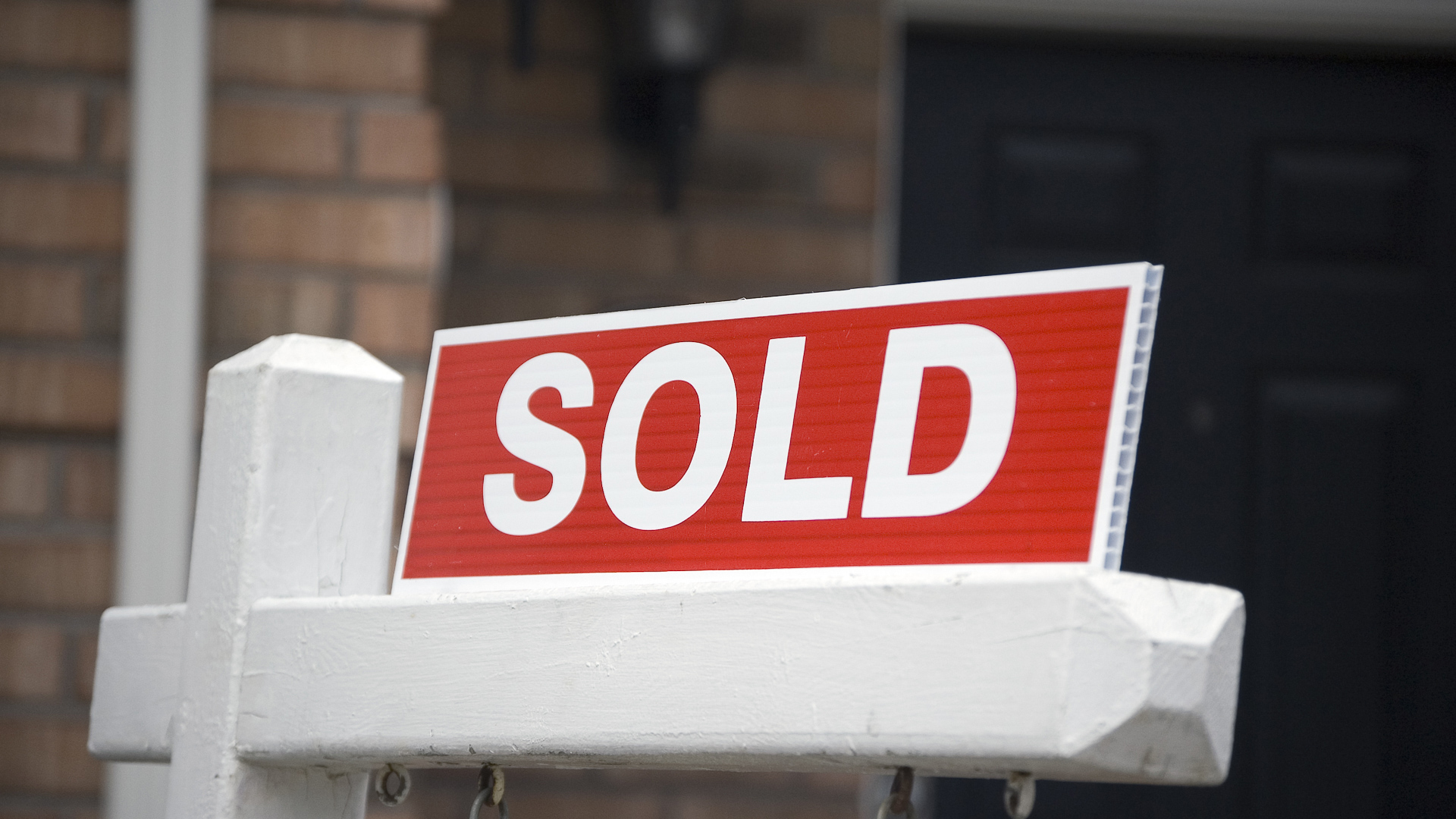 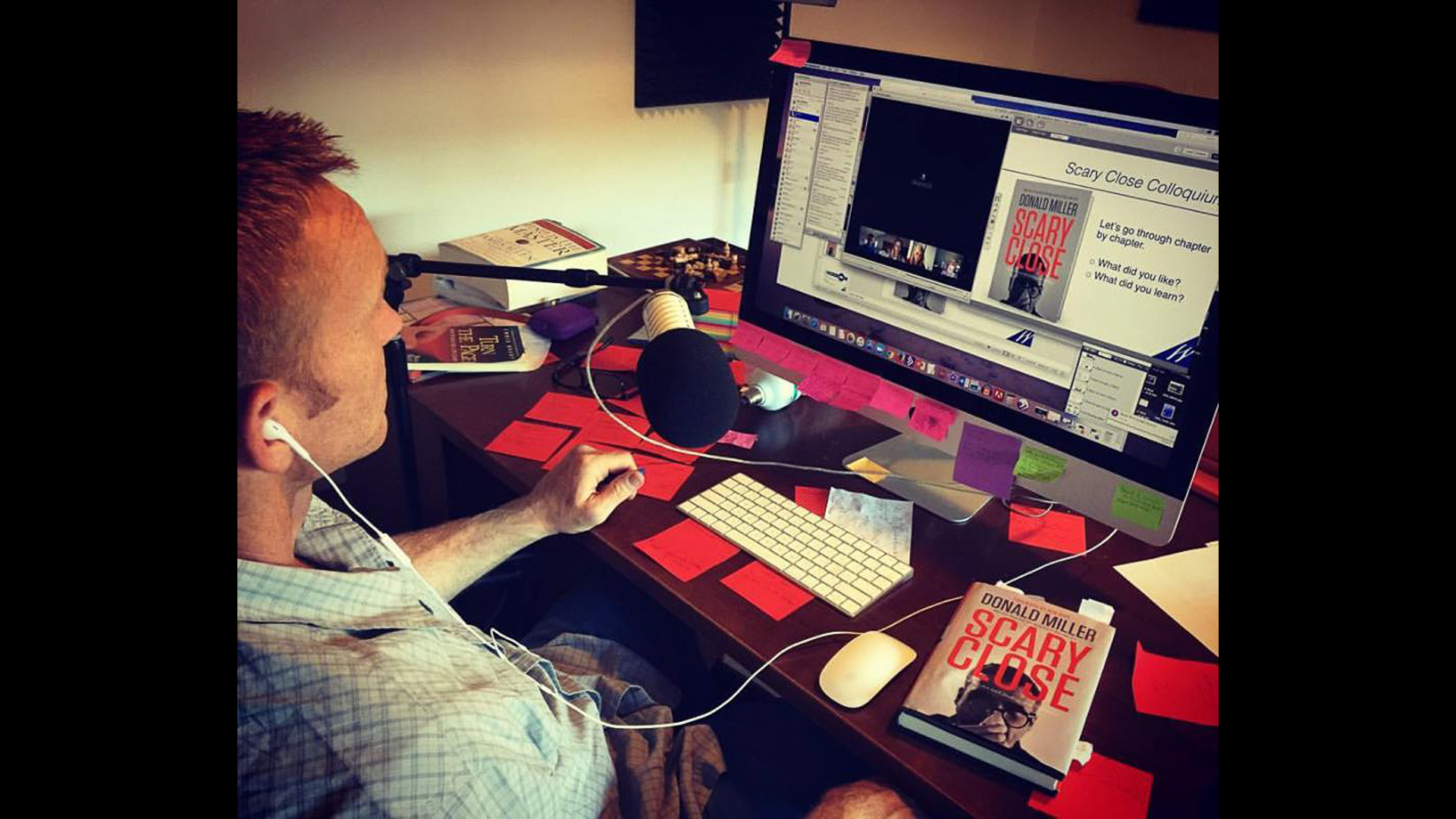 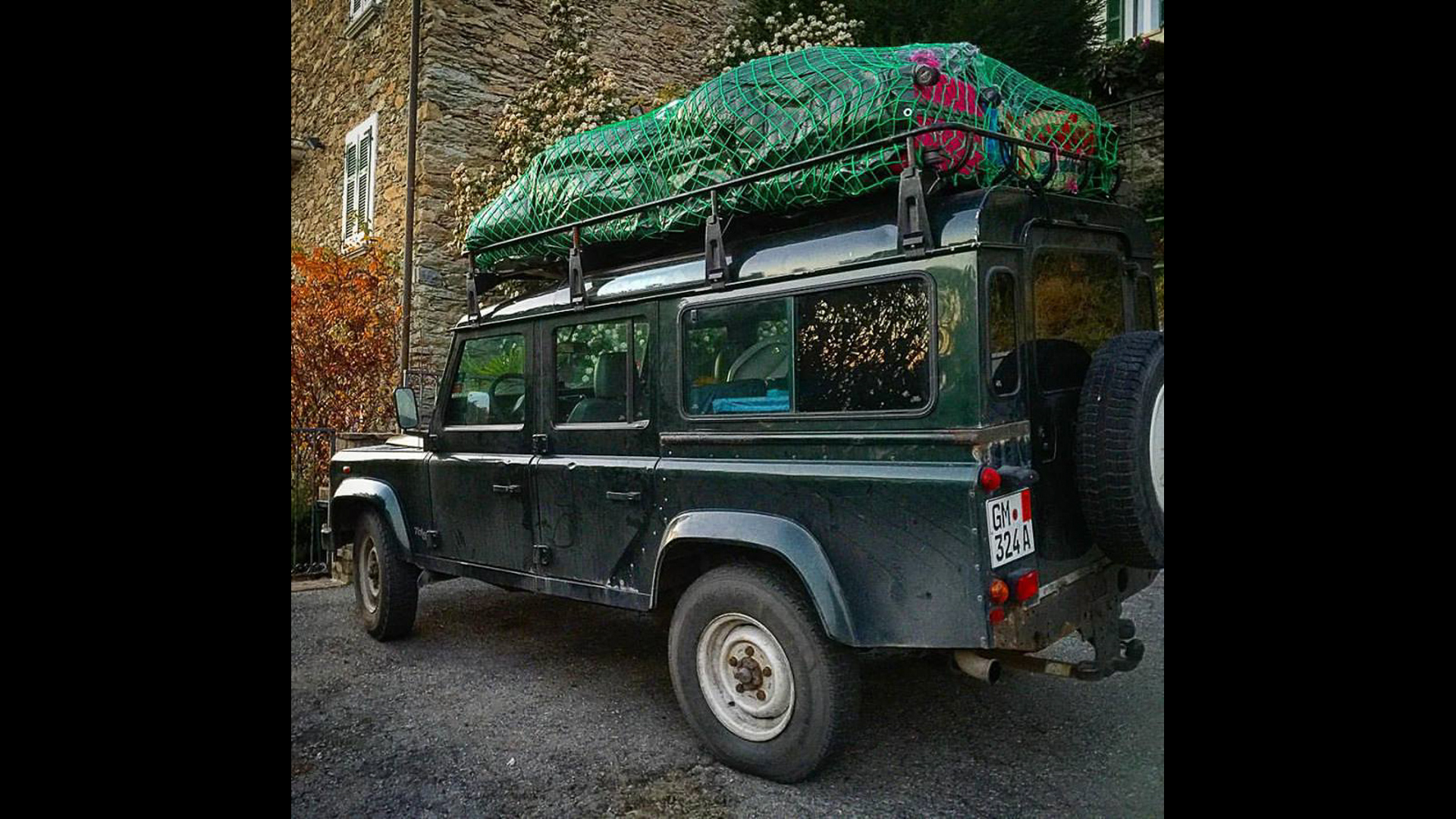 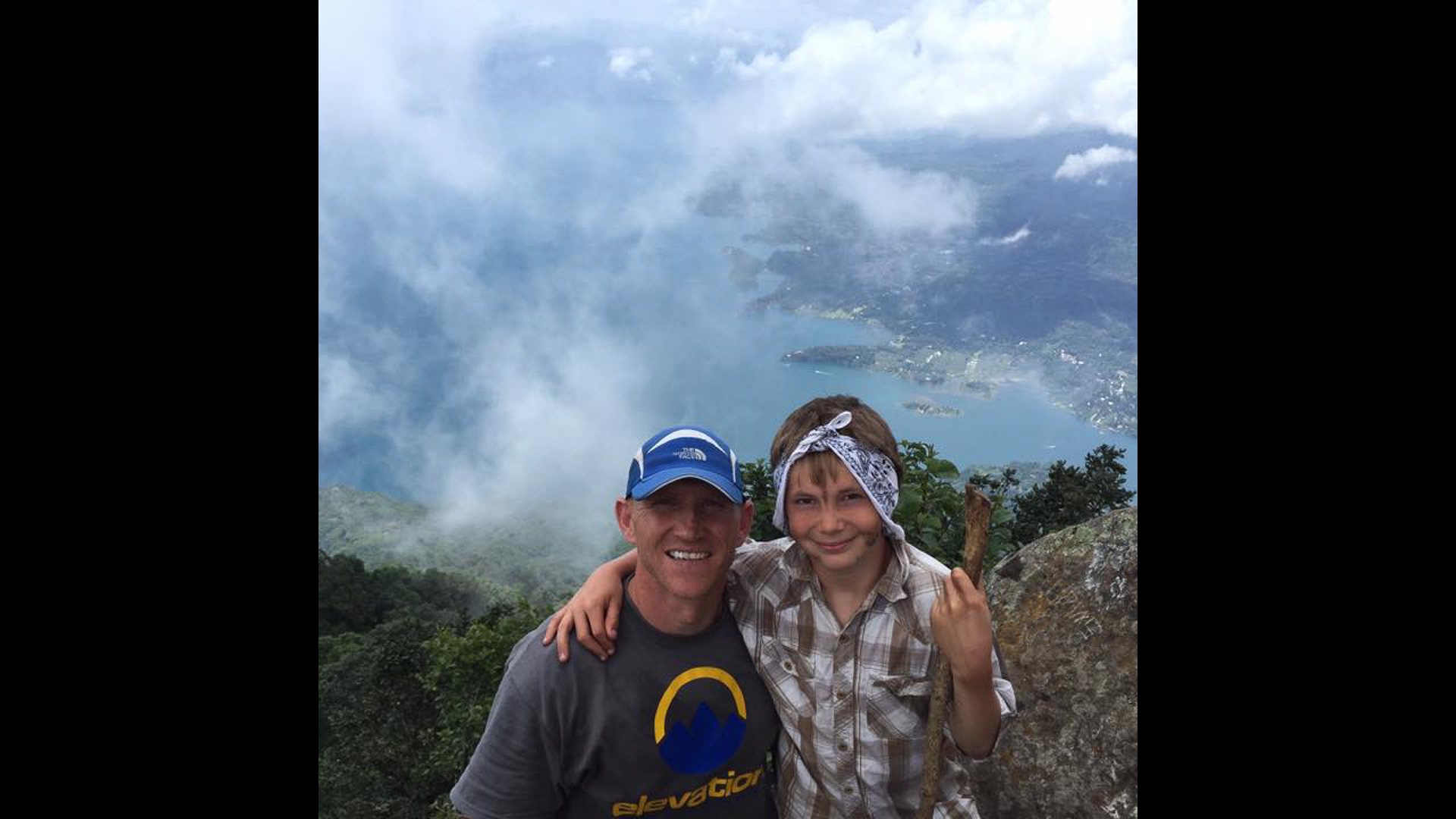 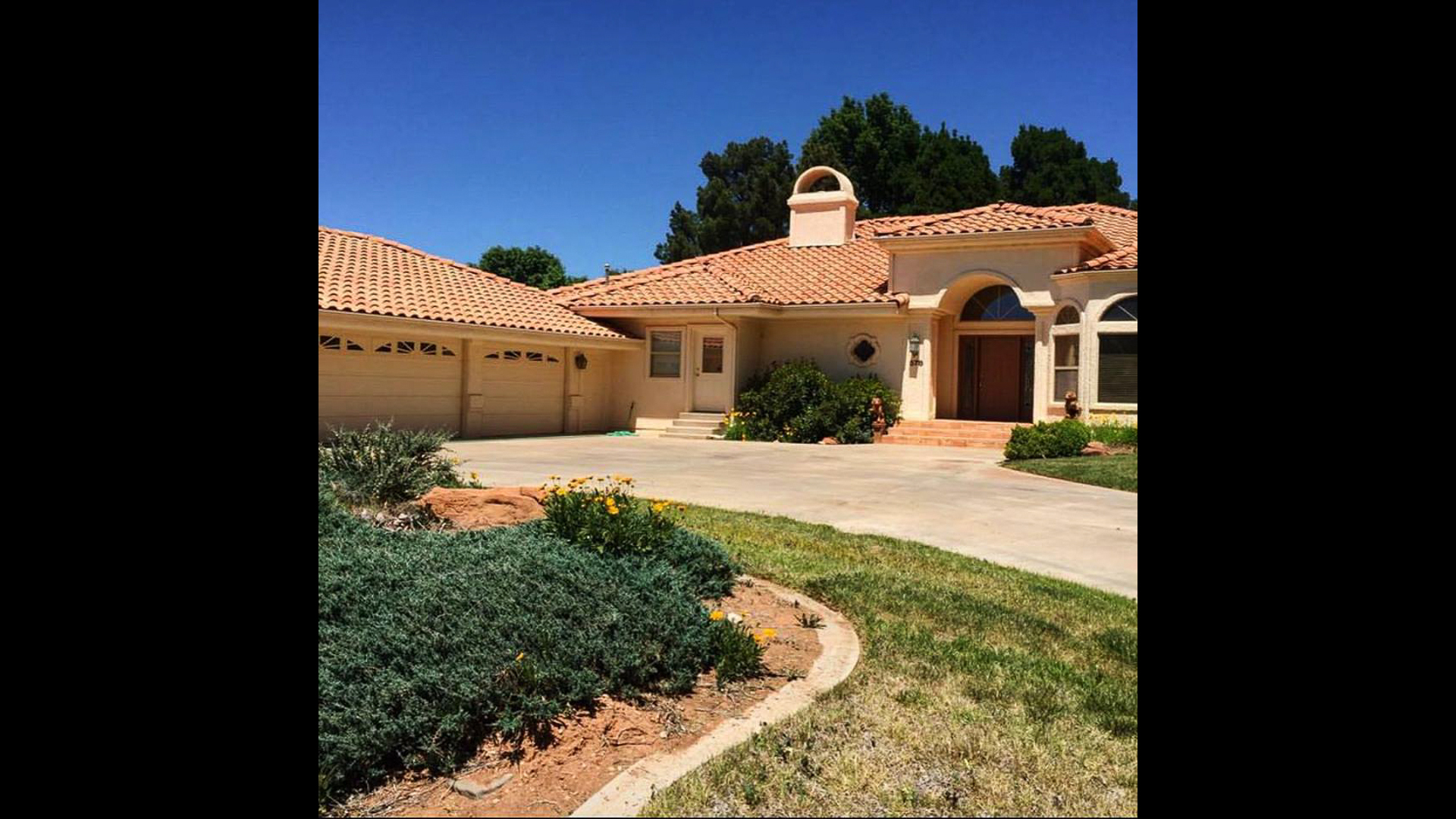 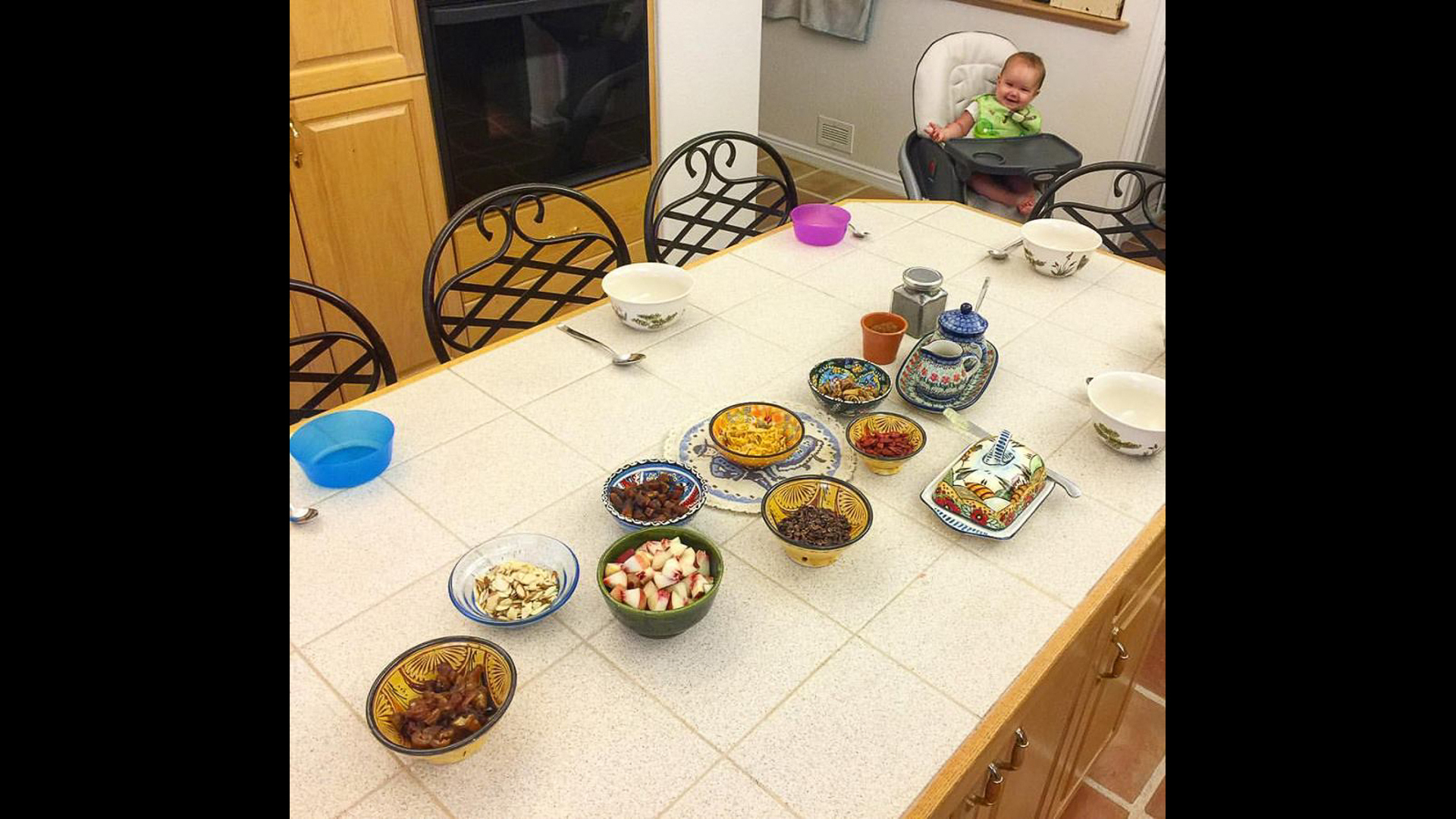 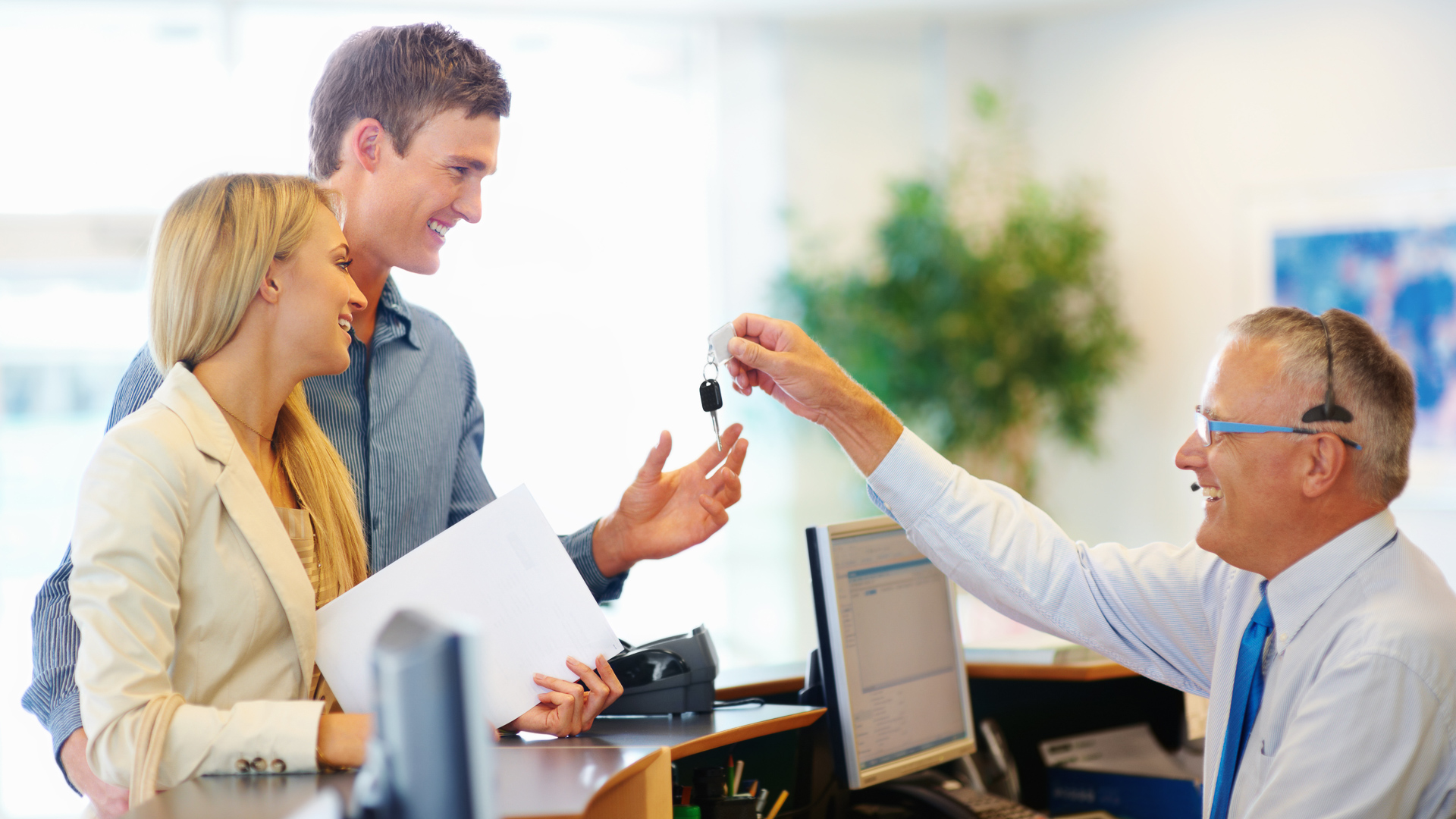 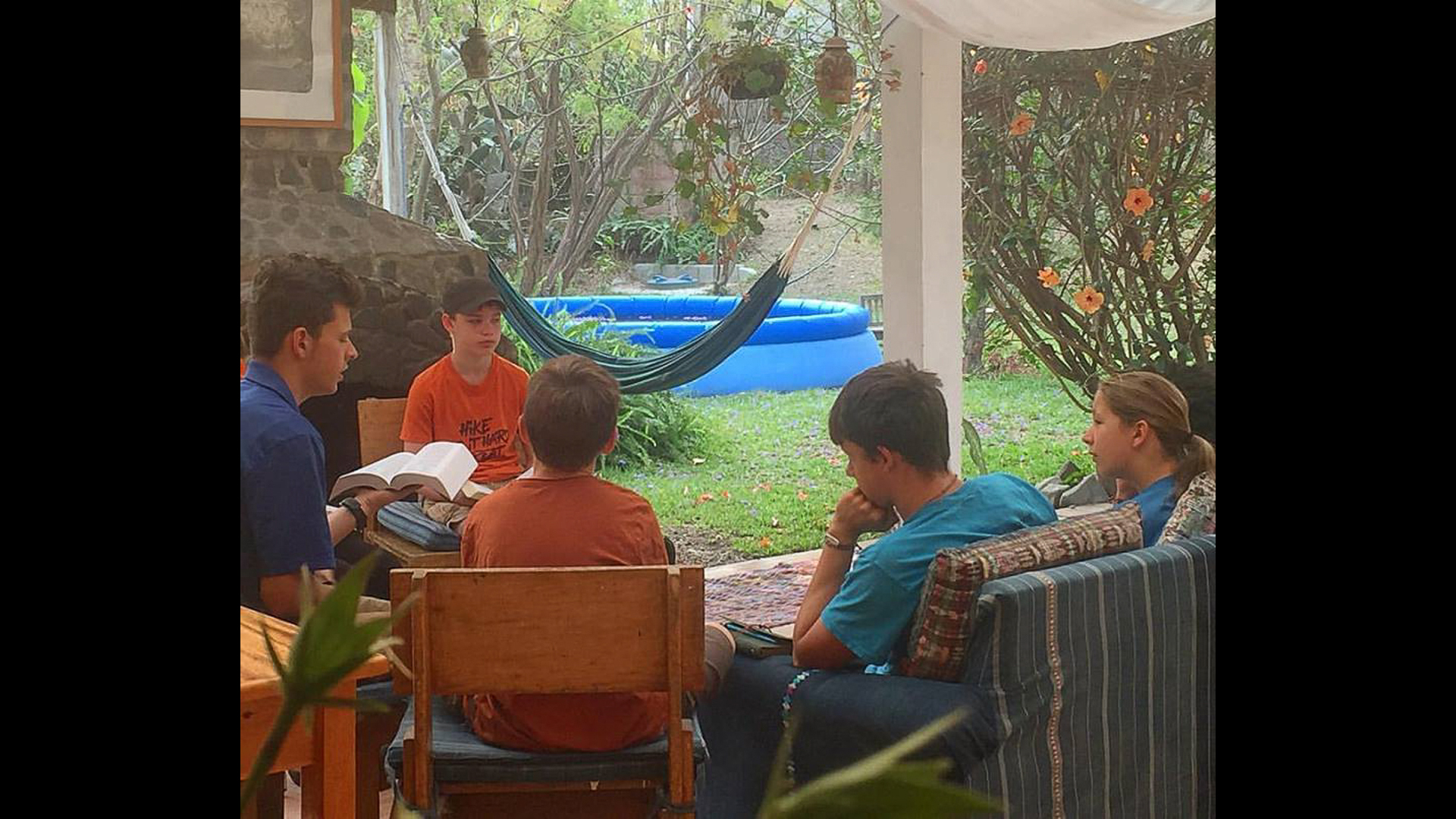 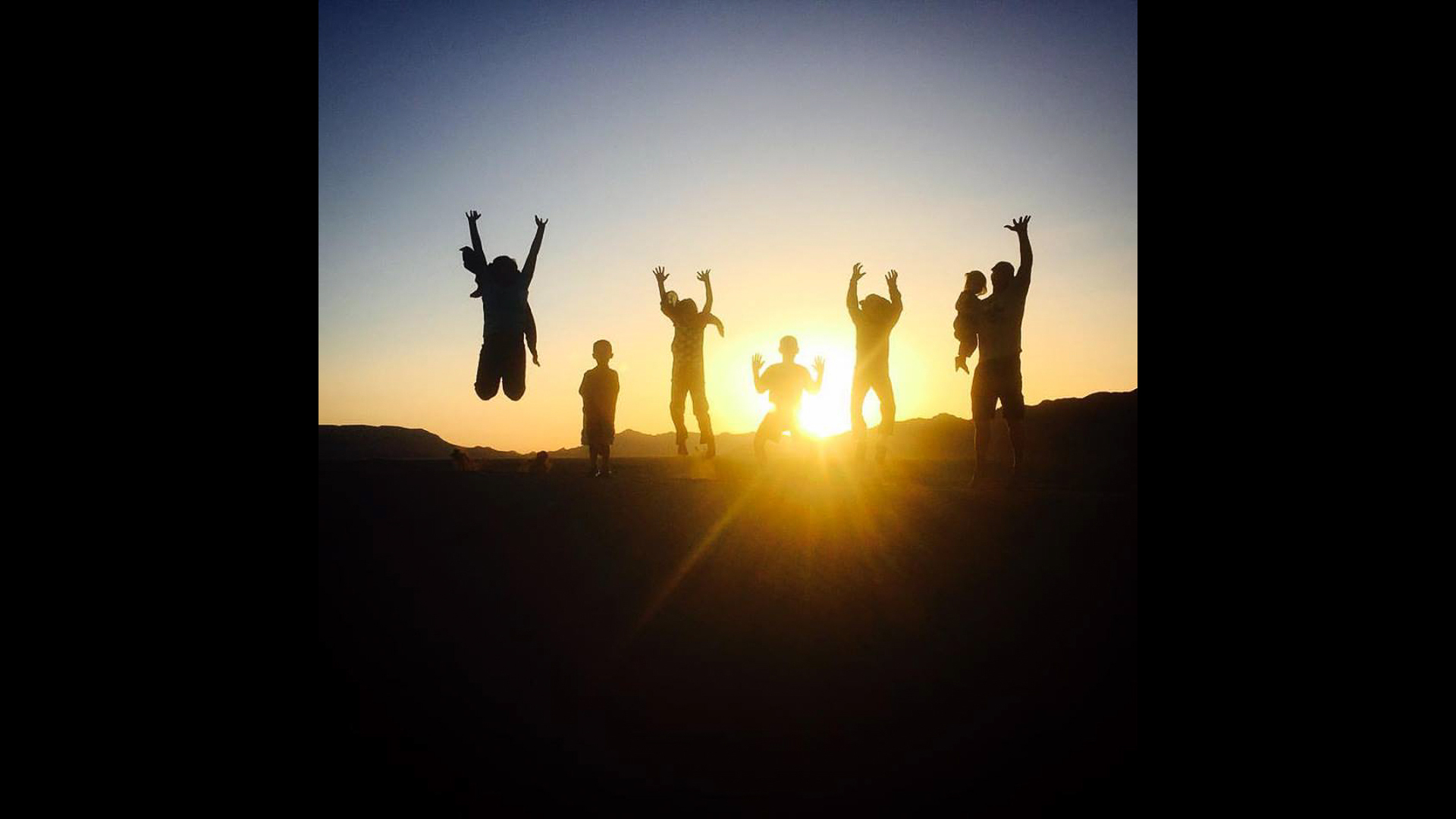 With their fourth child on the way, Greg and Rachel Denning were living the American dream. They had a nice house with a white-picket fence in a good neighborhood in Utah. Greg had a great job as a high school teacher. They had a couple of cars and even a couple of dogs. According to a study by GoBankingRates, Utah was listed as the 17th most expensive state to live in.

“We were settling in for life,” said Greg.

But the Dennings realized that wasn’t the life they wanted. They had read self-help and motivational books and had been inspired to start dreaming bigger. They asked themselves what they would do if they could live any way they wanted. The answer: take their family to developing countries and serve others.

“We genuinely want to live deliberately,” said Greg. “Obviously, it’s not for everybody — but it was our dream.”

So in 2007, after their fourth child was born, Greg and Rachel packed up their family and drove to Costa Rica to start living the good life — in their SUV. That was the start of a nomadic lifestyle that has taken their family, which has grown from four children to seven, to more than 30 countries over the past 11 years.

Here’s how the Dennings have been able to travel the world and live the life of their dreams.

The Dennings weren’t dot-com millionaires or entrepreneurs who sold a business that gave them a windfall to afford traveling full time. In fact, it was quite the opposite. Greg had been a high school teacher. Rachel was doing some writing, photography and web design.

Once they decided they wanted to live a life of travel, the Dennings started saving. They cut unnecessary costs so they could free up their budget to invest in real estate and stocks, said Greg.

However, they didn’t have a big stash of cash when they headed out on their first adventure in 2007 to Costa Rica. Greg said they had only about $10,000 in savings.

They Minimize Expenses in the U.S.

The Dennings knew they couldn’t afford to travel with kids full time if they had to continue paying living costs in the U.S. So, they sold most of their belongings and eliminated their expenses, including their mortgage.

That has enabled them to dedicate the money they have to living expenses on the road, said Greg. Minimizing expenses in the U.S. is one of the keys to being able to travel full time.

“Anything that can be safely canceled or put on hold will make a difference,” he said.

They Work While on the Road

Clearly, the $10,000 the Dennings had saved before embarking on a nomadic lifestyle hasn’t sustained their travels over the last 10 years. In fact, when the Great Recession hit in 2007, the Dennings lost all of their investments.

“We had to come limping back,” said Greg. “We even had to ask for help.”

Despite that initial setback, they managed to continue to travel the world and make money on the road through a combination of working in some of the countries, working online and returning to the U.S. for short periods.

For example, the Dennings lived in India where Greg worked at a school for children whose families were affected by leprosy. They returned to the U.S. because Rachel was pregnant with their fifth child, bought a van and drove to Alaska, where they lived for a year and Greg helped manage a friend’s business.

Over the years, Rachel has done web design work. They now have a blog, WorldSchoolFamily.org, and Greg has a business that focuses on mentorship for youth and their parents. He provides online leadership courses and leads what he calls “transformational” expeditions for youth and adults.

They Usually Drive Rather Than Fly

When the Dennings set out on their first adventure in 2007, they drove in their SUV from Utah to Costa Rica, where they stayed for a year. After spending time back in Utah, the Dominican Republic, Atlanta then India, they drove a van across the U.S. to Alaska.

Then in 2011, they bought a truck and added a camper on the back of it so they could live in it while driving slowly from Alaska to Argentina. “It was such a special experience,” said Greg.

They didn’t make it all the way to Argentina, though. They ended up in Guatemala for a year and a half, then drove to El Salvador, Honduras, Nicaragua and back to Costa Rica, where their sixth child was born.

They sold the camper and flew to Germany in 2015. For three months, they got around on bicycles with trailers to haul their stuff. The family traveled across 17 countries in Europe in a Land Rover Defender. During that time, they had their seventh child.

Unlike most family vacations, the aim of the Dennings’ travels isn’t to be tourists. Instead, they want to live as the locals do and immerse themselves in the country’s culture. So, they head off the beaten path and look for authentic experiences.

“Too often people go right to the touristy places and pay the highest prices,” Greg said. “Spend a little time looking for deals in the lesser-known, but often better places.”

They Rent Rather Than Stay in Hotels

Occasionally, the Dennings stay in hotels during their travels. But typically they rent an apartment or house.

When they first started traveling, they would ask people once they got to a place if they knew of any places for rent. Now, they use Airbnb, which has made it a lot easier to line up accommodations, said Greg.

If you’re traveling all of the time, you can’t eat most of your meals at restaurants as you might during short family vacations. So the Dennings cut their expenses and make meals — but not the type they would have in America. Instead, they eat as the locals do.

They Ask for Discounts

“Years ago, I read a book about millionaires that said they always ask for a discount,” said Greg said. So, he starting doing that while traveling.

“We saved many thousands of dollars simply by asking for a discount,” he said. “This makes a big difference when renting a place or a vehicle while traveling.”

The Dennings also have saved money by asking other people who travel for extended periods of time for their recommendations. They get advice on where to stay for less and where to find good deals.

They Home School Their Kids

Traveling with children full time requires homeschooling — or world schooling, as the Dennings call it. It doesn’t have to cost a lot to educate your children on your own, though. Greg said they use whatever resources they can get for a world-class education, including free online classes and lots of books.

The kids have taken lessons such as Spanish, violin and even horseback riding. But the Dennings have used local tutors and instructors, which keeps costs low. Plus, the children are getting an education by learning about cultures in the places they visit and how to interact with people from all different walks of life.

The Dennings’ travels are by no means luxury family vacations. In fact, there were times they almost gave up on their nomadic lifestyle because they were stretched thin financially. To make it work, they have had to give up some financial security along the way.

For example, when they moved to Atlanta after being in the Dominican Republic, Greg was offered a lucrative job with a car and even a clothing stipend.

“We would’ve been totally set,” he said. But they didn’t want to give up their dream, so he took the job with the school in India instead.

“We have traded our money for experiences,” Greg said. But what they’ve gotten in return has been priceless, he said.

Click through to find out how to take the journey of a lifetime with these around-the-world trips.

More on Saving Money and Families

Eurocamp launches sale on stays during school holidays in 2020

Exploring the work of Sri Lanka's most influential architect