There are over 1.3million deaths and up to 50million injuries on the roads every year.

There is no single simple solution for bringing these numbers down – but one campaign group believes that introducing brightly painted road markings and patterns at deadly intersections can make a huge difference.

The Bloomberg Initiative for Road Safety has transformed a number of junctions in countries including India, Brazil and Colombia with striking colours that it claims makes them much safer.

And it has released fascinating before-and-after pictures that reveal how they have become far less hazardous for cars, cyclists and pedestrians. Turning speeds have been reduced and those on foot and using pedal power have clearly marked ‘safe zones’.

BIGRS has targeted low-to-middle income countries with its brightly coloured ‘interventions’. And that’s because 90 per cent of road fatalities occur in them.

It said: ‘Without action, road traffic crashes will become the seventh leading cause of death by 2030. [These] interventions have been proven to reduce road traffic fatalities and injuries in low and middle-income countries.’ Scroll down to see its bright ideas for yourself…

In a trial the busy Mithchowki intersection in Mumbai, India, was heavily patterned to make it safer for pedestrians. The new intersection geometry slowed turning speeds, reduced crossing distances and lane width and provided additional space for those on foot 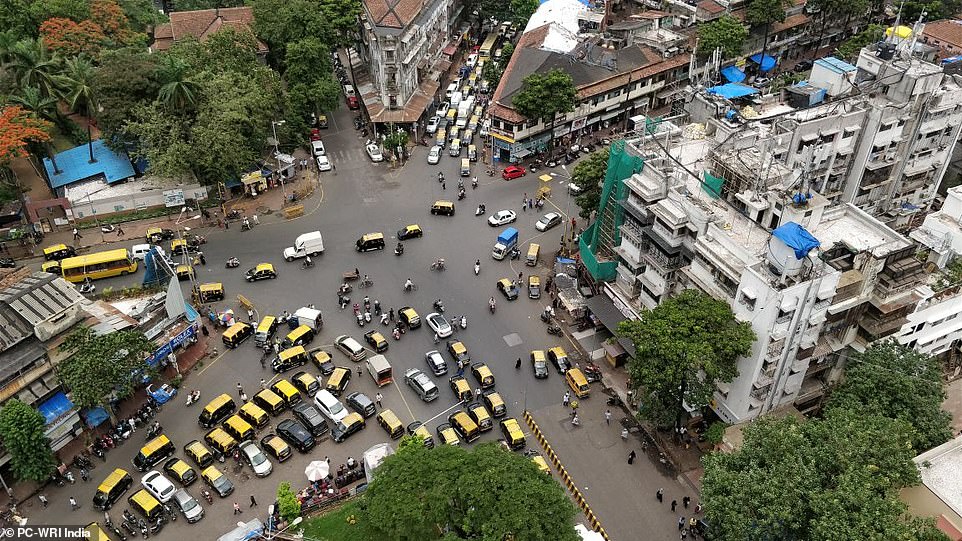 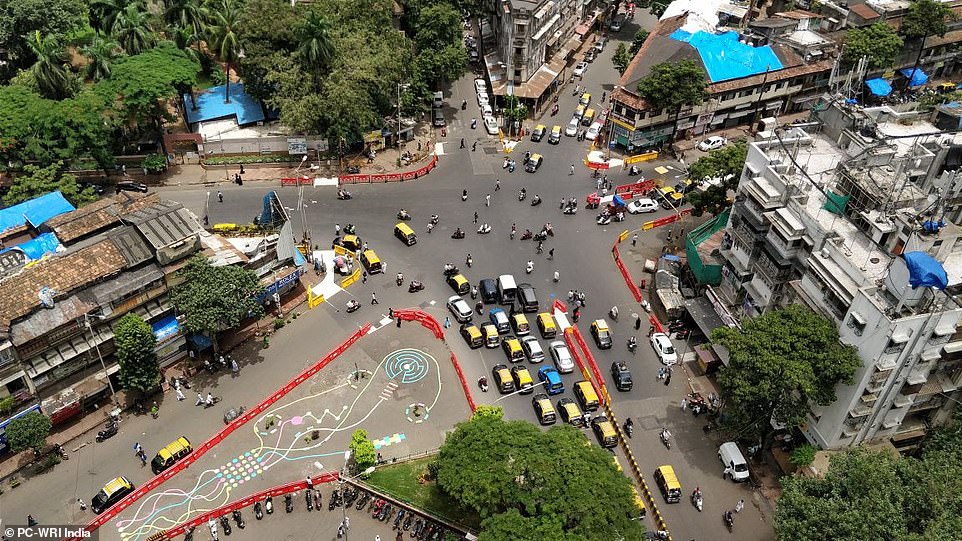 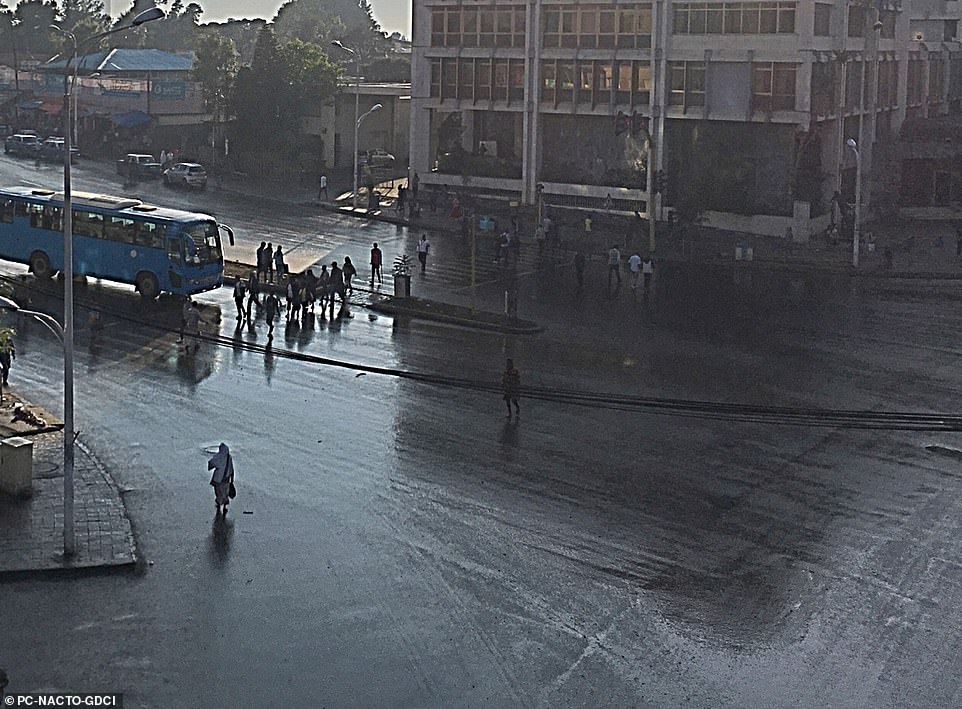 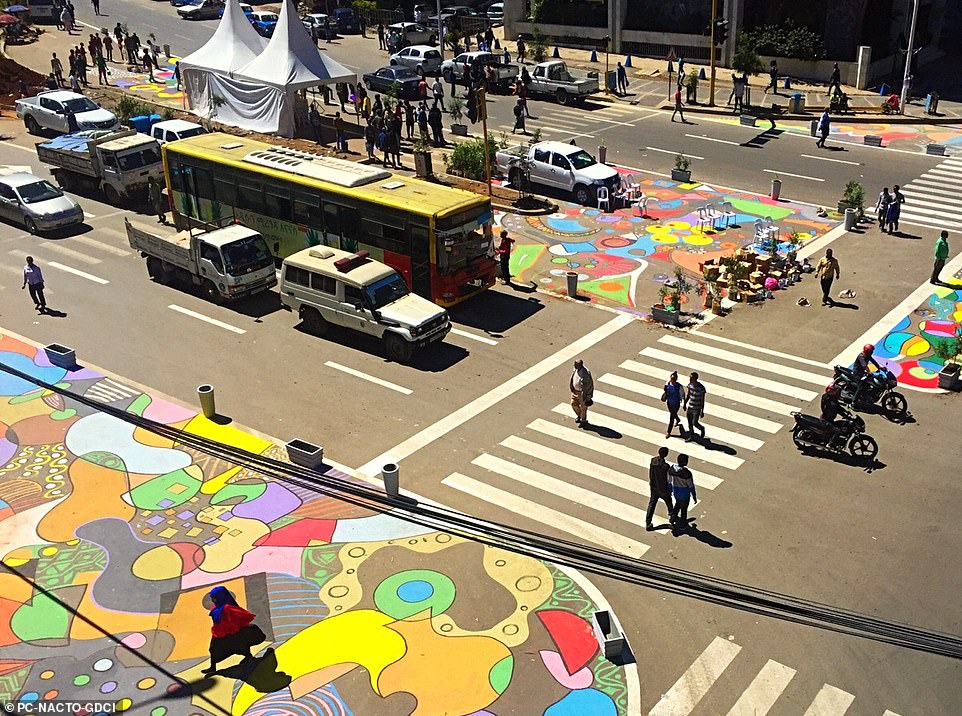 LeGare intersection in Addis Ababa, Ethiopia, was made safer for pedestrians by providing them with additional space, marked out by wacky multi-coloured patterns 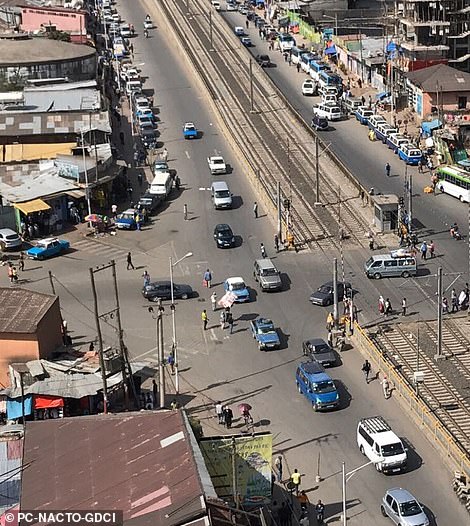 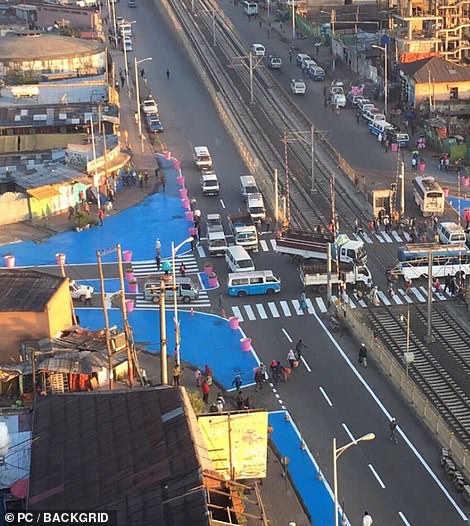 This intersection update in Addis Ababa was the first under the city’s Safe Intersections Program – a multi-year initiative to improve pedestrian safety through street design. Now all road users have a much clearer idea of where they can and can’t go 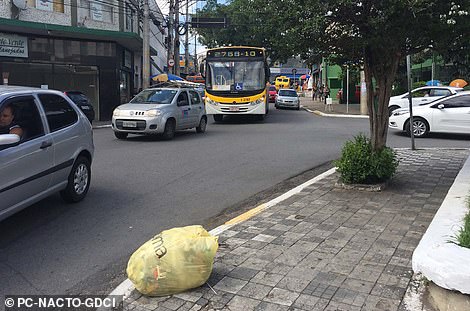 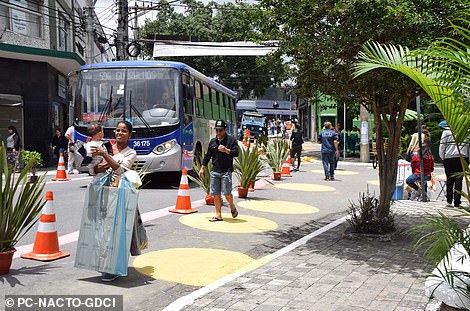 A trial painted footpath in Sao Paulo ‘allowed local agencies to ‘engage with the local community and provide additional space for pedestrians’, says BIGRS. The intersection now looks like a relaxing place for a stroll 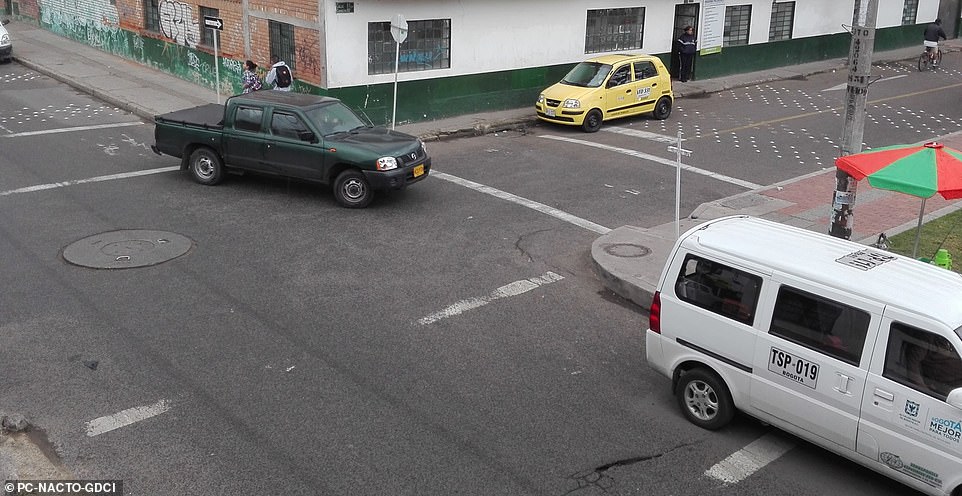 The aim with this junction in Bogota was to make the area safer for pedestrians, in particular school children 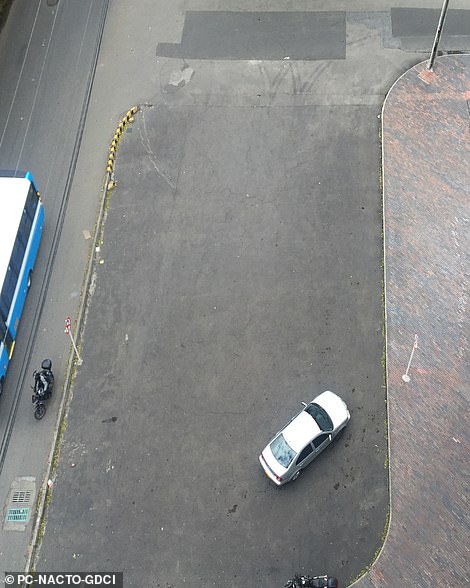 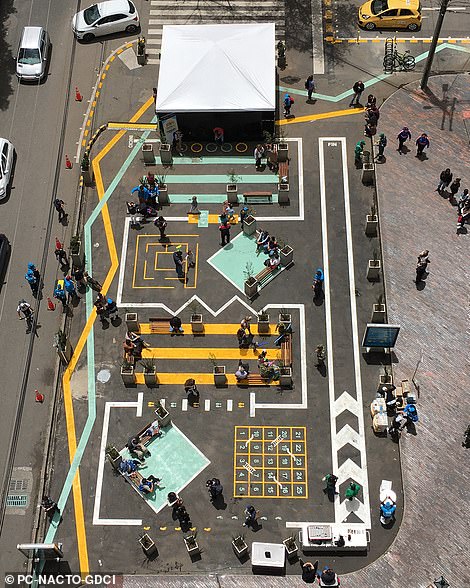 This underutilised parking lot in Bogotá was converted into a public space. The transformation improved the safety of a pedestrian crossing along a high-volume avenue 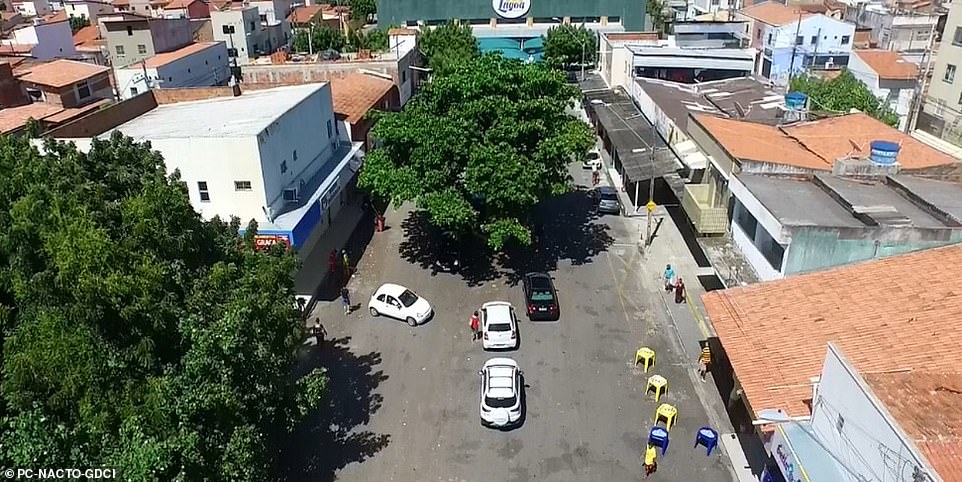 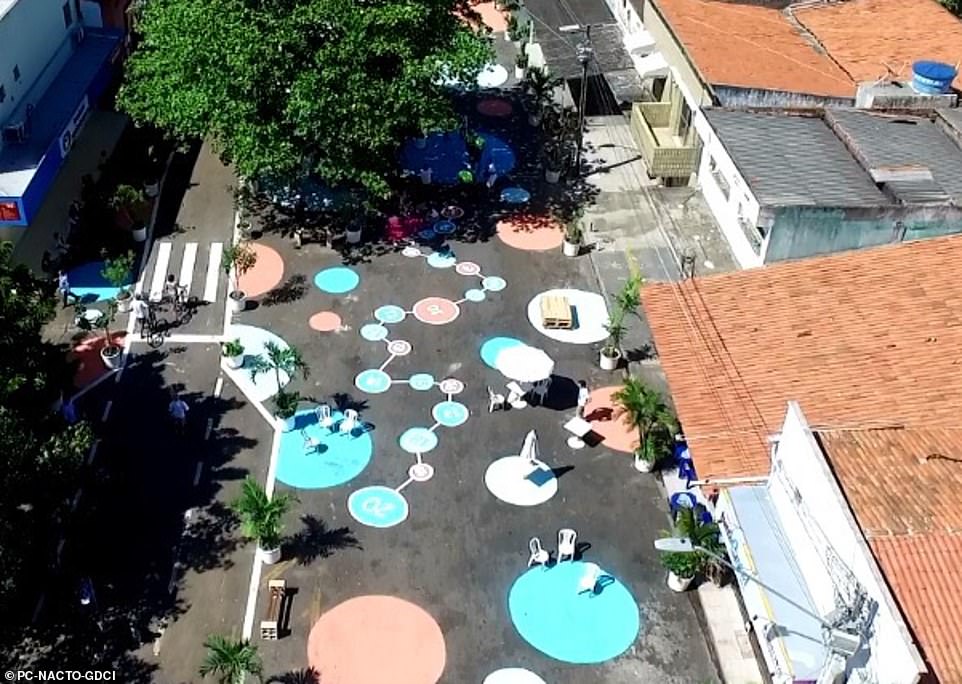 Avenida Central in the Cidade 2000 neighborhood of Fortaleza, Brazil, was transformed in September 2017. The upgrade was the first under the city’s City for People project and aimed to improve road safety conditions while enhancing public space