A bizarre ‘upside down’ hotel touted by some as the inspiration for the Star Wars Sandcrawler could be on the brink of demolition.

Hotel du Lac has been a landmark in the Tunisian capital, Tunis, thanks to its inverted pyramid aesthetics.

But now, standing abandoned and exposed to the elements, its fate hangs in the balance as architects believe it could cost more to restore it than to replace it. 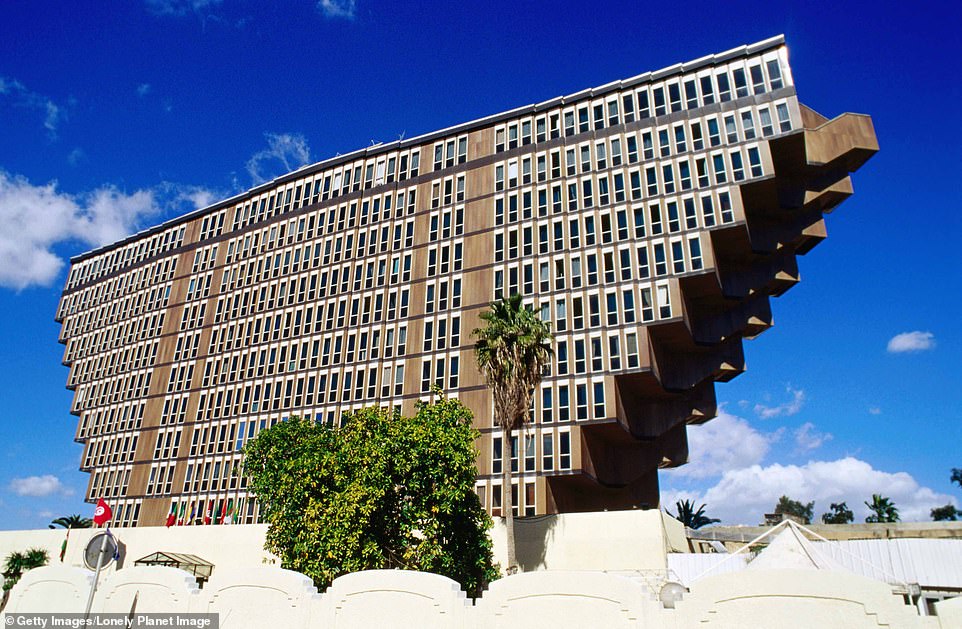 The bizarre ‘upside down’ Hotel du Lac in the Tunisian capital, Tunis, which may be on the brink of demolition 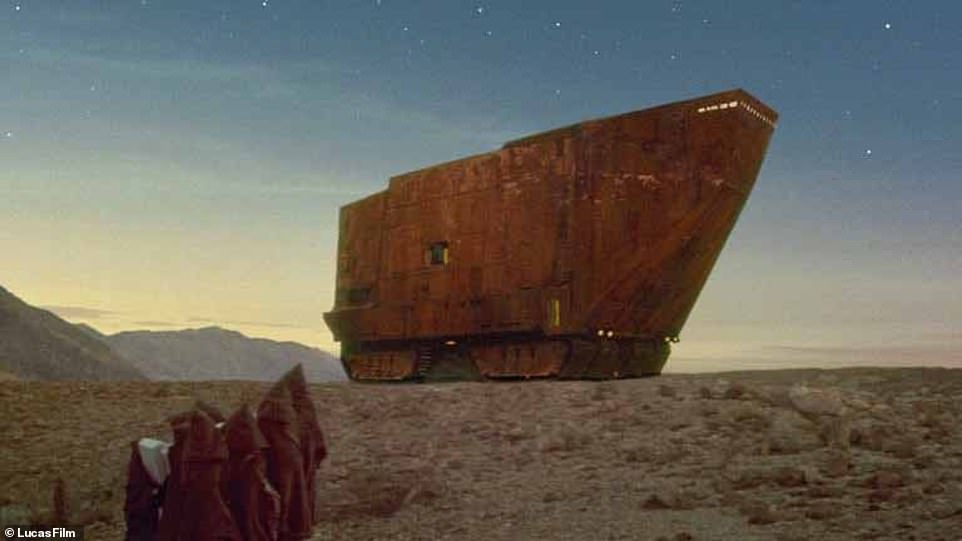 The hotel bears a striking resemblance to the Sandcrawler tank that features in the Star Wars movies. The desert scenes for the first Star Wars movie were filmed in Tunisia

The hotel, designed by Italian architect Raffaele Contigiani, opened in 1973 and boasted over 400 rooms.

Then Tunisia was chosen as a filming location for the desert scenes in the very first Star Wars film, Episode IV – A New Hope (1977).

That movie featured the Sandcrawler, a huge mobile fortress used for transport and shelter by the scavenging Jawas.

And due to its similarity to the hotel, Star Wars fans couldn’t help but wonder if creator George Lucas was inspired by the building. 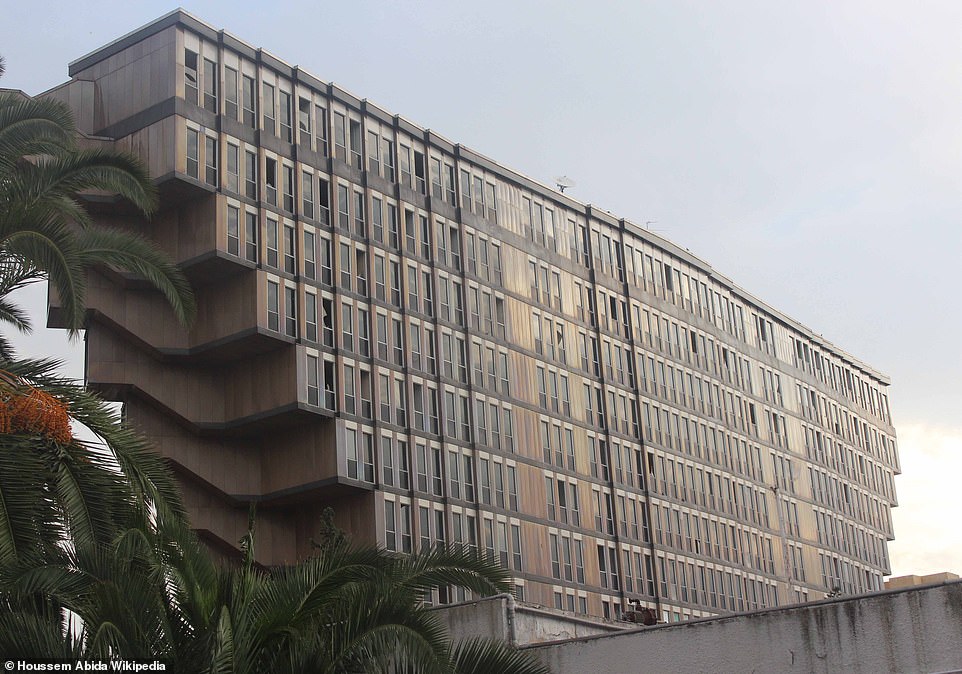 Architects tasked with redesigning the site have warned that the hotel might have to be pulled down. It has been abandoned since 2000

In 2000, the hotel closed and has not re-opened since. It was sold in 2011, with the hope it could be redeveloped.

But now architects tasked with redesigning the site have warned that it might have to be pulled down.

Sahbi Gorgy, a Tunisian architect working for the building’s Tunisian owners told the BBC: ‘The building is on life-support.’

He added that it would cost less to replace it, especially as its steel frame is thought to have weakened. 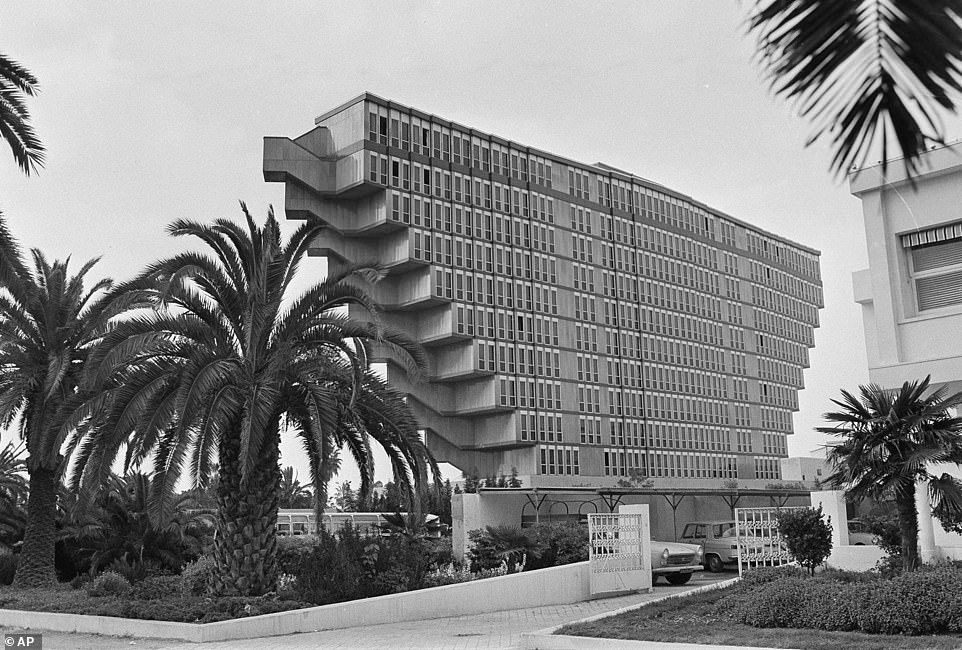 The hotel pictured in 1976, three years after it opened. It was designed by Italian architect Raffaele Contigiani

A campaign has now been started by conservation group Edifices et Memoires, which has started a petition and is hoping for backing from Unesco and George Lucas himself to secure the building’s future.

Sami Aloulou from the conservation group told CNN: ‘The danger is still present. The struggle continues.’

However, some Star Wars experts have played down the hotel’s links to the movies and the Sandcrawler.

That’s because a sketch of what the Sandcrawler should look like was reportedly completed in 1975 – a year before Lucas first travelled to Tunisia.