Perfect fix for a safer staycation: The hotel rooms with mini-kitchens – so guests can cut down on restaurant visits

Every week our Holiday Hero Neil Simpson takes an in-depth look at a brilliant holiday topic, doing all the legwork so you don’t have to. This week: hotel rooms with kitchens for a safer staycation.

Looking forward to a holiday in the UK but not sure you want to eat out every day or head to a hotel restaurant each night? The country’s growing number of ‘apart-hotels’ could be the answer – the perfect compromise between a traditional hotel and a self-catering apartment. The hotel side gives you a 24-hour front desk, while the apartment side offers dining areas, a mini-kitchen with a fridge, hotplates and a sink as well as utensils. Here’s a selection of some of the best apart-hotels around the country.

London is reopening more of its big-ticket attractions every day. Hop-on, hop-off buses are the latest to return, as well as the Sherlock Holmes museum, trendy Camden Market and tours of Shakespeare’s Globe Theatre. You can explore the capital from Citadines Islington (citadines.com), a new ‘rooms with kitchens’ hotel set near the canals and antique markets of the trendy North London district. Stays cost from £119 a night. 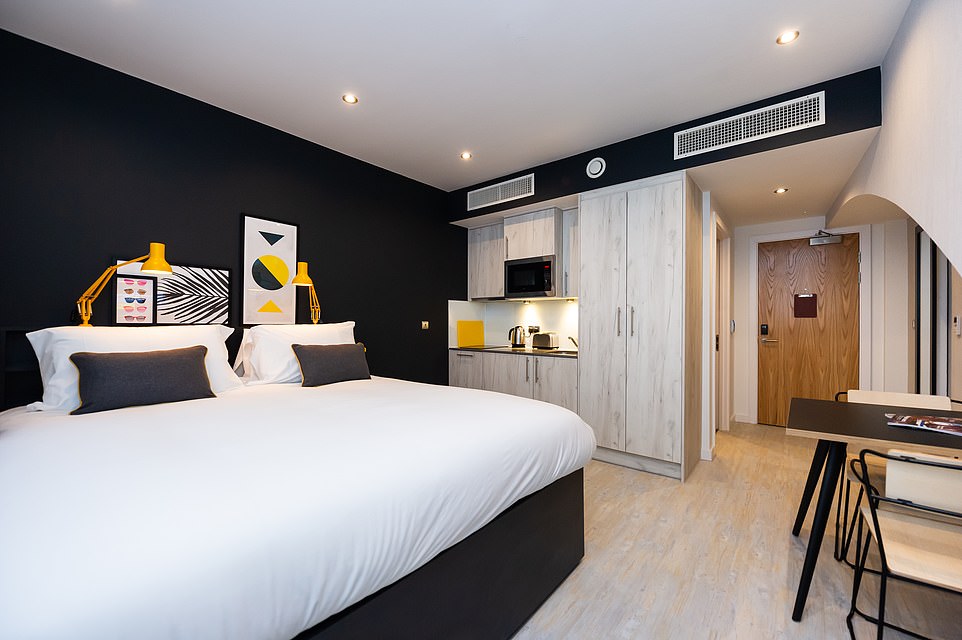 Handy compromise: There are two branches of the Stay City group in Liverpool offering rooms with mini-kitchens from £60 a night

Liverpool is booming, with the Cavern Quarter drawing Beatles fans to its bars and magical mystery tours while the Albert Dock and RopeWalks are perfect for dinner and shopping.

There’s also the Royal Liver Building, the ferry across the Mersey, Britain’s biggest cathedral (head to the top of the tower), Tate Liverpool, stadium tours of Anfield or Goodison Park and more.

There are two branches of the Stay City group (citadines.com) in the city offering rooms with mini-kitchens from £60 a night.

Edinburgh ranks high for royalty and the world-famous castle lets you follow in the footsteps of kings, queens, and even pirates (as guides can explain) on pre-booked tours.

The Royal Yacht Britannia lets you into the state apartments, crew quarters and engine room. If you’ve missed your fix of European art this year, see works by Botticelli, El Greco, Raphael and Titian at the Scottish National Gallery. Near the Queen’s official Scottish home at Holyrood Palace (open for tours) are Adagio’s 146 mini-apartments with kitchens. They cost from £60 a night (adagio-city.com).

Windsor offers the castle the Queen loves most (she will soon ‘commute’ from it to London for official business). Tours take you through battlements built for William the Conqueror and to St George’s Chapel, where Harry married Meghan. The Great Park gives some 5,000 acres to explore (and red deer to spot), the twisting streets of nearby Eton look like the set of a Harry Potter film, and Legoland is a short drive away. 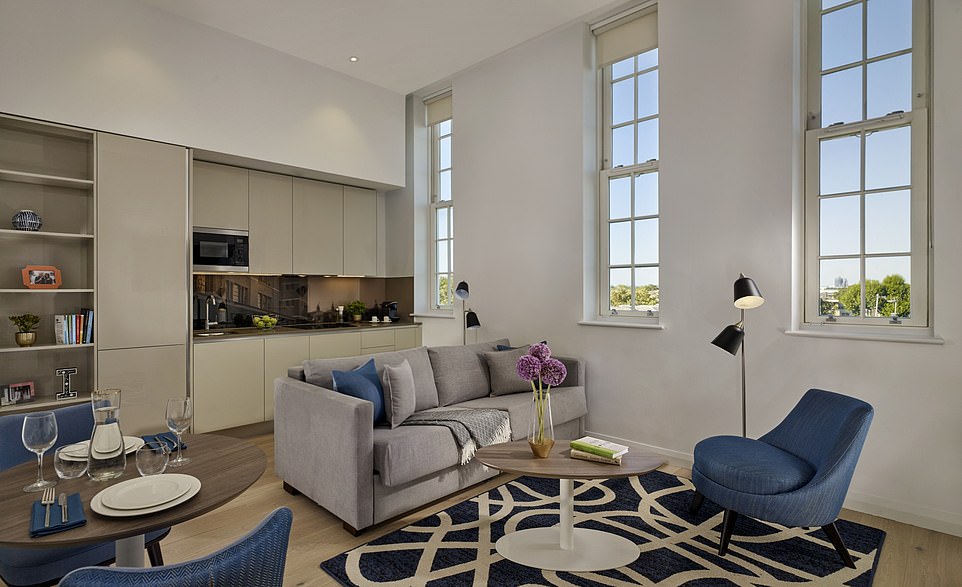 You can explore the capital from Citadines Islington, a new ‘rooms with kitchens’ hotel set near the canals and antique markets of the trendy North London district 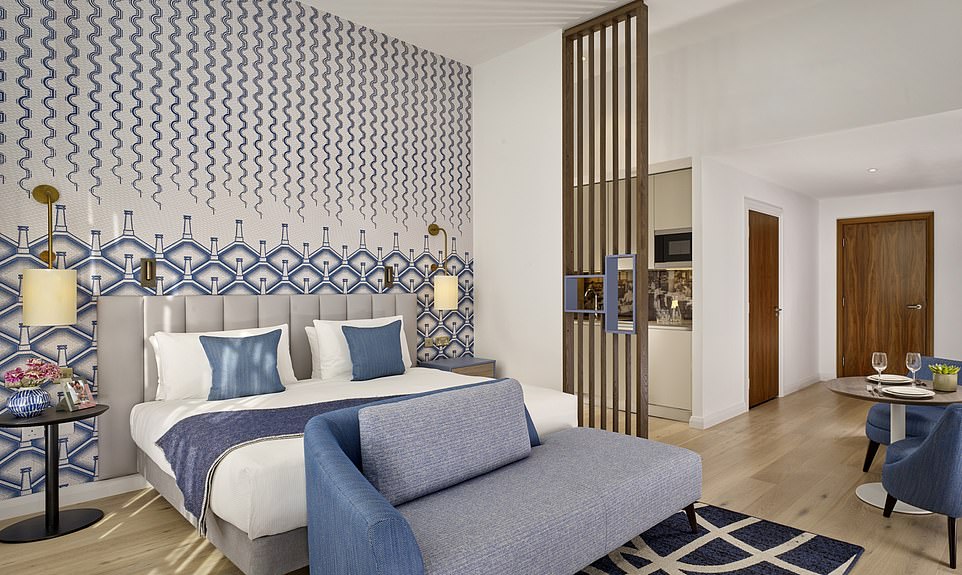 Stylish: Stays at Citadines Islington cost from £119 a night. Pictured is one of the modern rooms, which is sectioned into sleeping and eating areas

On a courtyard by the river, the Sir Christopher Wren (sirchristopherwren.co.uk) offers apartments with kitchens, plus its traditional rooms, from £160 a night.

Hull is a staycation surprise, punching above its weight for attractions. The big one is The Deep, the futuristic aquarium where sharks swim alongside 5,000 other sea creatures. There’s also the Ferens Gallery with works by Canaletto, David Hockney and Turner Prize-winning Gillian Wearing. Or head back to a 1940s high street (complete with trams) at the Streetlife Museum. Take ‘the fish trail’ around town, getting bite-sized chunks of history at every fish sticker. Eat and drink well in the old Fruit Market, where coffee roasteries, gin distilleries and more fill renovated warehouses.

Find stylish rooms with kitchens in the heart of town from £90 a night at hideouthotel.co.uk.