Hot stuff! Inside a former curry house that’s been transformed into a ‘perfect’ pub with rooms in a charming Wiltshire village

If you know the name Jethro Tull, chances are you associate it with a rock band. But centuries before the 1960s group started, the agricultural pioneer whose name it appropriated was busy inventing the horse-drawn hoe, having already perfected the horse-drawn seed drill.

You can admire the exterior of Tull’s farmhouse, called Prosperous, on the four-farms walk from the charming little village of Ham in Wiltshire, a two-hour yomp across arable land that works up a decent appetite for dinner.

Luckily, there’s a superb place to sup, thanks to two local couples who bought what was at the time the local curry house, turning it back into the perfect village pub in 2019.

‘The village really needed a centre,’ says Clemy Sheffield, one of the owners. ‘We wanted a pub everyone could be proud of.’ 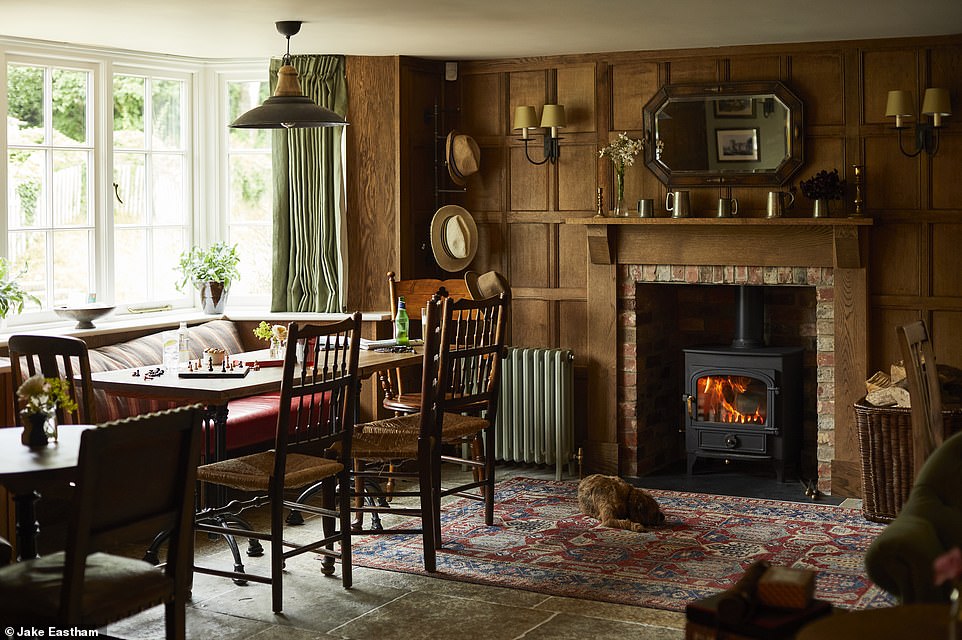 Warm welcome: Jane Knight spends a night at the Crown and Anchor, above, a former curry house that has been turned into a pub with rooms in the charming little Wiltshire village of Ham 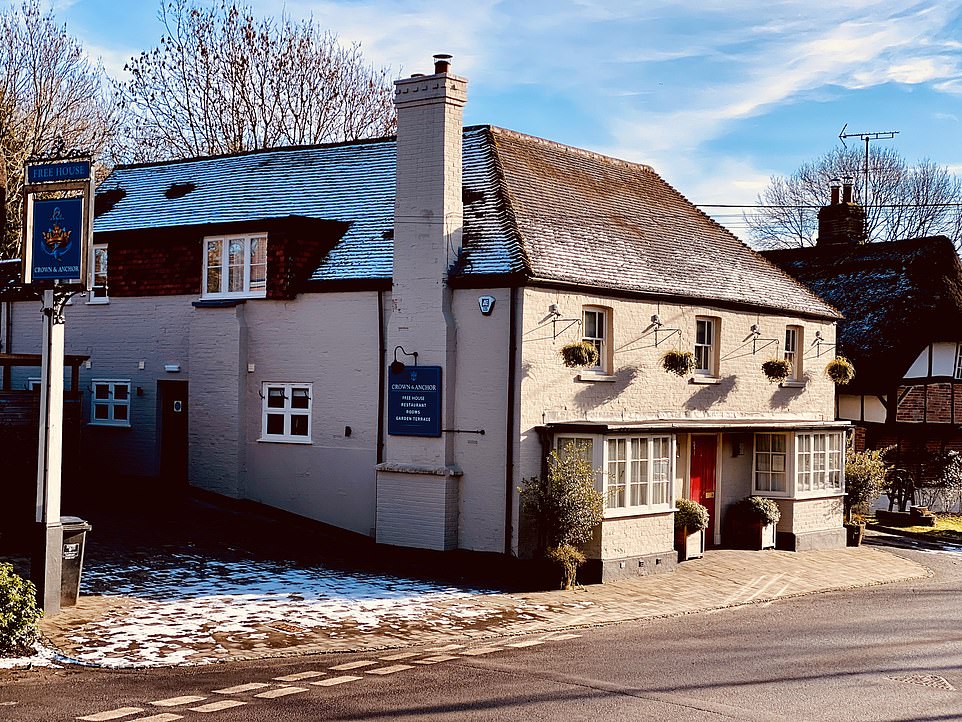 Jane describes the inn, which opened in 2019, as the ‘perfect village pub’

There’s certainly a lot to be proud of in this friendly place, where local farmers and villagers share the bar with overnight guests. It’s overflowing with atmosphere, with all the elements of a traditional pub – flagstone floor, wooden furniture, log-burning stove – as well as some comfy modern additions, from the sofa in the main bar to Martin Parr photos in the loos.

On the wall, along with butter moulds and hunting pictures, is a framed version of the gambling dice game that gave the pub its name. Clemy, an art dealer, designed the interiors herself, with wood panelling from Beatrix Potter’s house in the Lake District in the bar, settle seats and comfy banquettes in the dining room.

It’s here that the pub plays its trump card: the food is amazing.

The short menu features traditional classics done exceedingly well, such as succulent beef burgers with a tower of chips. But it also includes deliciously unusual dishes – I can thoroughly recommend the torched salmon with hispi cabbage and tiger prawn spring roll starter followed by celeriac schnitzel with truffle dressing.

If you’ve still got room (and you’ve certainly earned the calories if you did the walk), do indulge in the dark chocolate cremeux with malt ice cream and honeycomb to finish. 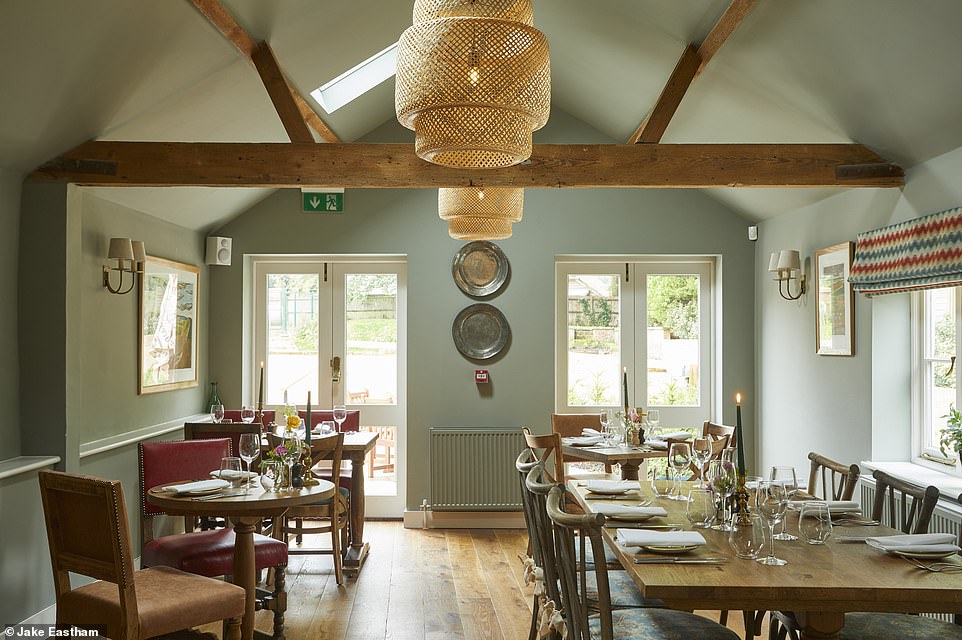 Clemy Sheffield, an art dealer who is one of the owners, designed the Crown and Anchor’s interiors 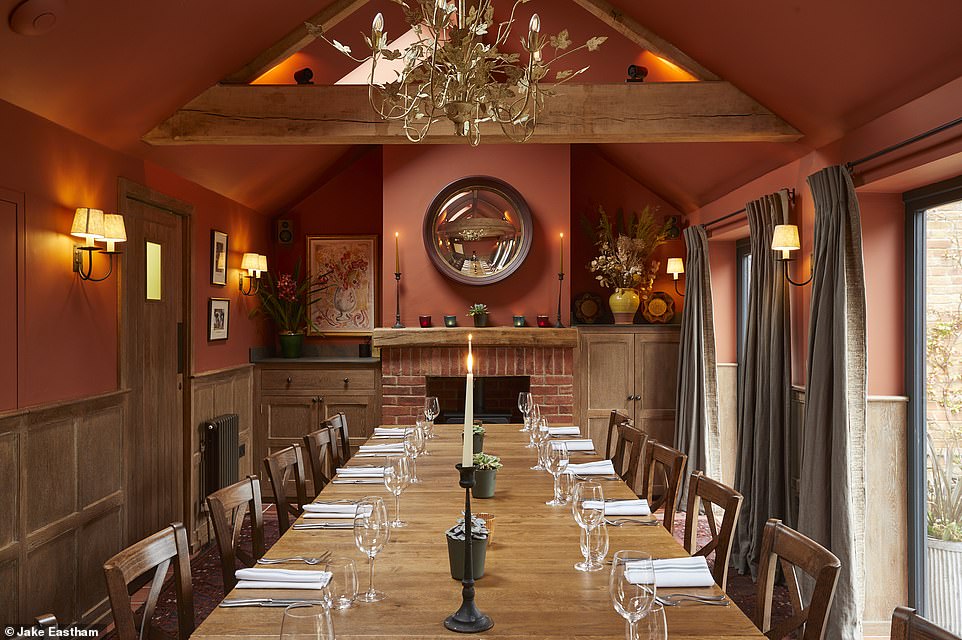 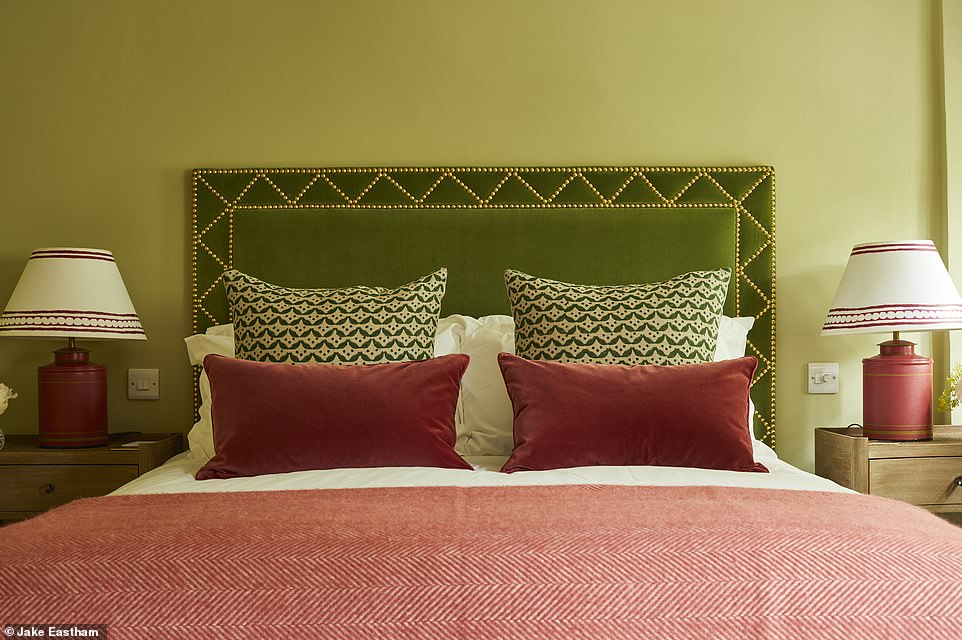 One of the eight pared-back bedrooms, where antique desks rub shoulders with modern fabric headboards 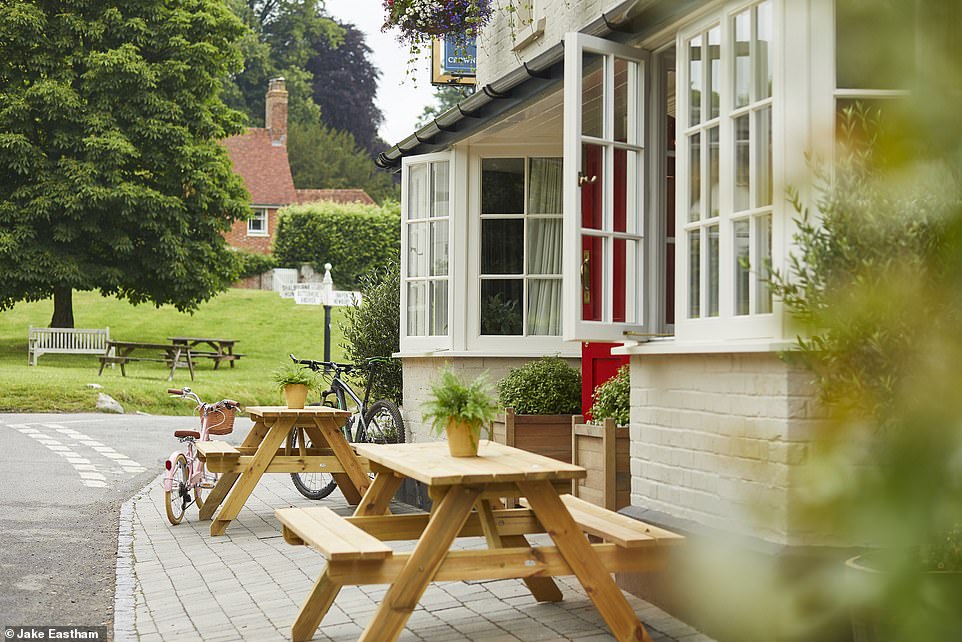 Wash it all down with something from the reasonably priced wine list, the Ham 1840 beer made exclusively for the pub, or some English sparkling Winding Wood from a nearby vineyard.

When it’s time for bed, the eight pared-back bedrooms are as carefully designed as the public rooms.

Noise from happy punters in the pub carries to some of them, but it dies with the evening – the farming community is early to bed in Ham.

As a nod to that farming heritage, the rooms are all named after one of the local farms.

And yes, there is a Prosperous, done out in green and russet fabrics with antique furniture. I think Jethro Tull would have approved.