The world’s first Monopoly-themed attraction has passed go and is now open to visitors in Hong Kong.

Located inside The Peak Galleria on Hong Kong Island, Monopoly Dreams is a 20,000-square-foot immersive attraction inspired by the family favourite board game. The Monopoly Dreams experience begins with an elevator ride, which takes visitors to an area that’s been set up to look like Mr Monopoly’s secret residence.

This room is filled with Monopoly memorabilia, collectables and exhibition pieces linked to the game including a waist-high replica of the vintage car playing piece. 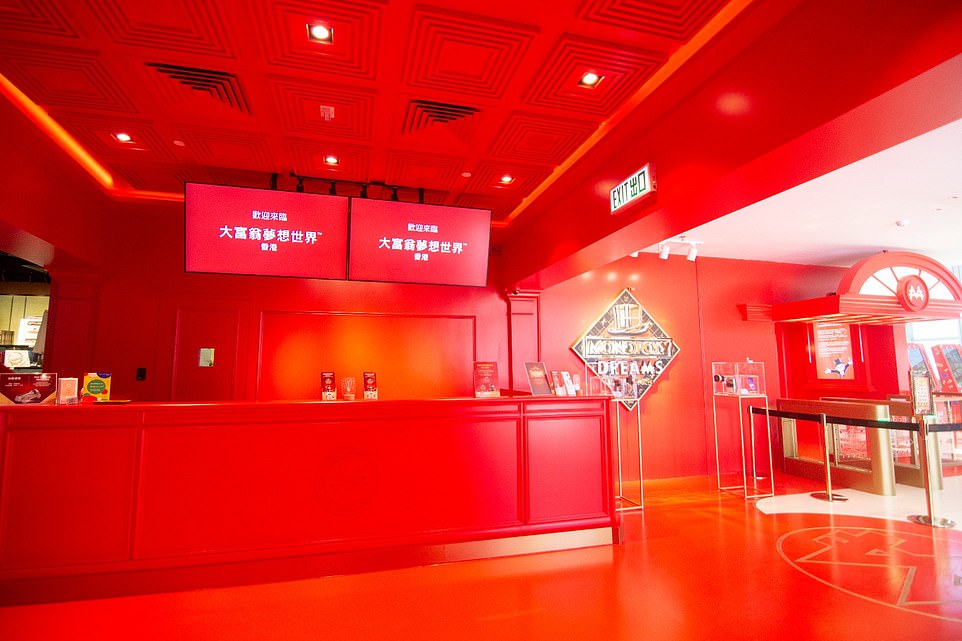 The bright red reception area of Monopoly Dreams. From here visitors move into an elevator area to travel to Mr Monopoly’s Secret Residence 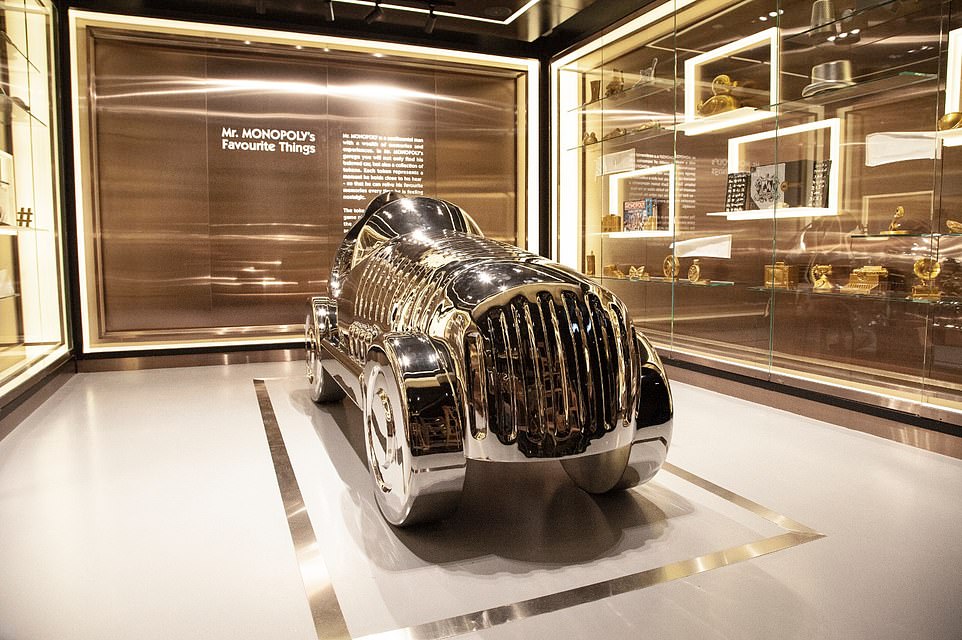 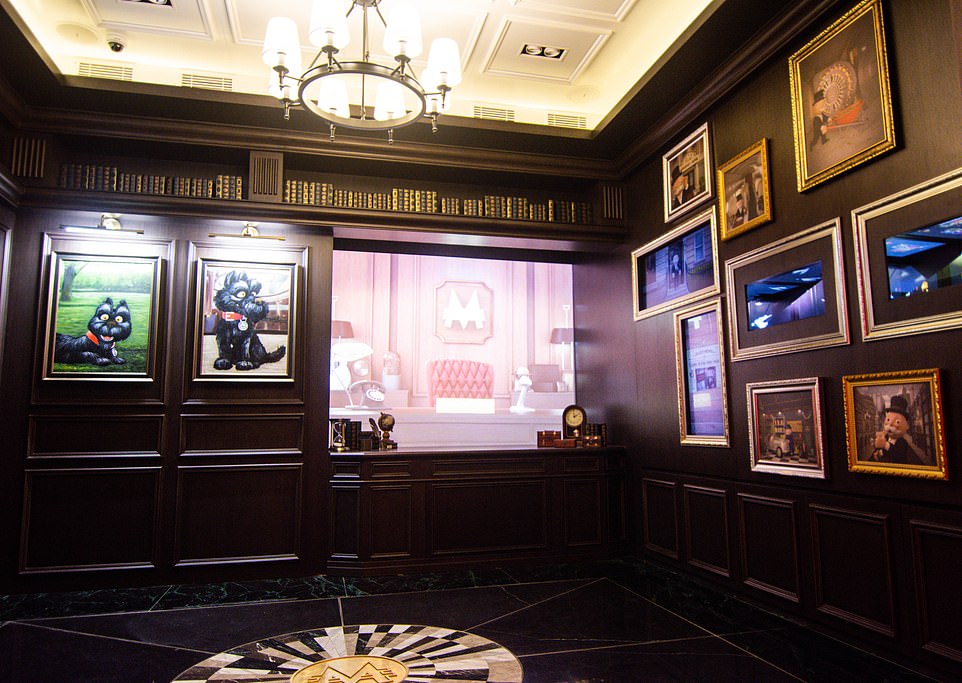 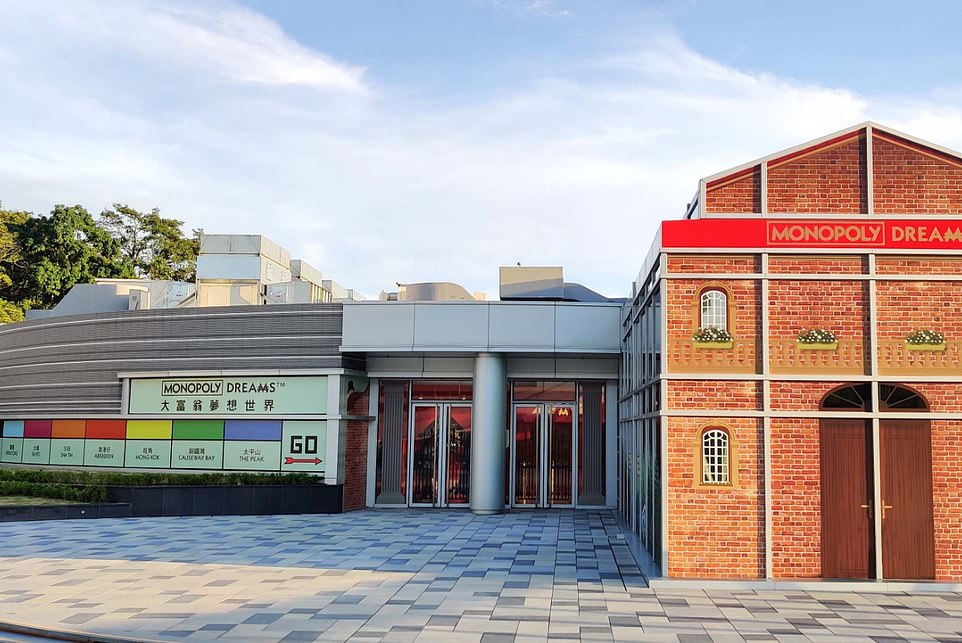 The exterior of Monopoly Dreams, which is located inside The Peak Galleria on Hong Kong Island, close to Victoria Peak

1935: The year the first Monopoly board was made.

47: The number of languages Monopoly has been translated into.

114: The number of countries Monopoly is available in.

300 million: The number of sets sold.

After exploring the residence, visitors can venture into Monopoly Town, where there is a range of interactive areas inspired by elements of the Monopoly board.

Highlights include the jail, which comes complete with a fake toilet, pull down bed and shackles, so people can pose for photos, and the train station, which is home to a 4D cinema.

Visitors can also visit the water works where they can play a water plumbing maintenance game.

Then there are the banking spots. The first is set up to look like a vault and visitors can pose with gold bars here.

The second is the Ultimate Banking section where visitors enter a small room and attempt to catch Monopoly money notes as they’re blown around by a wind machine.

There’s also a Chance area where visitors can play a roulette-style game to win prizes from free snacks to plane tickets.

As with many attractions, a visit to Monopoly Dreams ends in the souvenir shop where all sorts of special edition Monopoly boards, including Game of Thrones and Star Wars versions, are available to buy alongside other themed merchandise.

A second Monopoly Dreams is currently being planned and should open in Melbourne, Australia, in the fourth quarter of 2020.

Why you should cruise to Croatia

The Most Beautiful National Parks, According to an Award-winning Nature Photographer