Home » Travel » Holidaymakers in Mexico are being warned about Sickness parasite

Holidaymakers visiting Mexico are being warned about a crippling bug that has struck tourists causing stomach pains, sickness and diarrhoea.

Guests staying at hotels in the Riviera Maya resort and Cancun have been infected with the cyclsopora parasite for the fifth year in a row.

Nearly 600 Brits have been struck down with the bug since 2015, which is spread by contaminated water and food. 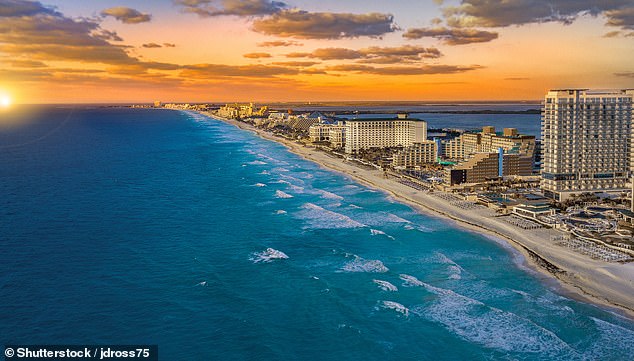 Holidaymakers visiting Mexico including Cancun, pictured, are being warned about a crippling bug that has struck tourists

The same area was subject to a Public Health England warning three years ago after hundreds of Brits were ravaged by the bug.

But it seems lessons from previous outbreaks have not been learned as it has started infecting British tourists again.

At least 14 have fallen ill so far and Health Protection Scotland is advising anyone who has visited the affected resorts and is feeling ill to seek medical attention.

The sickness bug is spread by infected human faeces contaminating water or food and previous outbreaks have been connected to salad products like mint, lettuce and basil and fresh soft fruits like raspberries.

Advice suggests the illness is likely linked to tainted food delivered to luxury all-inclusive hotels in the region.

One victim remains sick from the bug a year on from a holiday to the same resort last year and has now been referred to a hospital tropical medicine unit after testing positive for the bug for the fifth time.

Nick Harris, head of travel at Simpson Millar solicitors, which is representing over 450 victims caught up in the current and past outbreaks, said: ‘We have been inundated with people who have fallen ill in the resorts. 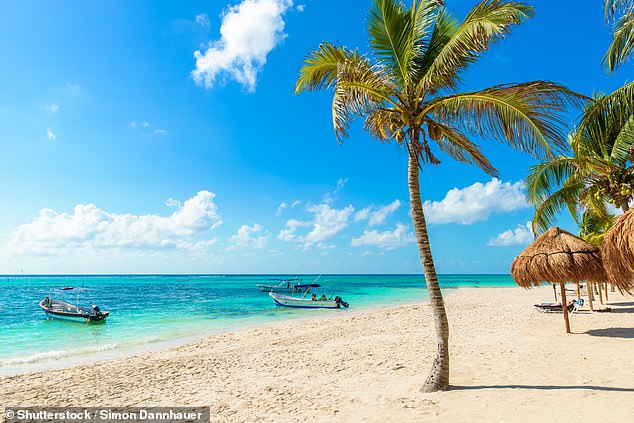 The bug has also infected holidaymakers staying in the resort of Riviera Maya, pictured

WHAT ARE THE SYMPTOMS CYCLOSPORA?

The time between infection and becoming sick is usually one week.

Other common symptoms include loss of appetite, weight loss, stomach cramps, bloating, gas, nausea and fatigue. Vomiting, fever and other flu-like symptoms may be noted.

Some people who are infected with Cyclospora cayetanensis do not have any symptoms.

‘This latest cluster of illness just shows how Tui are playing with the health of their customers.

‘So far we have been contacted by people who have fallen ill in five different hotels. But I understand there are others affected and as this is peak season like other years it has the potential to spread like wildfire.

‘People have saved all year only to be let down by their tour operator at the first hurdle. They knew this bug is rife in Mexico but haven’t told people preferring to keep quiet.

‘But we have spoken with tourists who said the first they knew of the illness was when letters were given to them in the resort. By then it is too late.

‘Tour operators need to do more instead of putting profit before safety of their customers who have put their trust in them.’

Health Protection Scotland state on a travel advisory note on its website: ‘All travellers to Mexico are strongly advised to maintain a high standard of food, water and personal hygiene even if staying in luxury resorts.

‘Infection is transmitted through consumption of contaminated food or water, direct person to person spread does not occur.

‘Foods often implicated in outbreaks include soft fruits like raspberries and salad products such as coriander, basil and lettuce.’

Experts from Health Protection Scotland said if any travellers had fallen ill since returning from Mexico they should visit their GP and ask for a cyclospora test.

A spokesperson for Health Protection Scotland added: ‘There have been seasonal outbreaks of cyclospora infection in returning travellers from Mexico over the past four years.

‘The majority of cases stayed at the Riviera Maya and Cancun regions of Mexico. Health Protection Scotland is aware of cases this year with a history of travel to Mexico.

‘Cyclospora infection can cause diarrhoea illness. Prevention is through following good food and water hygiene practices at all times while on holiday, even if staying in high end, all-inclusive resorts.’

The company has previously said that while it would be inappropriate to comment on ongoing legal proceedings,

It added that is also important to note that the number of customers who reported any sickness during their stay make up less than one per cent of the total customers who stayed in these resorts during the relevant period.

The Hair and OMG, the Suit ·