Great British Boltholes: Oddfellows in Chester is as mad as a March hare!

You know those hushed hotels that cocoon you in minimalist luxury? Oddfellows isn’t like that. Walk up the stairs of this mansion and you’re in a Georgian-inspired den of wraparound fun. One of the salons has chairs and tables stuck on the ceiling. In another, two giant hares box each other. In the bar, a stag’s head has a scarf tied in a jaunty fashion around its neck.

This rambling building was once home to the Oddfellows Society, a group of artists and artisans who knew they wanted to bond but didn’t fit into any of the established trade bodies of the day. Today, the clientele feels just as fun: large groups of friends and families, or couples on a romantic break. 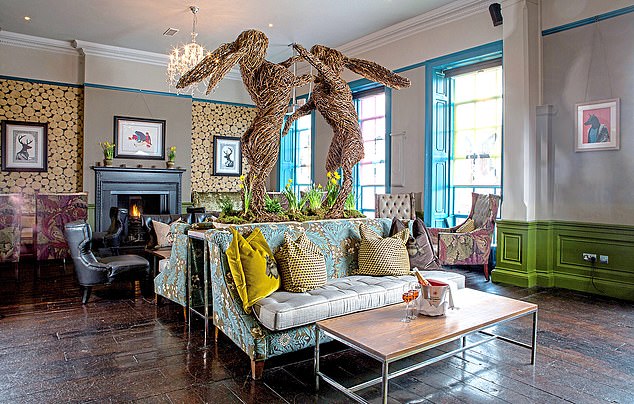 Quirky: One of the salons has chairs and tables stuck on the ceiling. In another, two giant hares box each other (above)

At the centre of the hotel is a roof garden with heaters, booths and a bar. Afternoon tea is very much a thing too – staff can serve up to 200 a day.

The 18 bedrooms have coffee machines and Roberts radios as standard. Mine, the Newbrook, has a bath tucked into the eaves and a retro cinema theme, but mostly your eyes are drawn to the vast circular bed.

It looks out on to the garden bar, so not exactly ideal for an early night – but then this hotel doesn’t attract guests who want to catch up on box sets with a cup of tea. 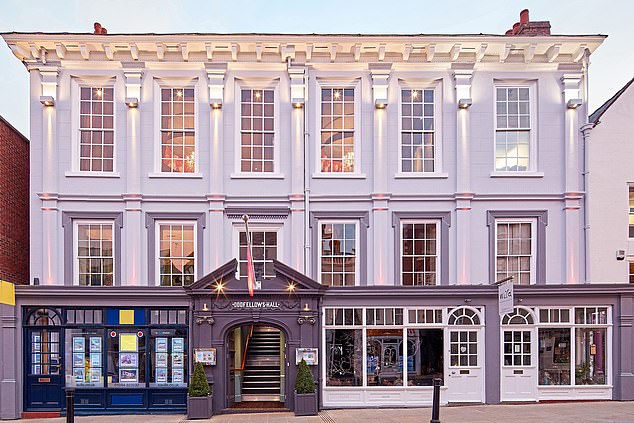 The exterior of the 17th Century hotel, which was once home to the Oddfellows Society

USP: A 21st Century pleasure palace in a city where ancient Roman remains meet designer shops and horse racing. That there are eight different champagnes on offer also gladdens the heart.

Rooms: The romantic choice is Lady Mary’s Loft. Named after the Chester aristocrat who commissioned the hotel in 1676, it has two freestanding baths. A short walk away, there are also four two-bedroom apartments overlooking the River Dee.

The food: The restaurant, Cultivated, hits all the locally sourced buttons (part of the roof becomes an edible garden next year). There’s plenty of modish cauliflower and my beef was both cured with coffee and delicious.

You can rest easily on a sleeper train | Letter