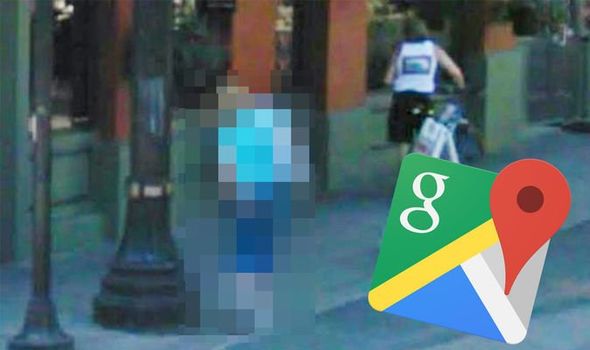 Google Maps Street View has the practical function of showing users what the world looks like from street level. Google cars drive across the countries of the world taking photos of their surroundings. But, as the cameras snap buildings, road signs and more… they also capture people. Often, if someone has been caught while they are doing something embarrassing, the image will go viral – and this snap is no exception.

The Google Maps photo has captured a woman in the middle of an act she’d probably hope no one saw.

She is reaching around the back of her blue trousers to pull out a wedgie.

The underwear shift is no subtle move and there’s no denying what she’s up to.

The woman’s face cannot be seen as she is facing away from the camera so luckily her identity is hidden.

Only one other person can be seen in the photo and they are in front of her on the pavement.

Likely the woman thought no one could see her as she attempted to remove the wedgie – but how wrong she was. 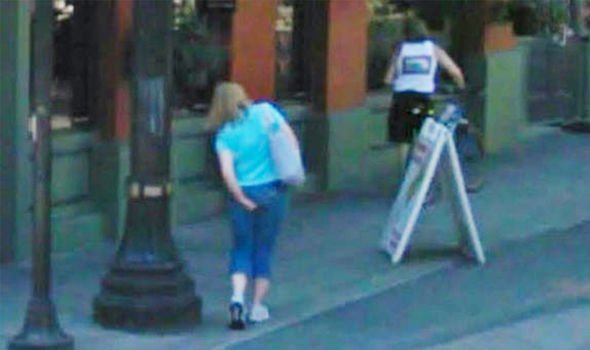 Her etiquette faux pas was captured for all the world to see – and internet users have shared their thoughts on her actions.

One person commented on Imgur: “Going to the movies? No? Why ya pickin’ your seat?”

Another wrote: “I wish I could pick my wedgies in public. But alas, I live in constant discomfort due to the curse of my own self-conscious ways.”

The woman is far from the only one caught doing something embarrassing in public.

A cyclist in Japan was captured by Google Maps Street View in an entertaining photo series as she fell off her bike. 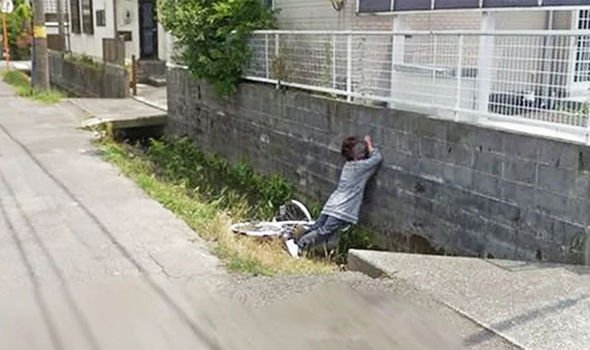 One shot shows the woman losing her balance as she rounds the corner and the Google car approaches her.

In the next shot, the cyclist has been snapped just as she falls off the bike. Caught motionless in the still image – she looks to be holding out her hand towards the nearby wall to block her fall.

The subsequent photo is the most entertaining for Google Maps users – but was probably the worst bit of the episode for the poor woman.

The bike is now completely on one side on the grass as the woman is slumped against the wall. Her arms and head are pressed against the stone, although she is yet to completely fall to the ground.

The final two shots see the woman as she picks herself up – and appears to be unscathed – although it would seem the Google car did not stop to help.

30 Secluded Beach Towns to Visit in the Shoulder Season