Google Maps has been used for many years and allows you to visit anywhere you want to in the world. From viewing the Eiffel Tower to the Empire State Building, Google Maps Street View allows you to see the landmarks as if you were there in real time. However it has also been used more recently to discover some of the world’s most mysterious sightings.

This was definitely the case for a car in Michigan, America.

The scene takes place on a highway in the area which pictures an unusual looking red car.

While all the other cars around this particular red car appear to look normal, this red car is very unusual looking.

It appears to have six wheels which for this brand of car is very rare. 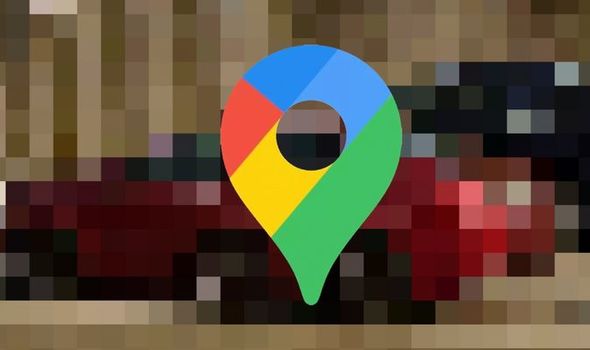 While it is hard to detect the brand of car, it looks like a Ford from afar.

The first and second wheels look normally placed as on a regular car.

The third set of wheels is directly behind the second.

A Reddit user commented on the photo and wrote: “I’m pretty sure that’s a 3×3.”

So could this car be a new rare car that Google Maps has uncovered?

While some users may think this is actually a six wheeled car, from different angles on Google Maps, it appears to only have four like a normal car.

The most likely reason behind this shot is that it has become stuck in a Google glitch and the camera has elongated the car.

Google glitches are very common due to objects constantly moving during the shots. 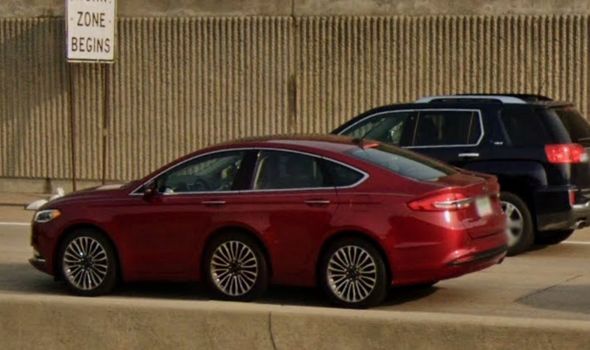 Google Maps creates the images by stitching together the 360 image sets submitted by users, meaning small errors can easily occur.

The car would have been moving when the photo was taken as it was on a highway while pictured.

This means it would have been going at quite some speed and has become stuck.

The stitching then becomes confused and creates what is known as a glitch. 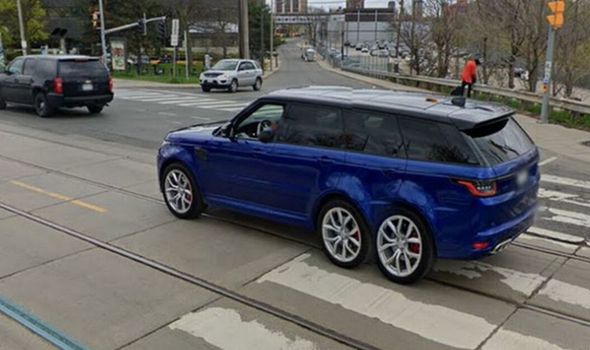 However none of the other cars have been caught in the glitch which is why Reddit users questioned whether this car was real or not.

This is not the first time a six wheeled car has been pictured on the streets.

This scene happened in Toronto Canada and left Reddit users stunned as to what they were seeing.

One shocked user posted the image to Reddit to see if any other users had any idea if the image of a Range Rover with six wheels was a glitch or a new range.

It would seem that a six wheeled stretch version of the Land Rover Defender does exist and costs around £125,000.

However the Range Rover appearing on Google Maps Street View appears to be a glitch caught at that moment in time.