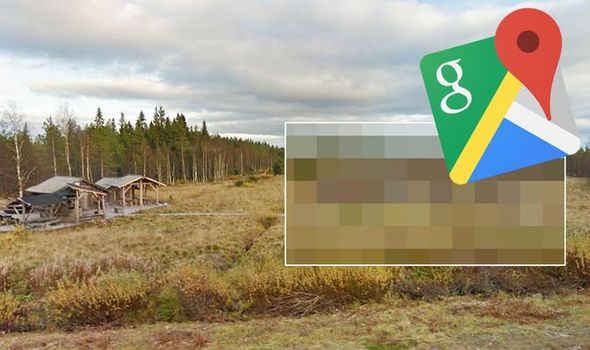 Google Maps Street View has snapped a very sinister looking scene in a Finnish field. As one travels down Highway 5 outside of Suomussalmi, Finland, look to the side and the bizarre spectacle looms into view. The field is teeming with figures standing stock still and in total silence. Even if one changes the date on Street View and travels back in a time a few years – the figures are still there.

So what is really happening on this field in Finland on Street View? Are they people congregating or is there more than meets the eye?

On closer inspection of the figures, it becomes clear that they are not human at all.

They are rows upon rows of scarecrows dressed up in human clothing.

Their purpose is not to keep birds away from crops, however. It is, in fact, an art installation.

Dubbed the Silent People, they are the work of artist Reijo Kela.

The scarecrows are made up of peat heads covered in straw hair and wooden bodies. 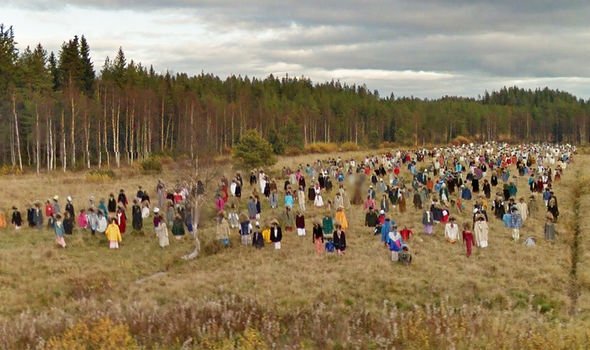 The installation has been erected in several locations in Finland before ending up off Highway 5.

Many people are curious about what the installation really means but Kela has given nothing away.

The artist simply wants viewers to work out what they feel the scarecrows mean by themselves.

One theory for the figures is that they represent those killed during a brutal battle that took place nearby during the Winter War of 1939-1940 between Finland and Soviet Russia, reported Atlas Obscura.

Kela isn’t the only artist to use lifeless figures to represent a forgotten people (if indeed that’s what he intended). 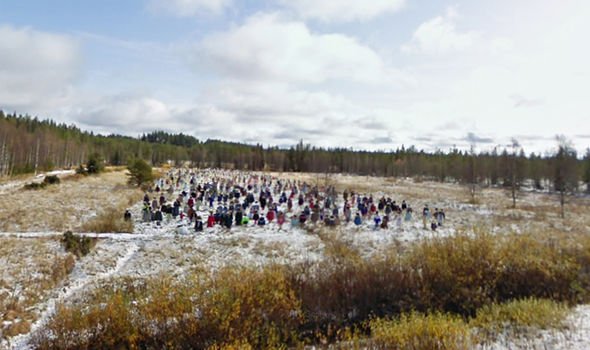 In Japan, there are dolls positioned all over the village of Nagoro and it’s become well-known for them.

Viewable on Google Maps, they are made by Japanese artist Ayano Tsukimi and each doll is modelled on a resident of the village who has died or departed.

Tsukimi is said to have been inspired after she created a scarecrow which resembled her deceased father for her garden.

Saddened by the decline of the village as residents left for bigger cities and the ageing population remaining, the artists struck upon an idea.

She went on to craft life-size doll replicas made out of cloth of those who were no longer in the village.

Hawaii faces a ‘tipping point’ in tourism, and Southwest Airlines could bring relief

The 12 adventurous trips for families with teenagers