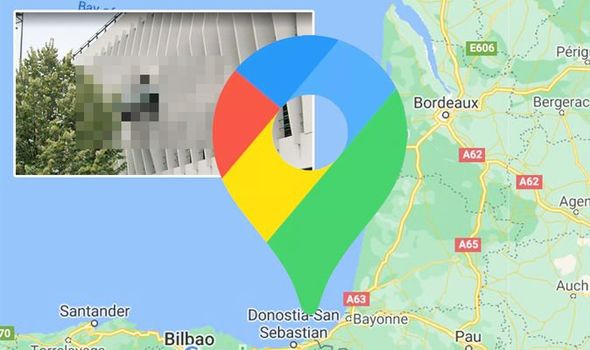 Google Maps Street View photos often go viral when the camera snaps something funny, shocking or dramatic. Viewers are quick to share such images online – and this week, a Reddit user posted a very alarming-looking sight indeed. The Google lens appears to have photographed a terrifying action shot.

However, one vehicle’s manoeuvres seem to have taken a vertiginous turn for the worst.

The vintage car, in British racing green, has smashed right through the walls of the car park.

Its front wheels hang out over the edge as it teeters precariously, very much looking as though it is about to fall out and crash into the tree opposite at any moment. 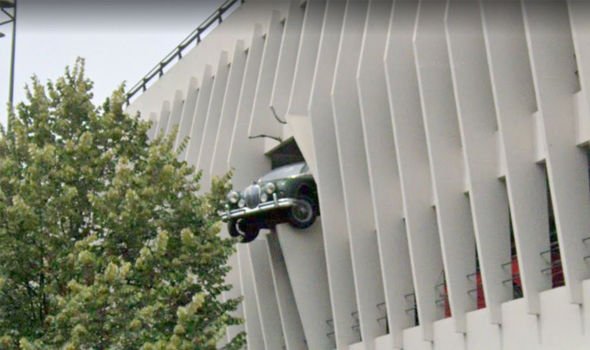 What horrifying incident has the tech giant caught mid-motion?

Luckily, the spectacle is not, in fact, a disaster in the making.

The scene is actually an art installation.

The Bordeaux car park was built in the 1960s by architects Jean Dauriac and Pierre Laffitte.

In the 90s, the space underwent renovations, at which point artistic inspiration struck.

It was originally thought to be only a temporary public art installation.

However, the eye-catching trompe-l’œil has stayed there ever since. 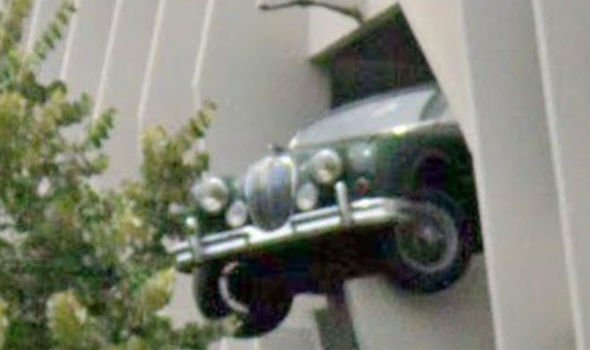 Visitors can still go and see it in its full glory in central Bordeaux.

The car serves as an intriguing advertisement for what the building offers – and also arguably a warning to any drivers with tendencies towards irresponsible parking.

The shot was posted on Reddit with the caption: “When the parking garage isn’t big enough…”

The Google Maps location can be found here. 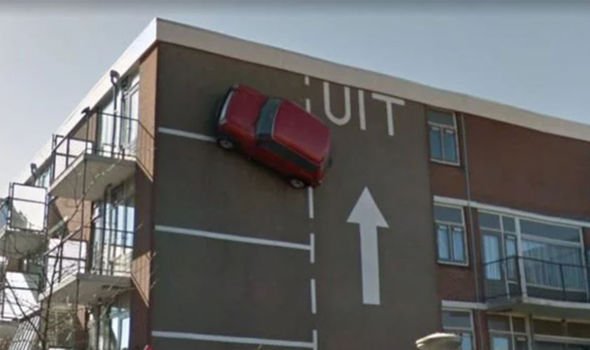 It’s not the only photo of a car doing something strange that has gone viral this week on Reddit.

A red car was spotted scaling the side of the building in The Hague in The Netherlands.

There are also road signs printed on the building like the ones you’d find on a street.

However, rather than the car having adopted Spiderman capabilities, this too seems to be a sort of art installation.

The World’s First Floating Museum Is Opening in Paris