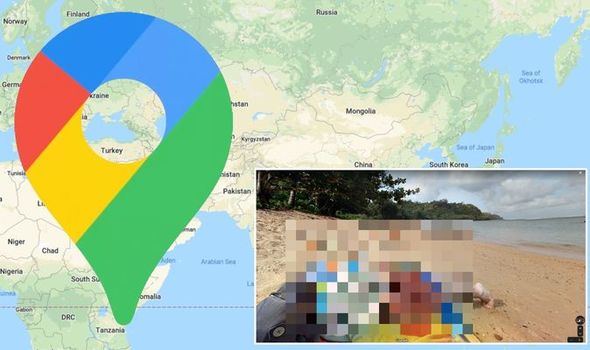 Google Maps Street View is used by most people to get around. However, often when using the tool, some strange spectacles can be spotted in destinations all over the world. One such image has gone viral after being posted to content-sharing site Reddit.

It depicts a beach scene – but there’s something very wrong going on in the snap.

The Google Maps photo shows what appears to be a man sunbathing.

He lies on golden sands fringed with thick verdant foliage while the sea is behind him.

The beachgoer has spread out a colourful towel on the ground. 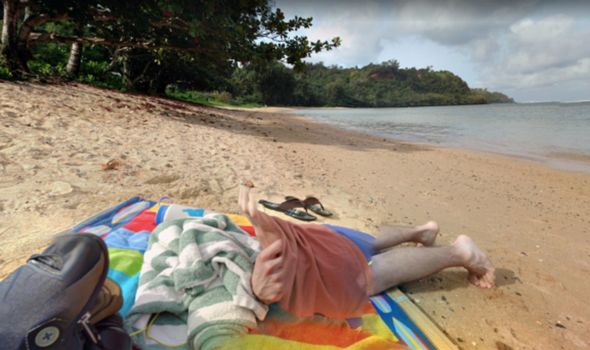 Despite the idyllic scene, the sunbather looks incredibly strange indeed.

His legs can be seen sticking out over the edge of the towel, his feet facing the lapping waves.

However, his torso is simply nowhere to be seen.

In fact, where his knees should be, there appears to be his swimwear.

The man seems to have laid a towel over his body – but there’s no masking the strangeness of the situation.

Where the waist should be, can be seen two rather disfigured hands.

Above that – nothing. There is no chest, no arms and no head whatsoever.

What could possibly have happened to the beachgoer? 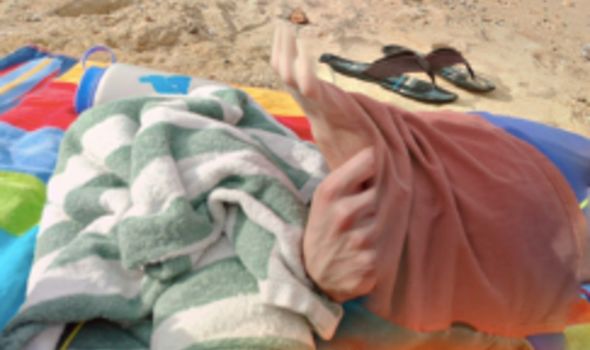 Could something strange and sinister have happened?

Is the man even human at all, one wonders?

Although the scene is undeniably disturbing, there is likely a rational explanation for what can be seen.

It is very probable the distorted image is the result of a technological glitch with Google Maps. 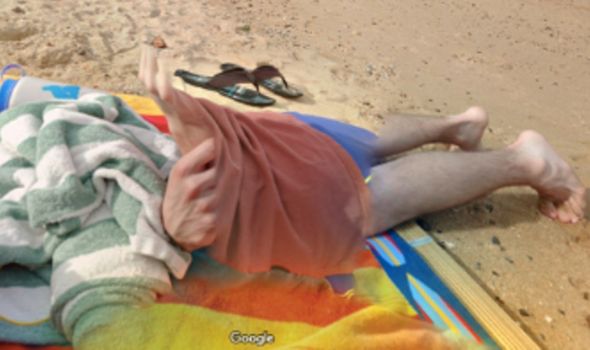 The photography splicing has caused the problem due to the way the images form.

It is most likely the man moved when the images were taken, resulting in the strange photo.

Amtrak Trips Through New York, Boston, and D.C. Are on Sale