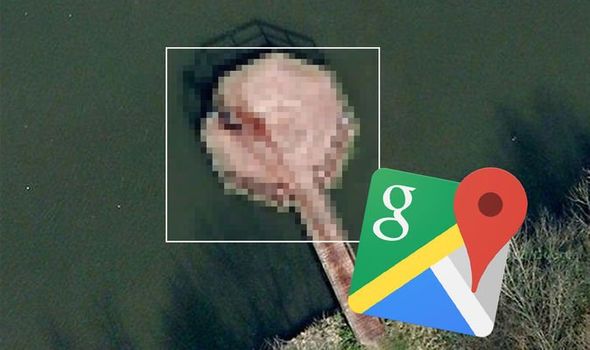 Google Maps Street View can provide a fascinating insight into the lives of the people it captures as they go about their life. Sometimes they are spotted in the middle of an embarrassing fall or doing something highly amusing. However, on occasion, sights are spotted that appear very sinister indeed – such as this grisly-seeming spectacle in the city of Amsterdam. The photo in question – which has gone viral after sweeping the internet – has been claimed by some to show a terrible murder.

The image was captured in the city of Almere, east of the city in the Netherlands.

The Google Maps shot, taken from the air, shows a waterside jetty jutting into a lake in Beatrixpark.

But it is what is going on at the end of the wooden structure that arouses suspicion.

The photo makes it look as though there is a large patch of red blood on the jetty.

One, or possibly two, people appear to be standing next to the gruesome stain.

Could it be that Google Maps has captured a shocking murder in action? 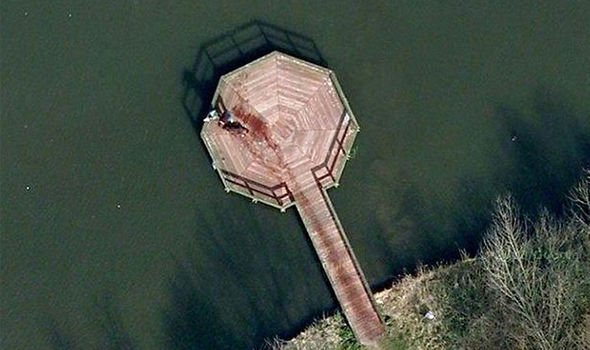 While it may well look like a sinister scene from the angle shown, there is, in fact, a much more mundane explanation for the shot.

In reality, far from being a murder, the Google Maps image shows an owner with their friend and a dog – and the stain is nothing more than a pool of water.

When the image began to go viral, the dog’s owner came forward to describe what was really being witnessed in the snap.

Known as Rama, she told The Sun: “When I saw the picture I realised, ’It’s my dog’.

“He loves the water. He jumps off the end of the jetty, swims around to the bridge and runs down to the edge again. 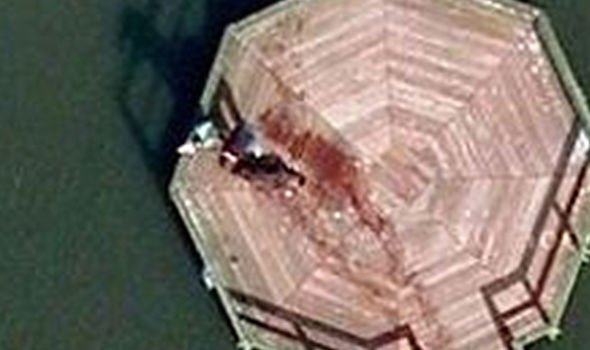 “It’s hilarious that everyone thought it was murder. But it’s great he’s now world famous.”

The shot is just one of the many creepy images spotted by eagle-eyed viewers on Google Maps.

Some photos, however, don’t come with such rational and comforting explanations.

For instance, a Google Maps photo of The Stuart Hotel in Liverpool appears to show two very creepy-looking figures peering out through the glass.

Twitter user “Lallana Experiment” who snapped the picture thinks the pub could be haunted.

Two Years After Hurricane Maria, Puerto Rican Chefs Gather to Show Where the Island’s Cuisine Is Going Next

Music starts for Earthlings around Area 51 events in Nevada