Google Maps is a handy tool, perfect for finding your way around new locations or mapping the quickest route to work. It also offers a Street View function that lets viewers get down on the ground in new towns and cities around the globe. Every now and then, eagle-eyed users discover something strange and mysterious. Most recently it was a sleepy town in Poland that entered into the limelight when something out of the ordinary was spotted. 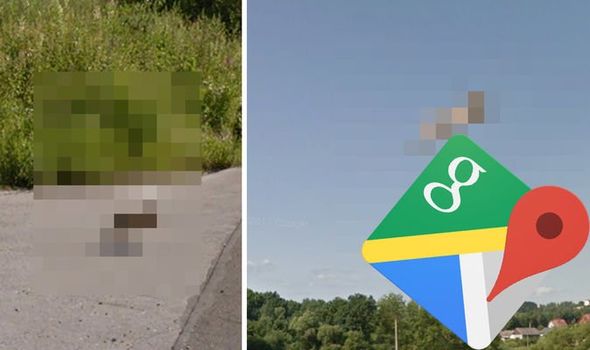 Google Maps: A weird animal was spotted, however the outcome is devastating

The images appear to reveal a bizarre flying wild hare – not something most people are used to seeing.

The animal can be seen as the user clicks along the interactive map, which winds its way down Biala Droga road.

The rabbit can first spotted at the side of the road, looking like it is about to make a move.

Watchful users scouring the area revealed to a Reddit forum that this isn’t the only time you catch a glimpse of the critter.

In fact, as you continue down the road, the rabbit can be seen again, only not where you might expect it.

If the camera turns round to look directly behind where you came, and then is angled up towards the sky, an unexpected object appears to be flying through the air.

The object in question? The hare.

The animal is caught sailing mid-flight through the blue skies overhead, it’s back legs extended, its ears blowing back in the wind. 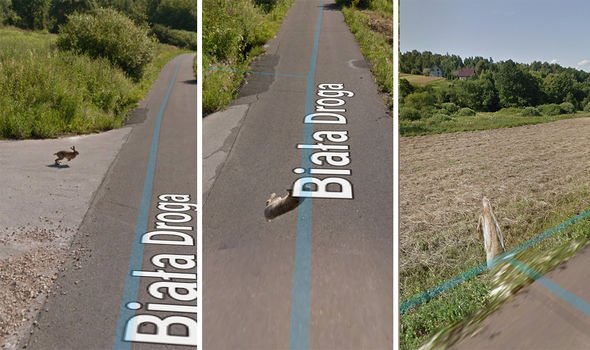 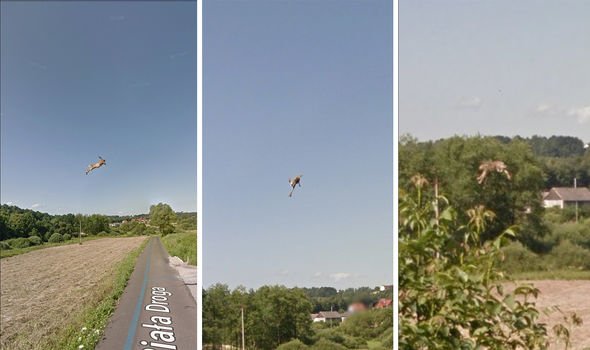 The lush, green landscape is a haven for hares, who are probably quite used to hopping back and forth across the quiet country road with little interruption from humans.

Perhaps this is why the animal unveiled its apparent superpower.

However, users on the forum have discovered a more unfortunate reality.

The flight of the rabbit can be tracked, and it has been suggested that the wild hare was actually hit at speed by the Google camera car.

The rabbit, mid hop across the familiar roads, was sent spiralling upwards with the velocity of the collision.

It can then be seen hurtling through the air in the distance, before finally meeting its fate in the field on the opposite side of the road.

One user offers a summary of the situation, writing: “If you go forward a few frames you can see where all hell broke loose for that rabbit in midair.

Also if you go forward one time you can see it still in the air in the distance. The driver must have been going pretty fast.

Another added: “Rabbits also often jump when they’re getting hit so that would add to the height.” 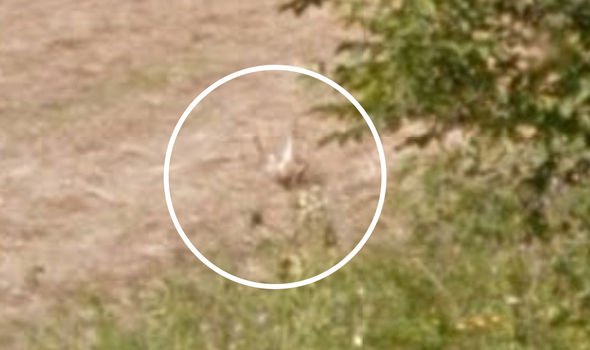 The poor bunny isn’t the only unfortunate moment Google’s cameras have caught.

In Ireland one pedestrian was spotted exposing himself as the Google car drove on by.

The rude moment shocked users who were virtually visiting the area, greeted by his cheeky move.

The Google Maps shot shows the man outside a house and a row of numbered parking bays.

Spotting the car in the distance, the man was snapped just as he turned around and revealed his bare bottom to the passing car.