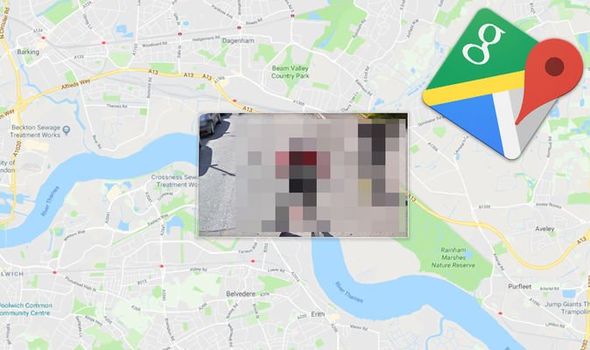 Google Maps appeared to catch two very strange fish out of water during its latest Street View tracking mission. Cameras for the website, which detail the road layouts and coordinates of the globe, headed to a busy residential area for a recent job. They appeared to drive down a relatively ordinary lane, lined with trees and plenty of cars parked on the verges. While there was a break in traffic, the Google Maps car stopped to do its work – yet was met with a strange sight.

Two individuals dressed in wetsuits, with snorkels strapped to their faces, were seen charging down the road.

One sported a red and black outfit while the other was all on black.

The skintight outfit covered their faces and masked their identities as they charged to a certain spot in the road.

Yet, what was perhaps more bizarre, they were running in their flippers, having not stopped to take them off.

They also wielded gardening equipment, with one carrying a long hoe. 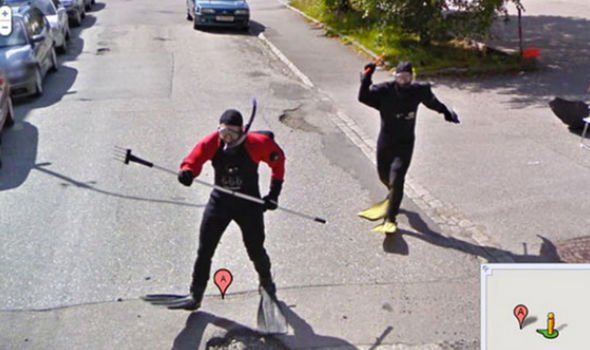 The other also carried some gardening equipment as they charged towards a gravelly spot.

It could well have been they were annoyed about a pothole in the road and decided to take direct action.

Yet it remains to be seen why they were in their swim gear.

The outcome of the very strange scenario is also unknown.

In a perhaps more self-explanatory Google Maps scene, one man who could have done with extra preparation was a driver heading to the Scottish hills. 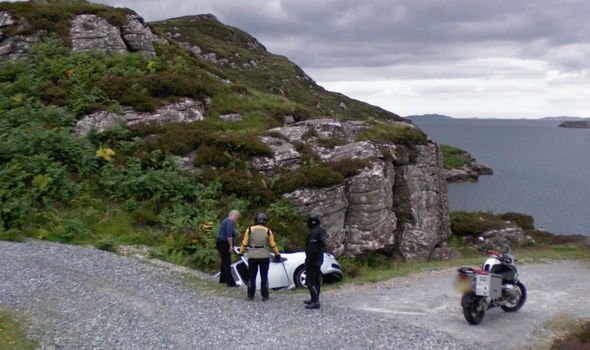 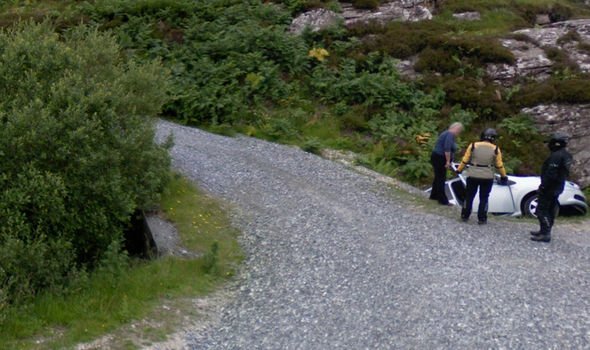 The motorist decided to take some friends for a drive in the rolling countryside.

The group headed to the coastal route leading to Ardmair Beach, in a tarmac stretch surrounded by lush greenery.

Yet, perhaps unfamiliar with the sharp corners of the side roads, his lack of awareness was clear.

When turning left off the main road, to take a side road with a better view of the water, he plunged his car into a ditch on the corner.

The crevice appeared particularly significant, with more than half of the vehicle left submerged.