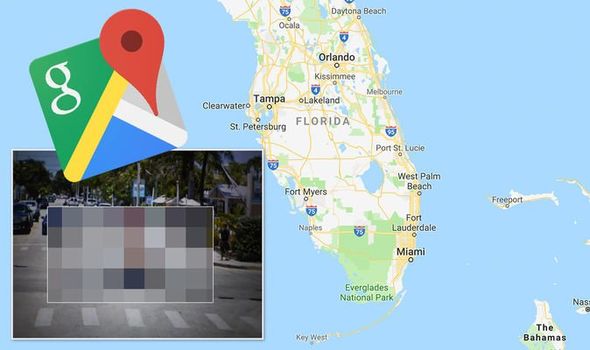 Google Maps Street View has captured a man in a rather unusual state in Floria, USA. The Google photo depicts a busy street scene, with plenty of pedestrians, cars and cyclists moving up and down. It’s the man on the scooter in the middle of the road that attracts the most attention, however. He appears to have made a rather unusual decision when it comes to his clothes.

In short, he looks to have opted out of wearing garments altogether as he motors down the road.

The man seems to be totally naked as he sits astride the blue and white scooter.

The only item of clothing on him appears to be a baseball cap he is wearing on his head.

The photo was shared on Reddit with the caption: “Naked man on scooter in Florida keys.”

It looks as though Google Maps has decided to blur out the area around his naked privates.

However, is all as it seems? On closer inspection, his nudity is somewhat drawn into question. 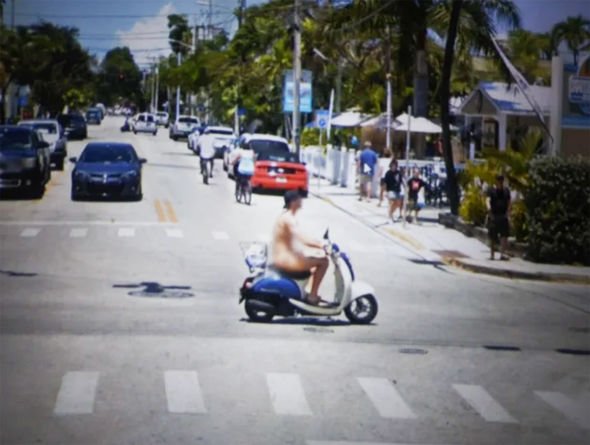 It appears as though the scooter-rider could well be wearing peach or flesh-coloured shorts.

There’s no denying his legs and torso are bare, however.

It’s hard to tell for sure due to the poor quality of the photo so the viewer is simply left to guess what is really going on.

The man is far from the only person to be caught in a state of undress by Street View.

On another occasion, a naked man was spotted in an even more bizarre position. 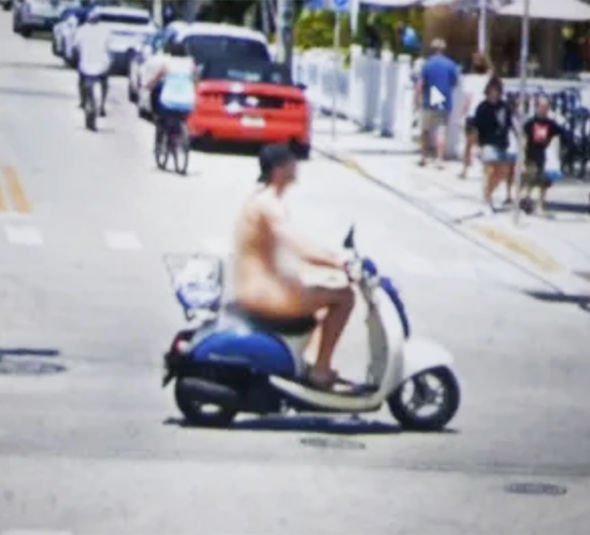 The Street View photo shows him in the boot of an open-topped parked car on a driveway.

In the photo, the undressed man seems to be on the point of climbing out of the car boot.

A selection of bags lies to one side and a black dog is also seen lying on the driveway. The garage door is open.

However, not one of these provides a clue as to what the naked man is actually up to. No hint is given and the viewer is simply left to speculate the truth behind the image.

Another Google Maps Street View photo captured a man caught in the nude as he got changed on a beach.

Emirates airline to suspend most passenger flights from March 25