Google Maps Street View photographs people, buildings, animals and more as the tech giant’s cars track the globe. The service is always careful to protect people’s identity and will blur out faces, number plates, house numbers and so on. In some instances, Google goes even further.

This appeared to be the case in one photo going viral.

The image was posted on US content-sharing site Reddit.

It depicts a sandy street in the coastal town of Pinamar in Buenos Aires, Argentina.

Houses line the street – but it’s one in particular that caught viewers’ eyes. 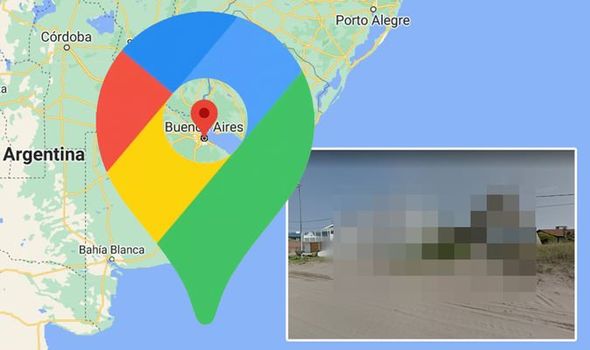 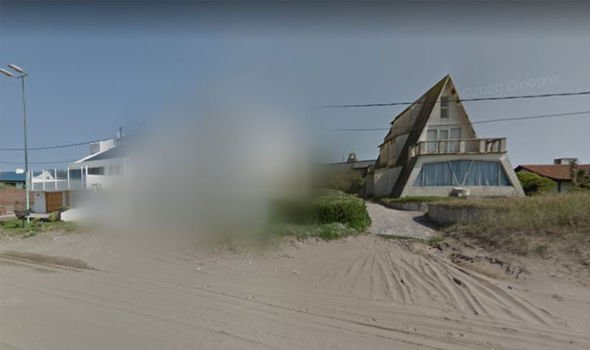 Or rather…it didn’t – where the building is supposed to be is a giant blur.

It would seem Street View has hidden the entire house from view.

The buildings either side can clearly be seen but this house is obscured.

The photo was captioned: “A completely censored house in my city.”

Reddit users were left wondering what had happened to result in the whole property being hidden from Street View.

Some thought it was at the request of the owner.

“You can have your own house censored, they have a service for it,” one posted.

Indeed, one Reddit user thought they might have the answer to this. “A friend told me that supposedly, in that house lives a politician or a judge from here, but it seems strange to me,” they wrote. 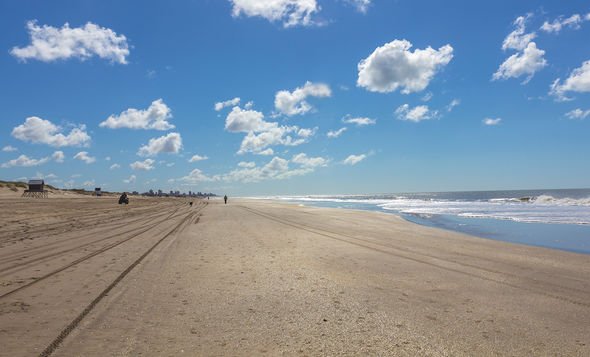 Pinamar is an upscale resort and is known to attract the affluent inhabitants of Buenos Aires as well as celebrities.

However, others wondered whether there might be a more sinister explanation.

“Sometimes, Google works with the government or law enforcement to censor Google maps,” a user wrote. “I wonder if some terrible crime took place here.”

This was the case for the house where notorious kidnapper and sexual offender Ariel Castro lived in Ohio, USA. He kept three innocent women locked up in his house for a decade.

They were beaten, starved and sexually abused, with one even going on to have a child by Castro.

Google proceeded to blur out the house where the horrors had taken place.

Google explains its blurring process on its website: “In addition to the automatic blurring of faces and license plates, we will blur the entire car, house, or person when a user makes this request for additional blurring.”

“Users can also request the removal of images that feature inappropriate content (for example nudity or violence).”

What You Should — and Should Not — Write On Your Luggage Tag

Spring to the Kimberley with El Questro’s Bonus Night Offers ·