Google Maps Street View users are increasingly logging on to the website to discover unlikely moments around the world. Though the three-dimensional software was originally designed to help people map their way through global cities, it has now become something of a hotspot for bizarre happenings.

One such moment was spotted in Hong Kong.

A decision made by one man has been dubbed as “creepy” by viewers.

The moment unfolds in broad daylight near a body of water in the New Territories.

A man is pictured from behind as he crouched down on the rocky terrain. 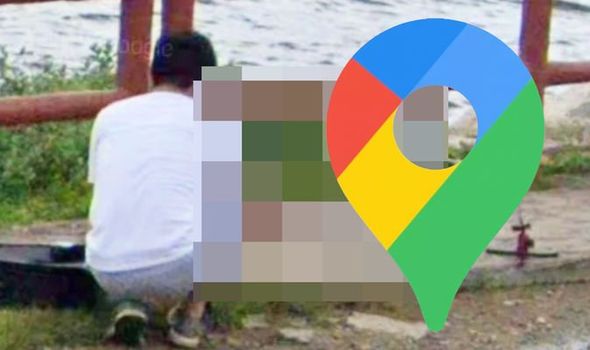 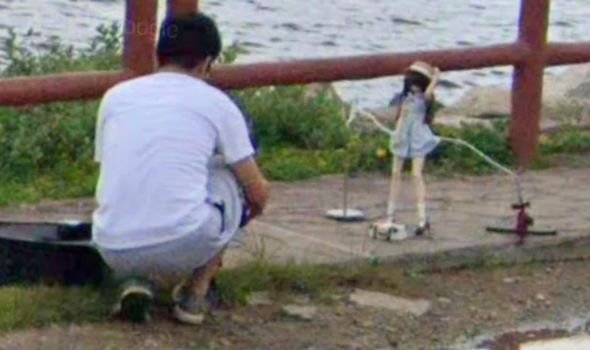 Dressed in a white t-shirt and grey shorts, he appears to be holding something in his hand.

Though the item is obscured from view, Reddit users who spotted the moment suggest it is a camera.

This may explain the rather odd set up in front of him.

Indeed, it is what he is apparently taking photographs of that has sent a chill down the spine of some viewers.

In front of the man is what appears to be a doll.

The doll is in a standing position, it’s long, white limbs held up by a wire contraption.

It is clothed in a pale blue dress, straw hat, white socks and a pair of high heels.

In front of the doll is what appears to be a miniature CD player or boom box.

The user who happened upon the moment explained that Google’s camera had uncovered a “guy taking photos of a doll close to where I live.” 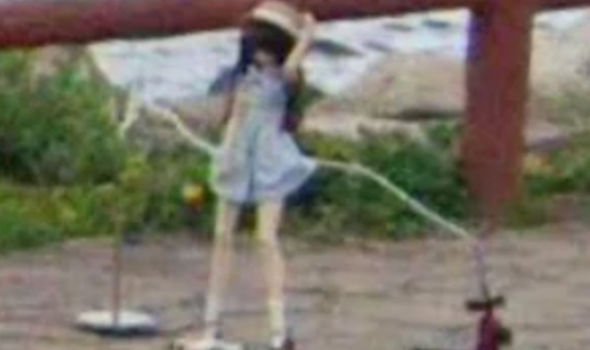 Little is known as to why the man is snapping pictures of the doll, but Reddit users are divided on whether is actions are acceptable or not.

However, a second user chimed in and defended the budding photographer.

They argued: “I do a bit of photography, I’ve seen lots done with all different things and as weird as it looks to the onlooker, it can be absolutely amazing as a finished product.”

As the male has his back turned to the Google camera, his identity is hidden forever, so it is unlikely we will ever know the full story.

This is often the case with many odd scenes which are captured on Google Maps Street View.

Sometimes this is because the person has hidden their face, though other times their anonymity is thanks to Google’s privacy policy which automatically blurs any faces it detects.

As per the website’s policy: “Google takes a number of steps to protect the privacy of individuals when Street View imagery is published to Google Maps.