Google Maps Street View is a place where many oddities reside. One such peculiarity was spotted in Massachusetts, USA. It went viral after being posted to content-sharing site Reddit.

The scene depicts a gloomy forest with a leaf-strewn path running through it.

In the middle of the photo is an alarming spectacle.

A woman can be seen.

She has dark brown hair swept up and is sporting a top and grey cardigan. 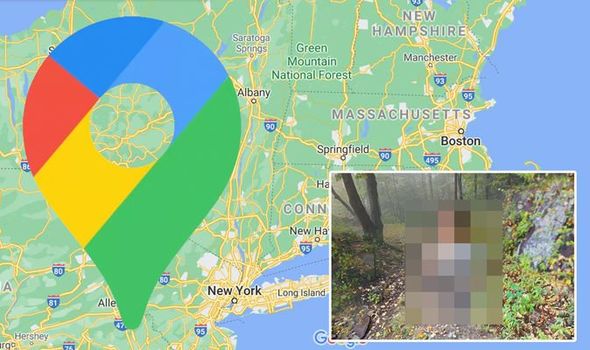 The woman is peering at her phone.

However, there is something highly sinister about her appearance.

From the chest down she simply doesn’t exist.

She has only half a torso and no legs or feet.

In fact, she only has one visible arm, too.

What’s more, if one looks closely, the hand that can be seen boasts very unusual-looking fingers.

What could have happened here?

The person who shared the photo online speculated it was a visitation from the afterlife, captioning the shot: “Ghost lady.” 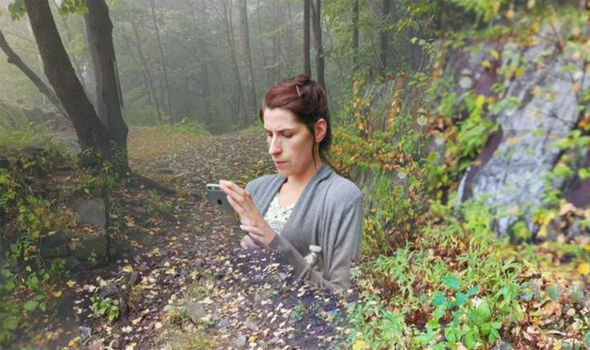 “Ah, a ghost! You must be guarding this valley!” another joined in.

“Extra fingers as a bonus creep,” a third said.

Others took the theory further, joking: “This a surprisingly good picture of this person, lighting and all. A great demonstration of how ghost tech works. Pretty cool how Google is using this!”

Some liked the photo. “This is oddly beautiful,” one wrote.

Another commented: “Looks like an indie album cover art.”

Of course, in reality, there is no ghost at large; the shot is likely the result of a technical glitch.

The photography splicing has caused the problem due to the way the images are assembled.

When taking the photo, the 360-degree cameras shoot multiple pictures to create the seamless image.

This is done by knitting the images together to make it seem realistic.

The Barracks Hotel Sentosa set to open its doors ·

US Raises Travel Alert to Japan