Google Maps is a popular tool and app used by millions of people around the world on a daily basis. The tool is perfect for finding your way from your home to the shops or even further afar to a different country. Often, the tool is used not only for navigation but for satellite images, panoramic views and route planning.

However, more recently the tool has been used to find some of the most bizarre, strange and embarrassing images people can find.

From dogs driving cars to people swearing on camera, the Street View lens has seen it all.

Often, the most obscene images go viral on social media.

While others garner comments from people across the world. 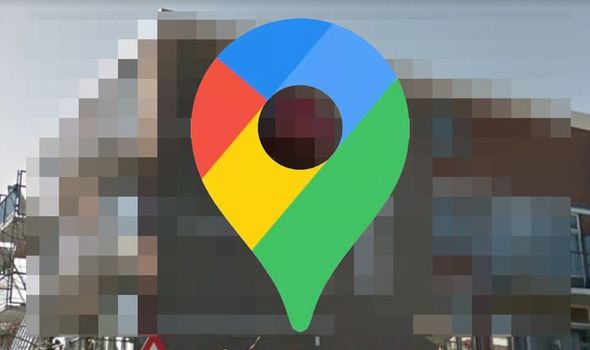 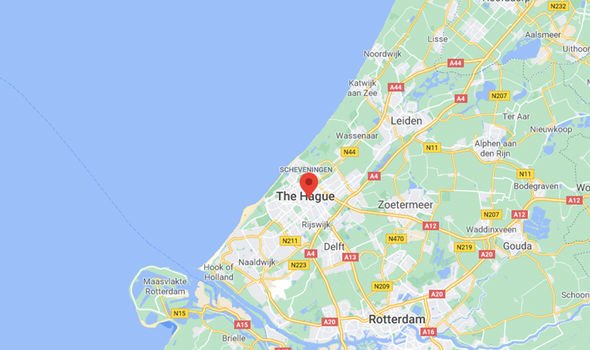 This bizarre sight was spotted in The Hague in The Netherlands.

From far away, this looks like a relatively everyday occurrence.

There is a block of flats with windows, balconies and red bricks.

The flats appear to be on Hoefkade a supermarket and a garage, according to Google Maps.

But on closer inspection, it becomes clear that this is not a normal sighting at all.

There are also road signs printed on the building like the ones you’d find on a street.

Arrows and car parking spaces can all be seen painted on the building. 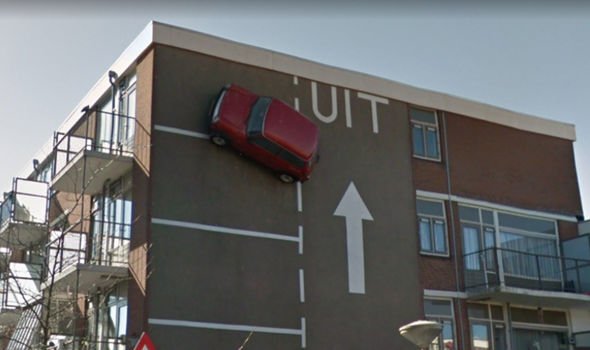 The car looks like it has been stuck to the building and is likely to be an art installation or sculpture of some kind.

The bizarre scene was spotted on Street View by an eagle-eyed Reddit user.

The user captioned the image: “Interesting car on the wall found in the Netherlands!”

The image immediately garnered comments from users who thought the sight looked humorous.

One user said: “So apparently Spider-Man is bad at parking.”

Another replied: “Or the tread on his tires are really bad/low.”

While other pointed out: “You know, it’s good to know Mr. Bean’s still out there getting into trouble.”

Others came up with nicknames for the car, with one calling it “the spider-mobile” and another calling it “gecko car”.