Home » Travel » Google Maps Street View: Can you guess what this naked man is up to in a parked car? 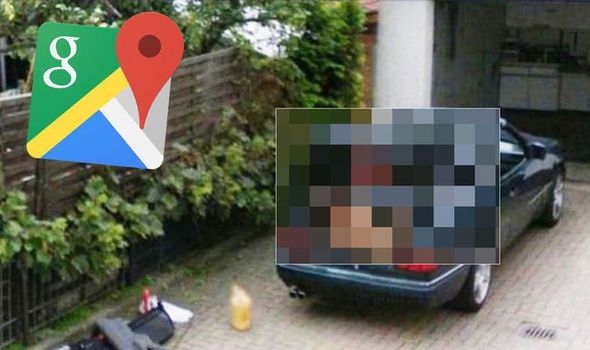 Google Maps Street View photos often circulate on the internet when they contain funny, strange or terrifying images. Often the fascination with these pictures is that they are very much a snapshot in time. Viewers are often left guessing what could be really going on in the photo. It’s very hard to tell what could have passed beforehand – or what is about to happen.

Google Maps Street View: Can you guess what this naked man is up to in a parked car?

This is certainly the case in one Google Maps photo depicting a man outside a house.

He is up to something highly bizarre – and it’s very tricky to know what his motive could possibly be.

The Street View photo shows him in the boot of an open-topped parked car on a driveway.

A man in a car boot is odd enough, but the strangeness of the scene does not stop there.

The man is also, it would seem, totally naked. Not a stitch of clothing can be seen.

In the photo, the undressed man seems to be on the point of climbing out of the car boot. 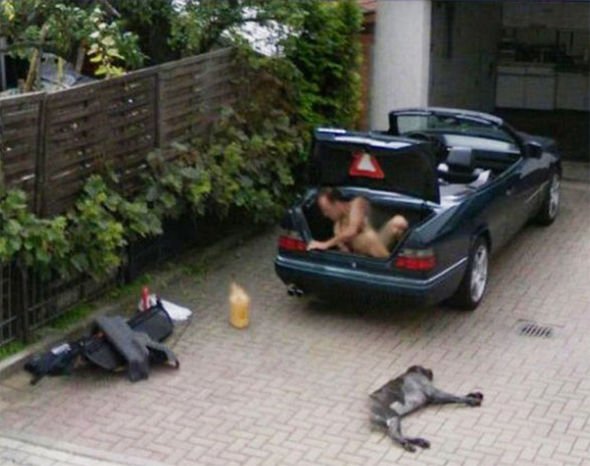 A selection of bags lies to one side and a black dog is also seen lying on the driveway. The garage door is open.

However, not one of these provides a clue as to what the naked man is actually up to.

No hint is given and the viewer is simply left to speculate the truth behind the image.

The man is far from the only person to be caught in a rather embarrassing situation by Google Maps.

Another Street View photo shows a man in Italy caught in a rather comical pose. 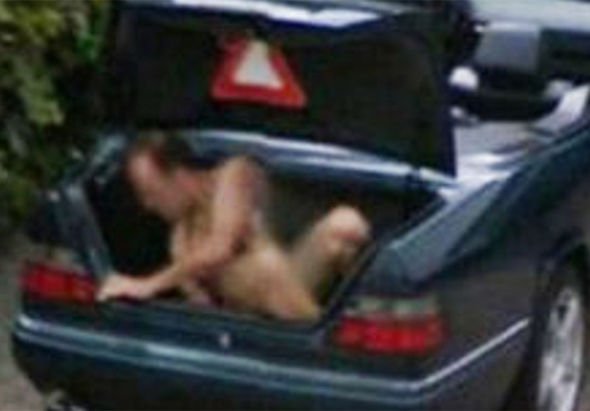 He is riding a scooter along a road in Sicily but he isn’t watching the road in front him but rather something on the pavement.

The man’s head has been turned right round as he cranes to look at a blonde woman at the side of the road.

She undeniably has the man’s full attention as he motors along, seemingly unaware of the dangerous implications of not looking at the road.

It’s unclear whether the blonde pedestrian is aware of the motorist’s stare as she appears to be looking straight ahead.

It is hoped the man turned his head shortly afterwards as he can be seen approaching a junction.