Google Maps Street View was born in 2007 and allows users to explore all corners of the globe at street-level. The virtual world is great for finding directions or gaining an insight into lusted after destinations, however, it also helps uncover the more expected moments that happen on Earth.

One such moment was discovered on a sandy beach in Mexico.

A Google Maps user was surveying the local landscape in the holiday resort of Xpu Há in Mexico when they happened upon a romantic scene on the private beach belonging to the La Playa Xpu Há Beach Club.

The scenery is the perfect place for a moment between two lovers, with crystal blue waters, golden sand and a mass of palm trees.

That is perhaps why the duo picked this spot for this seemingly special moment. 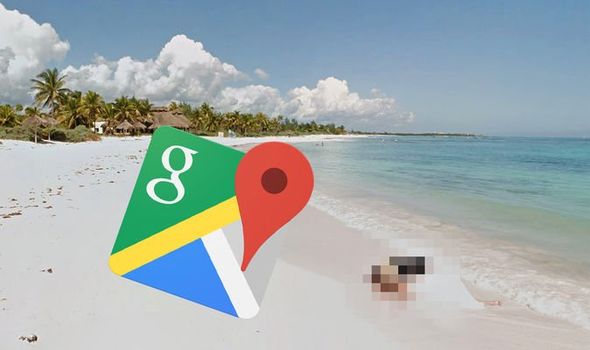 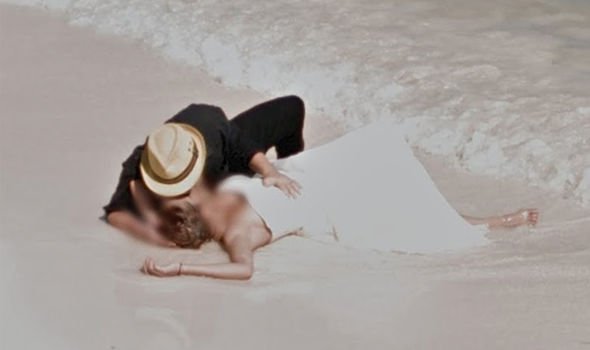 A man and woman can be seen laying on the shoreline, just inches away from the tide which is moving in towards them.

Sprawled on the sand, the woman is on her back, while the man lays over her – it appears they are sharing a kiss.

However, they are not completely alone.

Instead, a man with a camera is also laying on his stomach in the sand, capturing the moment through the lens.

While this might seem an odd situation, it could well be that they are in the middle of an arranged photoshoot.

That is certainly the impression of the Google Maps user who found the scene and subsequently posted it to Reddit.

They described the moment as a “photo shoot”, and when you look closely at the clothes the pair are wearing, it could have been a very special photoshoot indeed.

While the man is dressed in a black suit, with a fedora shielding his head from the sun, the female is in a long, white dress. 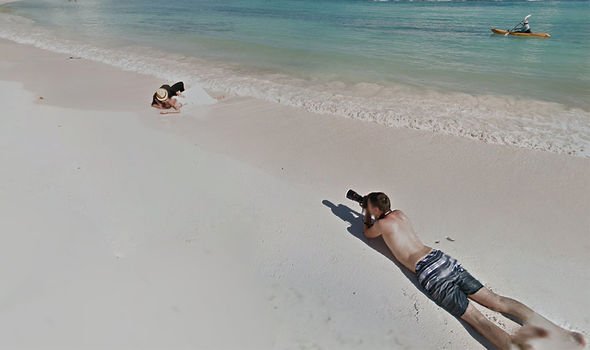 Their outfits suggest this could be an engagement or wedding shoot.

Xpu Há, not far from Cancun, is a popular destination for weddings thanks to its stunning surroundings, which makes this scenario highly likely.

While the couple were anticipating having their photo snapped, the Google Maps camera was one camera they probably weren’t expecting.

A Reddit user joked: “I guess he got an extra angle and didn’t even realise it.” 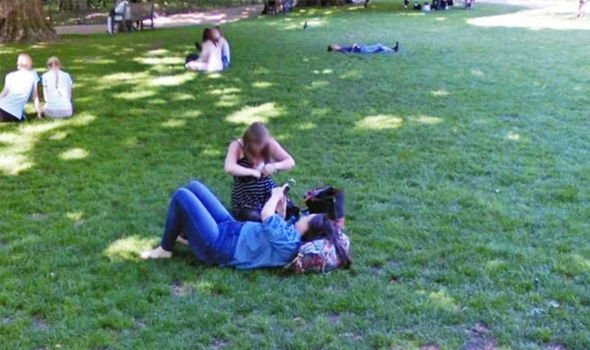 Elsewhere in the world, another intimate photoshoot was spotted, although this time things appear less professional.

In St James’ Park, in London, a woman was spotted in an unexpected position as she had her photo snapped by a friend.

One woman is seen laying down in a blue top and jeans with a phone in hand, while the other is seen in a striped top and revealing one particular clothing item.

The woman can be seen fiddling with her top and revealing her white bra as the woman laying next to her appears to be taking a photo of her.

However, one user suggested this could have been far more innocent than they seemed.

The user wrote: “I’m not sure if she was adjusting her top while her friend is casually scrolling through her phone or if she’s intentionally taking a photo of her friend and her exposed bra. Either way, very weird and super awkward!”

Campus life in the Algarve: Can fitness meet fun on a sun holiday?

Top 3 must-drive supercars before you die

Win an item of your choosing from Simply Beach!