Home » Travel » Google Maps: Could this be a MH370 sighting in the Cambodian jungle? What happened to jet? 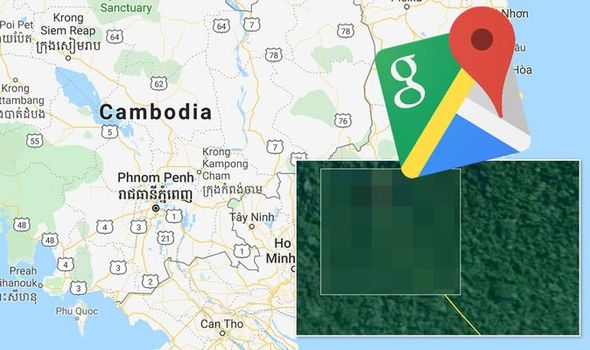 Google Maps is a tool many people utilise to identify places all over the world. The mapping service by Google has proved popular with those keen to identify what happened to the fated MH370 flight. Malaysia Airlines’ MH370 came down in 2014 after travelling from Kuala Lumpur, with an intended destination of Beijing. The tragedy left all passengers and crew presumed dead and what happened to the aircraft has remained a mystery.

Google Maps: Could this be a MH370 sighting in Cambodia jungle? What happened to jet?

They have honed in on central Cambodia as a key area – and one geologist thinks he may have found the crash site.

Last year, geologist John Guo claimed he’d found the missing plane after a “crush path” in a stretch of trees in the Cambodian jungle was spotted on Google Maps.

The 600 metre stretch of ruined trees leading up to a jet appears on the map’s satellite view.

Guo – who says he is experienced in “remote image interpretations – said he believed this ‘crush zone’ is also around 45m wide.

In a video on YouTube, Guo said: “This video shows an obvious crushed aeroplane image identified on Google Maps in Cambodia, first identified by a British video producer. 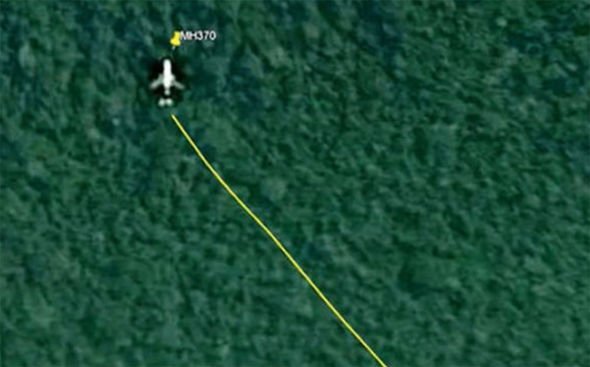 “The aeroplane object is clear, and the texture information of the forest behind the aeroplane helps me to interpret what could have happened when the aeroplane crushed on ground.”

How much truth is there to Guo’s theory that the sighting in the Cambodian jungle holds the secret to MH370’s fate?

The Aviation Safety Network has denied that the Google Maps image has captured the doomed plane’s “crush path.”

The database website said the zone does not fit the profile of any crashes in the area and believes the sighting is a plane caught in flight.

The MH370 investigation looked into those who could be responsible for the disappearance in the crew and passengers, in particular, Captain Zaharie Ahmad Shah and his co-pilot, Fariq Abdul Hamid. 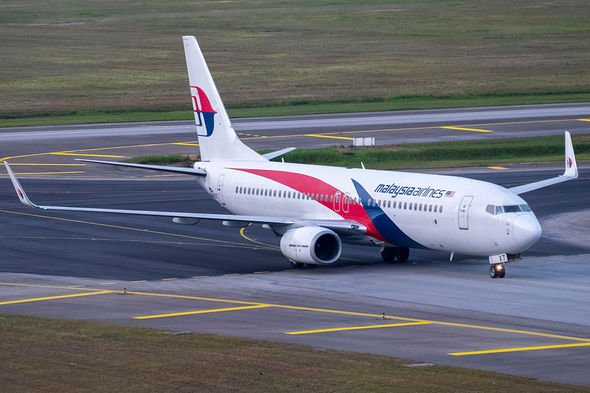 Hamid has come under the spotlight in two documentaries which revealed he allegedly broke flight rules by having guests in the cockpit and smoking mid-flight.

In 2011, he invited two women – Jonti Roos and Juan Maree from South Africa – into the cockpit during a one-hour flight from Phuket, Thailand, to Kuala Lumpur.

In ITN’s 2016 documentary ‘Malaysia 370: The Plane That Vanished – Air Crash investigation’, it was revealed this meant “there are questions about the character and professionalism of the 27-year-old”.

Shah has also come under intense scrutiny, with some suggesting he went on a suicide mission, after allegedly “practising” the route on a home flight simulator.

Journalist Ean Higgins has accused Captain Zaharie Ahmad Shah of planning the mass murder so that he could escape and start a new life with his mistress in the 2019 book ‘The Hunt for MH370.’ However, this was dubbed a “dubious and far-fetched story” by Channel 5’s ‘Flight MH370’.

You Could Get Paid $5,000 to Take Your Vacation Days

LATAM announces the first direct flight between Santiago and Brasilia ·