Eurostar has been forced to cancel almost 100 of its services to France as the result of ongoing strike action across the country. Holidaymakers with plans to travel to the country on holiday, or even elsewhere in Europe, are now faced with ruined holiday plans. Although the train line is still offering some services to the region, they are recommending travellers rebook their journeys for a time when the chaos has come to an end. However, this might not be an option for travellers with other holiday plans in place.

The reduced time table is due to be in place until December 12, leaving Britons with French travel plans scrambling to find an alternative.

Unfortunately, many airlines have also been affected by the strike, resulting in a limited travel offering.

The action, put in place by French trade unions, has meant that over 50,000 passengers have had to change their scheduled travel plans.

As part of the strike, it is estimated that 87 percent of rail drivers were downing tools. 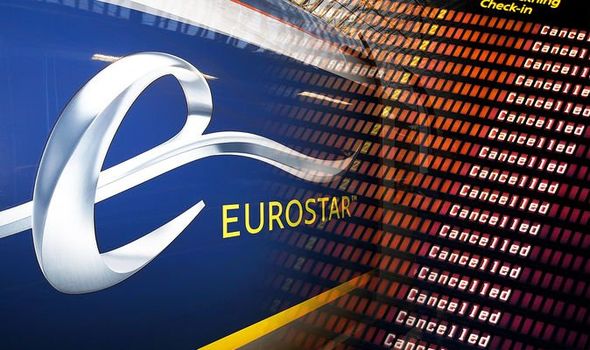 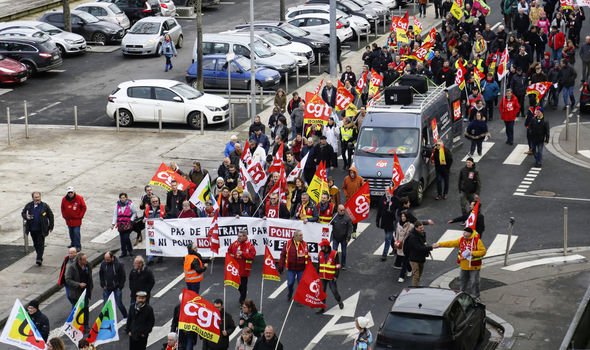 Which trains were cancelled today?

This morning Eurostar announced more cancellations, stating that the 5.40am, 9.22am and 10.24am trains would no longer but running.

Passengers due to travel should keep an eye on the Eurostar website for further updates to trains.

DON’T MISS
France strikes: How long are France strikes going on for? Could YOUR French trip be ruined [ADVICE]
France strikes: Eurostar cancels 90 trains as Ryanair & BA and EasyJet flights cancelled [INSIGHT]
Flights: Families could be losing hundreds on holiday bookings for this simple reason [ANALYSIS]

Can passengers claim compensation due to the cancellations?

Many holidaymakers may now be faced with further losses as part of wider disruption to the holiday, such as spoiled hotel and entertainment bookings.

Unfortunately, Eurostar is not responsible for the event.

As the cancelled trains are the result of strike action outside of the company’s hands, they do not have to pay additional compensation to passengers.

They are, however, offering full refunds and the option to rebook on alternative journeys.

A spokesperson from Eurostar told Express.co.uk: “The Trade Unions in France have called for a nationwide strike which impacts our ability to deliver our usual service.

“As a result, we are running a reduced timetable until 12 December. Customers booked on cancelled trains have been contacted individually and offered either a full refund or the option to travel on another date. Passengers are advised to check our website here for the latest service updates.”

Meanwhile, according to the Rail Ombudsman, “you’re entitled to a full refund if your train was cancelled – it doesn’t matter what type of ticket you bought.” 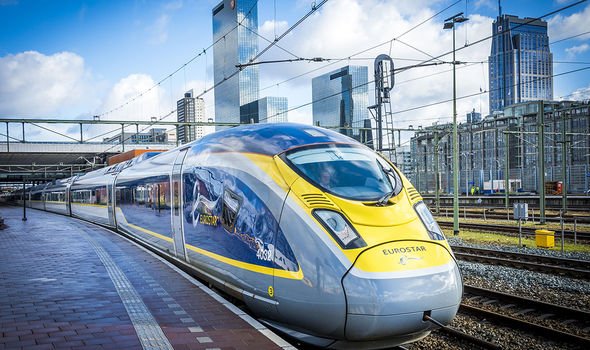 Why are the strikes happening?

Strike action has been ongoing across France since last week, called for by trade unions across the country.

Major demonstrations have taken place on the streets of Paris in response to a suggested amendment to pension policy.

Currently, the nation is offered over 40 plan types, all with varying ages and benefits packages.

However, President Macron has suggested overhauling the practice into a single, points-based system.

Under the new plan, those who choose to retire before 64 would receive a lower pension, despite France’s official retirement age being 62. 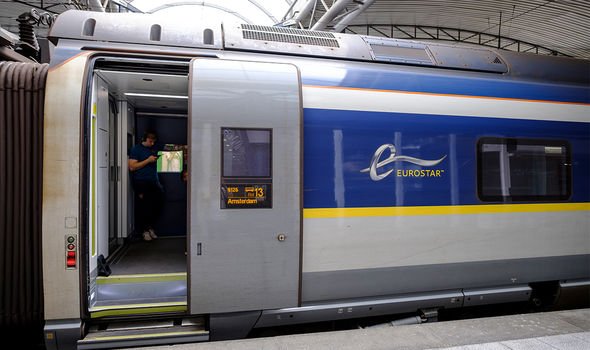 How long will passengers be affected for?

While the transport sector are reported to have opted for “unlimited” strike action, workers in other sectors have opted for two main walks outs – 5 December and 10 December.

Ahead of tomorrows scheduled walkout, the French civil aviation authority DGAC has asked airlines to cancel 20 percent of their flights.

Meanwhile, Eurostar will push forward with its reduced itinerary.