Flybe crisis talks are continuing with reports of the UK government urged to do “whatever it takes” to ensure the survival of Europe’s largest regional carrier.

The Exeter-based airline, which handles more than half of the UK’s domestic flights outside of London, is seeking financial support from ministers to avoid collapse that would put more than 2,000 jobs at risk and potentially thousands of British holidaymakers in a state of uncertainty.

As a result, many Flybe ticket-holders have taken to social media to share their concerns amid the airline’s potential collapse.

Katie Reid, is one of thousands of Britons who has recently purchased Flybe tickets and is concerned about the uncertainty surrounding the airline.

Ms Reid, who purchased her flight tickets merely hours after the news broke, told Express.co.uk: “I purchased my tickets yesterday when one of my friends alerted me to some news articles about the potential collapse.

“Personally, if this is the case, I don’t think I should’ve been able to purchase tickets.” 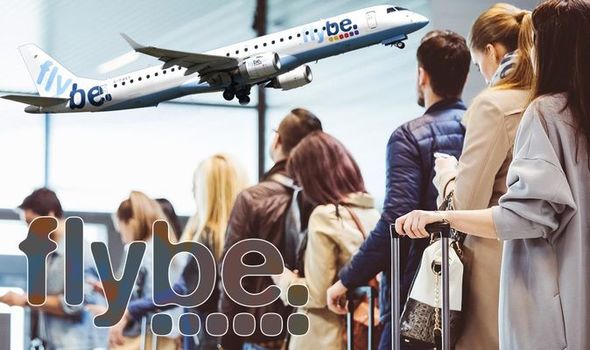 Ms Reid added that she would be speaking to Flybe in the hope to receive some clarity and advice on any potential changes.

Robert Fangler, who purchased return flights to Paris which he booked through Flybe also shared his worry as a potential passenger but also for those working for the airline.

“It’s been unclear to me what will happen regarding my booking in March for return flights to Paris,” he told Express.co.uk

“I just feel as though if there is a level of uncertainty, they should do more to reassure their customers – which I personally don’t feel has been done.

DON’T MISS
Doing these everyday acts at airport security may see you stopped and risk missing flight
Cabin crew secrets: Flight attendant reveals how you can spot a secret emergency on board
WATCH: Woman reveals horror after fellow passenger caught picking this mid-flight

“Also, I know staff who work for the airline. It’s a great British business and the staff are brilliant so for their sake I hope things aren’t what they seem.”

Katherine Clark, who regularly travels to and from Belfast with Flybe, shared her respect for the company amid the news.

“My family and I fly regularly with Flybe to and from Belfast. The airline has been great to my family and I over the years, and with tickets booked for the next couple of weeks I’m definitely concerned about what to expect,” she said.

“I haven’t heard anything directly so it’s all quite up in the air at the moment. As passengers it definitely leaves you feeling unsure but they’ve made it through difficult times before so hopefully they will again.” 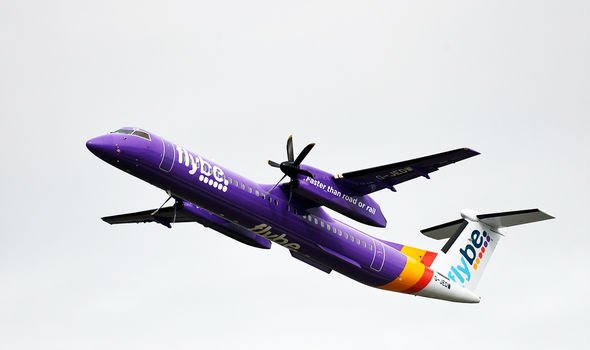 Flybe told Express.co.uk that the airline doesn’t “comment on rumors or speculation”.

“Flybe continues to provide great service and connectivity for our customers while ensuring they can continue to travel as planned,” they added.

Flybe began in 1979 as Jersey European Airways. In 2000, the airline changed its name to British European and then to Flybe two years later.

The airline handles more than half of the UK’s domestic flights outside of London and European cities such as Paris, Amsterdam and Dusseldorf.

In 2018, Flybe put itself up for sale and was purchased in March 2019 by a consortium comprising Virgin Atlantic, Stobart Group and a US hedge fund, Cyrus Capital. The trio bought Flybe for £2.8million.

The uncertain future of Flybe follows the collapse of Thomas Cook in September 2019. There was a loss of 9,000 jobs in the UK, including workers for Thomas Cook Airlines and more than 159,000 British holidaymakers were reportedly stranded abroad.

The loss of Thomas Cook signalled a shift in the travel sector, putting its future into question.

Rick Smith, Founder and Director at Forbes Burton, a company rescue and insolvency specialist, spoke to Express.co.uk about what the collapse of Thomas Cook meant to the industry.

Mr Smith said: “It may seem obvious, but several strands of traditional businesses have come to experience problems that travel giant Thomas Cook is currently facing.

“We’ve seen the same trends occurring in retail for several years and we envisage that this is sadly the first of potentially many companies that might experience trouble.”

What’s on Your Virtuoso Wanderlist?