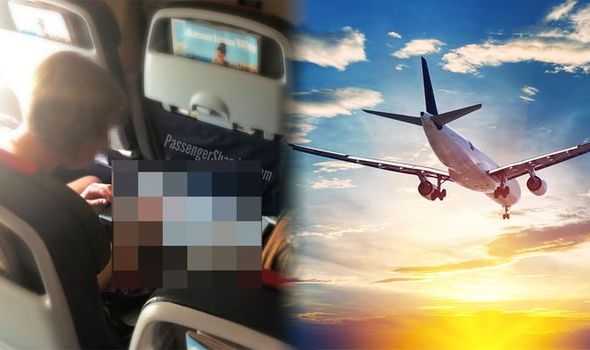 Air travel can be long and often boring, so it makes sense that some passengers choose to pass the time ticking off as much of their “to do” list as possible.

One lady was recently spotted tending to her manicure on board a flight, seemingly unaware of the affect it may be having on those seated around her.

The image of the style conscious traveller, which has now gone viral, shows her appearing to glue on false nails, using her seat’s tray table as a surface.

However, what may seem like a harmless activity to some could have dangerous health implications for others.

The photograph, posted to the Instagram account @pasengershaming, currently has 8,107 likes and points out the “fumes” being released into “recirculated air” from the nail glue.

Countless people have commented on the image sharing their disdain for this particular passengers’ onboard beauty regime. 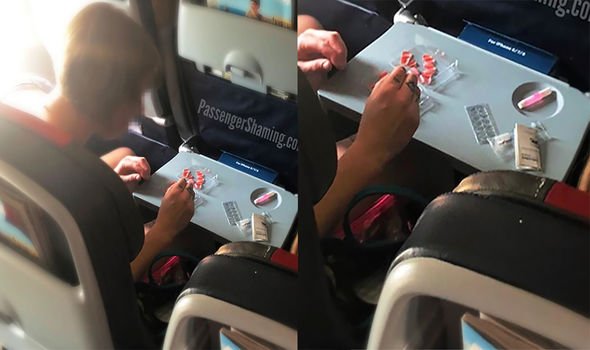 One user commented: “As someone who is highly sensitive to scents- which trigger my asthma- this would not be cool with me.

“I swear some people have zero consideration for others..”

Meanwhile a second user echoed the sentiment, adding: “I hope there was turbulence.”

Despite the largely shocked reaction, one user came to the lady’s defence, pointing out there are “no fumes in the glue”.

She added: “I would do this if I needed to.”

This isn’t the first time passengers have been caught getting glam onboard a flight.

Two female flyers recently caused a stir when they decided to take part in a potentially dangerous beauty regime.

One woman was snapped sat on the ground in front of her friend, who is pictured holding a pair of tweezers dangerously close to her pals eye.

It is thought the pair were in the process of applying false. 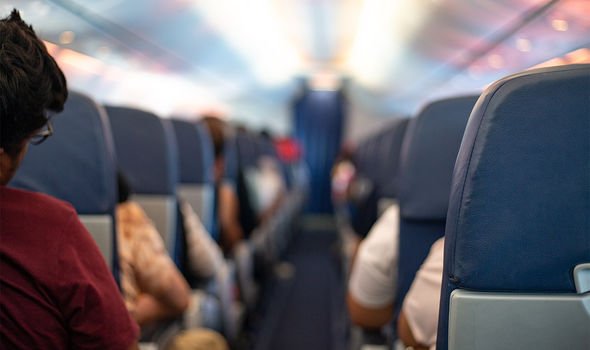 Instagram users pointed out that any unexpected turbulence could result in more these beauty gurus bargained for.

One shocked commenter said: “OMG that’s so dangerous. Idiots! Both of them!”

Meanwhile another joked: “That would be fun if the plane hit turbulence.”

3 of the best wildlife encounters in Manitoba, Canada ·

Some Technology Searches at Airport Are Unlawful, Lawsuit Says