Home » Travel » Flights: Rules could see tourists detained at US border for bringing this snack in

A woman who took some fruit for her flight revealed her harrowing experience as she was detained by the U.S Customs and Border Protection and has since been subjected to additional security checks whenever she flies.

Kathleen Porter Kristiansen, a writer for The Points Guy, opened up about her experience and how this simple mistake resulted in travel difficulties that continue today.

“On a trip alone with my son, then just over one year old, I packed a bag of snacks for him for our flight as usual from Nassau, Bahamas to visit friends in Washington, D.C,” she said.

“We flew through Miami using our U.S. passports, and when we went through immigration I suddenly remembered I had an orange in my son’s bag.”

Ms Kristiansen claimed she was told by an immigration officer that there was no issue if she declared the orange at immigration by filling out a form.

Despite declaring the item per the officer’s orders, Ms Kristiansen and her son were detained by the U.S. Customs and Border Protection for the next hour for bringing citrus into the United States. 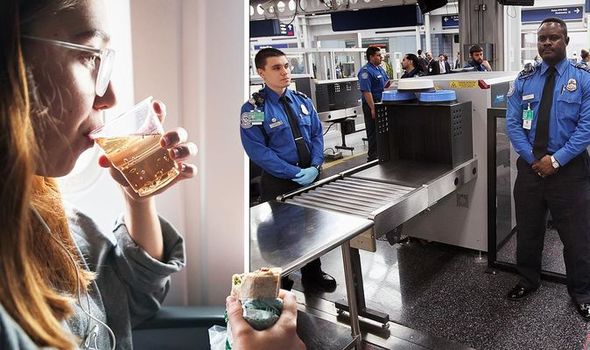 “I tried to repeat that it was an accident and the immigration office told me to declare it. But in the end, I was happy to throw it away.”

Ms Kristiansen said that she and her son were released after “several firm lectures” from different officers about bringing foreign, plants, seeds, fruits and vegetables to the United States. However, her travel woes were not over yet.

“It seemed the scare was over. However, a black mark of sorts had been placed against my name in the United States by the U.S. Food and Agriculture department and I was subjected to additional screenings of all of my luggage after immigration for the next nine months.

“An immigration officer confirmed this once after I asked why I kept getting post-immigration screenings. He asked, ‘Did you ever smuggle fruit into the United States?’”

Ms Kristiansen said that this was a big lesson she learned, as she warned: “If you bring food and veg on board for snacks, it cannot leave the plane. I now leave our entire snack bag on board just in case.”

According to the US Customers and Border Protection website, all citrus fruits are banned due to them potentially carrying diseases which could threaten local agriculture.

They warn: “Many agricultural products are prohibited entry into the United States from certain countries because they may carry plant pests and foreign animal diseases. 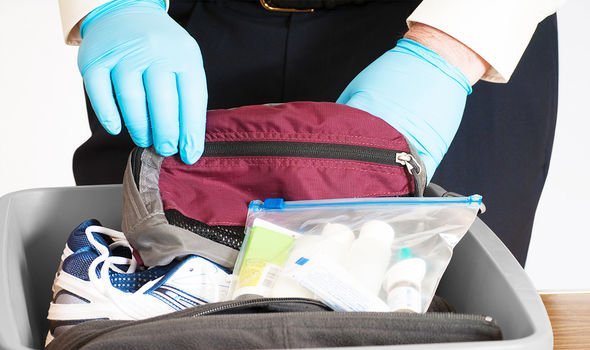 “All agriculture items must be declared and are subject to inspection by a CBP Agriculture Specialist at ports of entry to ensure they are free of plant pests and foreign animal diseases.

“Fresh fruits and vegetables grown outside of the United States, or Canada, are typically prohibited.”

Meat, plants, seeds and soil are also banned and undeclared items will be confiscated and penalties given.

Prepared foods which are unopened and commercially labelled are admissible into the US, excluding meat products.

However, the TSA warns: “Even if an item is generally permitted, it may be subject to additional screening or not allowed through the checkpoint if it triggers an alarm during the screening process, appears to have been tampered with, or poses other security concerns.”

Crystal Tadloick was flying home to the US from Paris, France on a Delta flight. Towards the end of the flight, Flight attendants reportedly passed out fresh apples in plastic bags to passengers. As Tadlock wasn’t hungry, she put the apple in her carry-on bag with the plan to eat it on her connecting flight to Denver.

However, as she landed in the US and went through immigration, a US customs agent discovered the apple in Tadlock’s bag.

“He had asked me if my trip to France was expensive and I said, ‘yeah.’ I didn’t really get why he was asking that question, and then he said ‘It’s about to get a lot more expensive after I charge you $500,’” Tadlock told KDVR-TV.

Despite explaining that the apple had been given to her by a Delta empty, she was issued a fine and faed losing her Global Entry membership.