Home » Travel » Flights: Pilot reveals the real reason plane tray tables must be up for takeoff 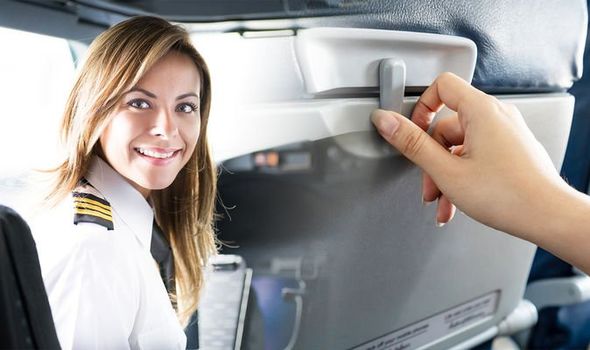 Flights see plane passengers given a run-through of emergency procedures by cabin crew. Sometimes, the information shared by flight attendants can seem annoying and rather baffling. Travellers can get frustrated by having to obey in-flight rules they don’t understand the point of.

However, the rules are very much there for a reason and it’s vital passengers follow them.

Pilot Patrick Smith has explained why certain directions are insisted upon in his book Cockpit Confidential.

“Your tray has to be latched so that, in the event of an impact or sudden deceleration, you don’t impale yourself on it,” he wrote. “Plus it allows a clear path to the aisle during an evacuation.” 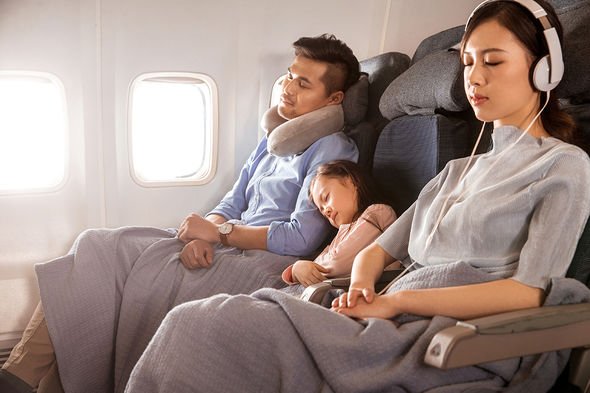 Another gripe passengers have is when they are asked to put their seats up if they’ve reclined them.

For those keen to stay comfortable and continue to snooze this can be particularly annoying.

“The restriction on seat recline provides easier access to the aisles and also keeps your body in the safest position,” said Smith.

“It lessens whiplash-style injuries and prevents you from ‘submarining,’ as it’s called, under the seat belt.”

This leads Smith onto the importance of the seat belt during takeoff and landing.

“Keep your seatbelt low and tight,” the pilot advised. “Nothing is more aggravating than hearing a passenger voice the theory that should a crash occur, they are guaranteed to perish, so what’s the point?

“Most crashes do have survivors, and something as simple as a properly buckled belt could mean the difference between serious and minor injury.”

Cabin crew also ask fliers to keep their window blind up and open for the takeoff and landing, why is this? 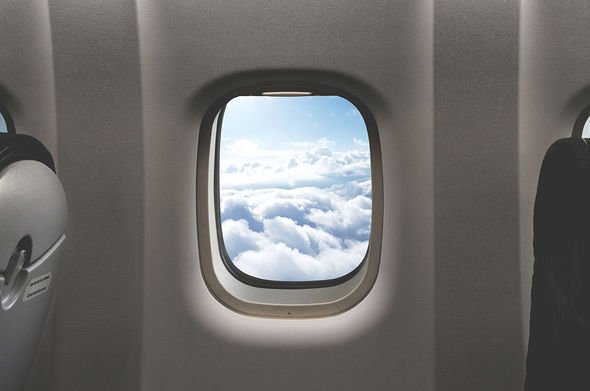 “Raising your window shade makes it easier for the flight attendant to assess any exterior hazards – fire, debris – that might interfere with an emergency evacuation,” wrote Smith.

“Dimming the lights is part of the same strategy. Burning brightly, the glare would make it impossible to see outside.

“And by readjusting your eyes you won’t be suddenly blinded while dashing for the doors in darkness or smoke. 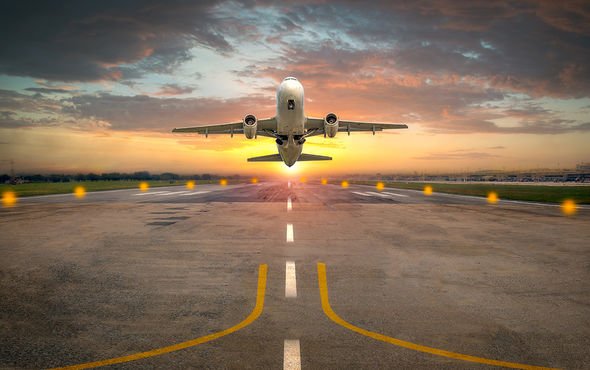 A flying doctor has also revealed one thing that passengers should never do during these two crucial points of a flight.

MacFarlane, author of Holiday SOS: Lifesaving Adventures of a Travelling Doctor, told MailOnline that plane passengers should not resort to chewing gum in a bid to beat ear pain because it could prove a choking risk.

“Forget about chewing gum to stop your ears hurting at take-off or landing,” the doctor penned. “Chewing makes us swallow more air – just like fizzy water. It’s also a choke-risk in turbulence or bumpy landings.

“Wiggling your lower jaw and doing some big fake yawns sorts your ears out more safely.”

The 25 Top Places to Go Apple Picking Across America

Tim Roxborogh’s travel bugs: Why I have a soft spot for Rainbow’s End’s treeless landscape