Flights are a popular way to travel for many people relying on speed and efficiency. However, one downside can be having to travel in an economy cabin in extremely close confines to your fellow fliers. In fact, passengers can be the difference between flight heaven and flight hell, as one traveller recently showed his seat mates.

The man was spotted brazenly watching an adult movie while sat in his economy seat.

Seated on the aisle row, the man is engaged in what appears to be a very rude video playing on his tablet screen.

The tablet is propped up on the tray table, and his position at the end of the row directly beside the aisle means that many of his fellow travellers are also subject to the lewd video.

It seems the passenger in question is quite relaxed however, and he reclines in his seat, hands clasped across his stomach. 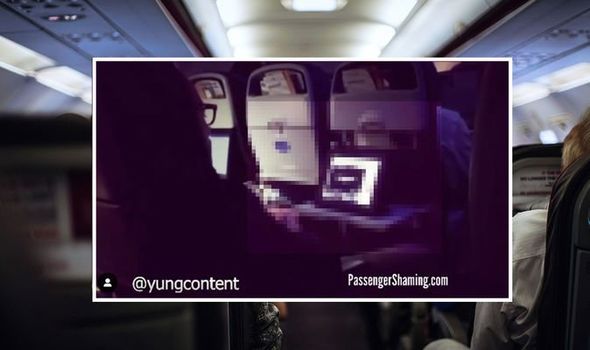 His face can not be seen as the video is filmed from behind.

The video was snapped by another passenger seated in a row across from the guilty party, and subsequently shared to Instagram @PassengerShaming.

Hundreds of travel enthusiasts have rushed to impact their opinion on the man’s actions, with the video currently amassing 200 comments.

Across the board, it seems onlookers are shocked that the man would choose this movie option in a public place.

One commenter dubbed the man a “creep”.

Another shocked viewer said: “That is insane. How does anyone think this is ok?”

Others described the scene as “disgusting” and “shameful.”

However, it seems this isn’t an isolated incident.

Indeed, one traveller explained they had experienced a similar situation.

“That happened on an international flight one time.

“I was so shocked and appalled! EVERYONE including children were subject to it.

“Is there anything that can be done? I just went back to my set nauseated and disgusted.” 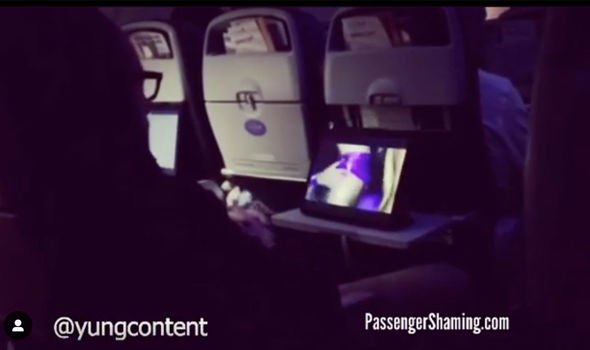 The person behind the Instagram account, who was once a flight attendant themselves, told travellers they should “tell a crew member” if they do notice something like this happening on a flight.

“When I was a flight attendant I had to shut this [stuff] down multiple times,” they added.

However, some travellers felt this is not enough, questioning the legality of this type of behaviour.

“I just don’t know how this isn’t illegal,” wrote one. 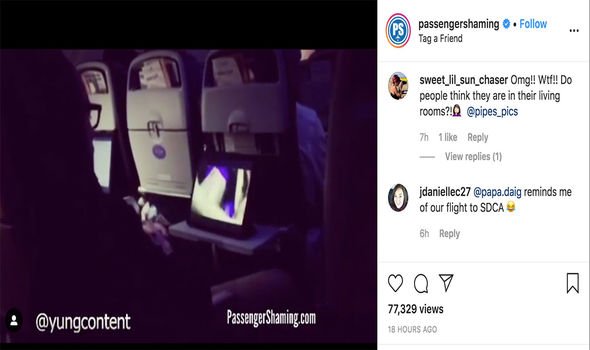 Indeed, where the law is concerned, watching x-rated videos in a public place isn’t technically against the law, though viewers could be subject to a fine.

Professor Clare Mcglnnn, a law specialist from Durham University, told the BBC that there is little to stop someone watching pornographic material in public.

“It’s like reading a book,” she says. “They are viewing lawful material which is freely available, and restricting people’s access to it presents other challenges.”

Apparently, the only way to prevent this behaviour is if the user is harassing someone or causing a disturbance with their lewd behaviour.

No Selfies Allowed! Tourists at This Phuket Beach May Face Death Penalty for Taking Photos